Across Syria, rebel-held areas are dotted with Islamic courts staffed by lawyers and clerics, and by fighting brigades led by extremists. Even the Supreme Military Council, the umbrella rebel organization whose formation the West had hoped would sideline radical groups, is stocked with commanders who want to infuse Islamic law into a future Syrian government.

Nowhere in rebel-controlled Syria is there a secular fighting force to speak of. 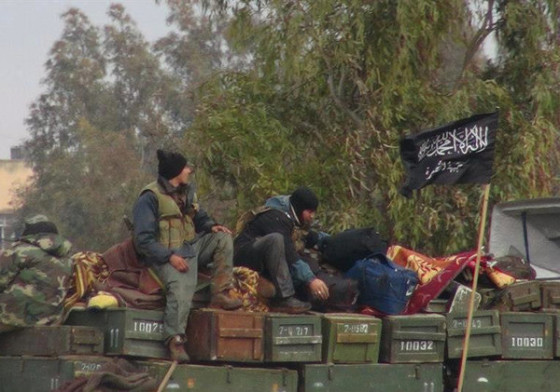 In Syria’s largest city, Aleppo, rebels aligned with Al Qaeda control the power plant, run the bakeries and head a court that applies Islamic law. Elsewhere, they have seized government oil fields, put employees back to work and now profit from the crude they produce.

“Some of the more extremist opposition is very scary from an American perspective, and that presents us with all sorts of problems,” said Ari Ratner, a fellow at the Truman National Security Project and former Middle East adviser in the Obama State Department. “We have no illusions about the prospect of engaging with the Assad regime — it must still go — but we are also very reticent to support the more hard-line rebels.”

The Islamist character of the opposition reflects the main constituency of the rebellion, which has been led since its start by Syria’s Sunni Muslim majority, mostly in conservative, marginalized areas. The descent into brutal civil war has hardened sectarian differences, and the failure of more mainstream rebel groups to secure regular arms supplies has allowed Islamists to fill the void and win supporters.

The religious agenda of the combatants sets them apart from many civilian activists, protesters and aid workers who had hoped the uprising would create a civil, democratic Syria.

Nusra has claimed responsibility for a number of suicide bombings and is the group of choice for the foreign jihadis pouring into Syria.

Another prominent group, Ahrar al-Sham, shares much of Nusra’s extremist ideology but is made up mostly of Syrians.

The two groups are most active in the north and east and are widely respected by other rebels for their fighting abilities and their ample arsenal, much of it given by sympathetic donors in the gulf. And both helped lead campaigns to seize military bases, dams on the Euphrates River and the provincial capital of Raqqa Province in March, the only regional capital entirely held by rebel forces.

When the armed rebellion began, defectors from the government’s staunchly secular army formed the vanguard. The rebel movement has since grown to include fighters with a wide range of views, including Qaeda-aligned jihadis seeking to establish an Islamic emirate, political Islamists inspired by the Muslim Brotherhood and others who want an Islamic-influenced legal code like that found in many Arab states.

“My sense is that there are no seculars,” said Elizabeth O’Bagy, of the Institute for the Study of War, who has made numerous trips to Syria in recent months to interview rebel commanders.

As extremists rose in the rebel ranks, the United States sought to limit their influence, first by designating Nusra a terrorist organization, and later by pushing for the formation of the Supreme Military Council, which is linked to the exile opposition group, the Syrian National Coalition.

Although led by an army defector, Gen. Salim Idris, the council has taken in the leaders of many overtly Islamist battalions. One called the Syrian Liberation Front has been integrated nearly wholesale into the council; many of its members coordinate closely with the Syrian Islamic Front, a group that includes the extremist Ahrar al-Sham, according to a recent report by Ms. O’Bagy, of the Institute for the Study of War.

A spokesman for the council, Louay Mekdad, said that its members reflected Syrian society and that it had no ties to Nusra or other radical groups. “The character of the Syrian people is Islamic, but it is stupid to think that Syria will turn into Afghanistan,” he said. “That’s just an excuse for those who don’t want to help Syria.”

Many rebels and opposition activists complain about the Western focus on Islamist groups, some even dismissing the opposition’s ideological differences.

“We all want an Islamic state and we want Shariah to be applied,” said Maawiya Hassan Agha, a rebel activist reached by Skype in the northern village of Sarmeen. He said a country’s laws should flow from its people’s beliefs and compared Syrians calling for Islamic law with the French banning Muslim women from wearing face veils.

“In France, people don’t like face veils so they passed laws against them,” he said. “It’s the same thing here. It’s our right to push for the laws we want.”