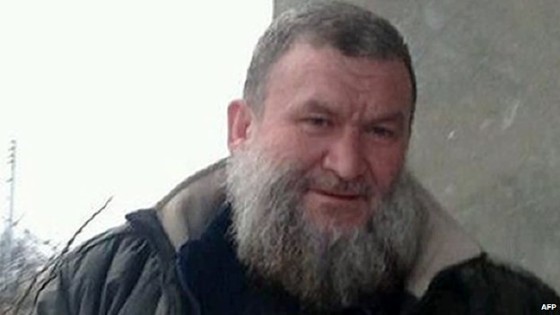 The Observatory for Human Rights in Syria said Abu Khalid al-Suri , a commander of the Salafi group Ahrar al-Sham, was killed along with six comrades by al-Qaida splinter group the Islamic State of Iraq and the Levant (Isil). It said Soury had fought in Iraq and Afghanistan.

Suri’s death will fuel the infighting among jihadis fighting the Syrian president, Bashar al-Assad, a violent rivalry that has killed hundreds of fighters in recent months.

Two rebels told Reuters that five Isil members had entered Ahrar al-Sham headquarters in Aleppo, engaged its fighters and then one Isil fighter blew himself up.

«Sheikh Abu Khaled was an important jihadi figure, he fought the Americans in Iraq and in Afghanistan. They [Isil] gave the Americans a present, a free gift, by killing him,» said a Syrian rebel close to the group.

«He was a very important commander, he is a close friend of Sheikh Ayman [al-Zawahiri] and he knew Sheikh Bin Laden.»

Syrian rebels mourning Suri posted his picture on social media accounts. A fighter called for revenge saying that Isil had «pushed it too far this time».

Suri was born in Aleppo in 1963. A senior rebel source said he had been based in Afghanistan but was sent by Zawahiri to Syria a few months ago on a mission to try to end the infighting.

Sources said that, by killing Suri, Isil had taken the war between jihadi factions to a new level, and that the decision to kill him must have been taken by the high command of Isil, most probably its leader Abu Bakr al-Baghdadi, who fell out last year with Zawahiri and the leader of the Syrian al-Qaida group the al-Nusra Front.

«Sheikh Abu Khaled was influential among the jihadis, specially among the Isil fighters. He was the only one who could make them change their minds and stop the fighting,» another source said.