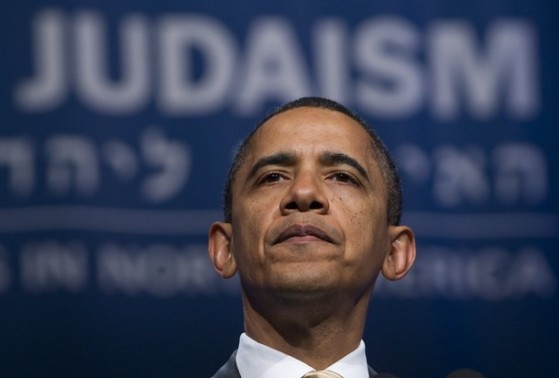 So this week — (applause) — congregations around the world will retell the story of Joseph. (Applause.) As any fan of Broadway musicals will tell you — (laughter) — there is a lot going on in this reading. (Laughter.) But many scholars have focused on a single word that Joseph uses when he replies to his father Jacob.

In Hebrew, that word is «hineni.» It translates — (applause) — it translates to «Here I am.» Hineni. It’s the same word Abraham uses to reply to God before the binding of Isaac. It’s the same word Moses uses when God summons him from the burning bush. Hineni. The text is telling us that while Joseph does not know what lies ahead, he is ready to answer the call.

In this case, «hineni» leads Joseph to Egypt. It sets in motion a story of enslavement and exodus that would come to inspire leaders like Martin Luther King as they sought freedom. It’s a story of persecution and perseverance that has repeated itself from Inquisition-era Spain to Tsarist Russia to Hitler’s Germany.

Now, that vision begins with a strong and secure State of Israel. (Applause.) And the special bonds between our nations are ones that all Americans hold dear because they’re bonds forged by common interests and shared values. They’re bonds that transcend partisan politics — or at least they should. (Applause.)

We stand with Israel as a Jewish democratic state because we know that Israel is born of firmly held values that we, as Americans, share: a culture committed to justice, a land that welcomes the weary, a people devoted to tikkun olam. (Applause.)

I said it in September at the United Nations. I said it when I stood amid the homes in Sderot that had been struck by missiles: No nation can tolerate terror. And no nation can accept rockets targeting innocent men, women and children. No nation can yield to suicide bombers. (Applause.)

And as Ehud has said, it is hard to remember a time when the United States has given stronger support to Israel on its security. In fact, I am proud to say that no U.S. administration has done more in support of Israel’s security than ours. None. Don’t let anybody else tell you otherwise. It is a fact. (Applause.)

I’m proud that even in these difficult times we’ve fought for and secured the most funding for Israel in history. I’m proud that we helped Israel develop a missile defense system that’s already protecting civilians from rocket attacks. (Applause.)