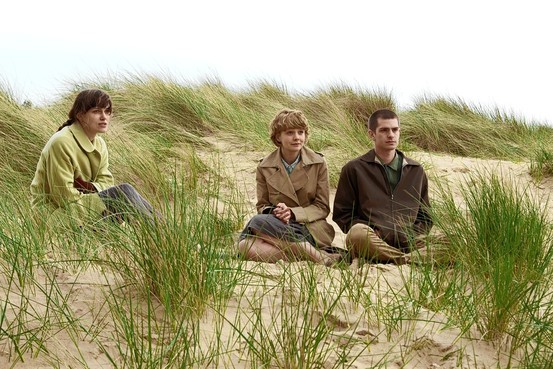 En spesiell film: This adaptation of Kazuo Ishiguro’s novel was directed by Mark Romanek from a screenplay by Alex Garland. The book was an exceedingly slow reveal. Ever so gradually did it let the reader know that a key setting, an English boarding school called Hailsham in the 1970s, was part of an alternate sci-fi universe not unrelated to such classic dystopias as «Soylent Green.» Ever so gradually did the school’s ostensible students discover that they were carefully nurtured clones who would die after donating their organs to long-lived residents of an England they were barely aware of.