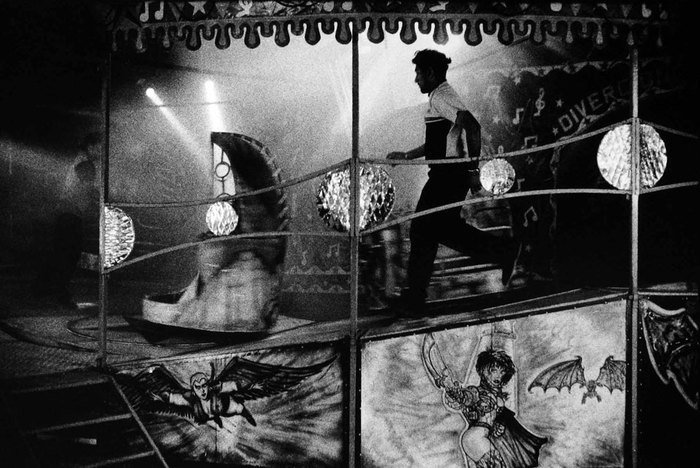 Lange studied photography at the University of Minnesota and made documentary films in Europe in the late 1960s, before engulfing herself in an acting career. She returned to photography many years later, when her longtime partner Sam Shepard brought a Leica home from a movie set.

«It was great,» Lange told New York magazine. «I’d go down into the basement after the kids were in bed, put one some Al Greene and Same Cooke, and develop pictures.

«It’s a great counterpoint to filmmaking,» Lange explained, «because it’s a private, solitary experience. It’s like writing or painting; it’s something you can do on your own. Acting is a co-dependent art form, and the actor is not in control. And filmmaking definitely informs the decision to photograph something. I’m drawn to situations with a dramatic feel to them as far as lighting or backdrop or people’s presence, the way someone stands.»

A book of Lange’s work was published last year (powerHouse, $60) titled 50 Photographs by Jessica Lange, with an introduction by musician Patti Smith.