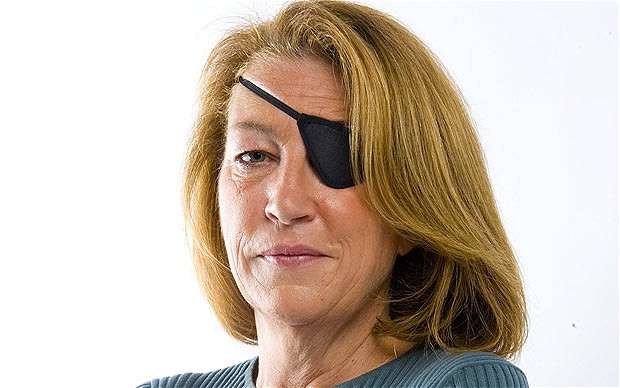 Sunday Times journalist Marie Colvin delivered the address and insisted that war reporting must continue despite the dangers.

She said: «Despite all the videos you see from the Ministry of Defence or the Pentagon, and all the sanitised language describing smart bombs and pinpoint strikes… the scene on the ground has remained remarkably the same for hundreds of years. Craters. Burned houses. Mutilated bodies. Women weeping for children and husbands. Men for their wives, mothers children.

«Our mission is to report these horrors of war with accuracy and without prejudice.

«We always have to ask ourselves whether the level of risk is worth the story. What is bravery, and what is bravado?

«Journalists covering combat shoulder great responsibilities and face difficult choices. Sometimes they pay the ultimate price. Tonight we honour the 49 journalists and support staff who were killed bringing the news to our shores. We also remember journalists around the world who have been wounded, maimed or kidnapped and held hostage for months.

«It has never been more dangerous to be a war correspondent, because the journalist in the combat zone has become a prime target.»

Colvin was reporting on a secret humanitarian disaster in the north of Sri Lanka in 2001 for the Sunday Times when she was attacked trying to re-enter the south of the country and lost her eye to a shrapnel wound. Journalists were then banned from the north and she said she is convinced she was deliberately targeted by soldiers.

Colvin said she was last month discussing the dangers of covering Afghanistan with photographer Joao Silva over a coffee in Kandahar.

«We talked about the terror one feels and must contain when patrolling on an embed with the armed forces through fields and villages in Afghanistan…putting one foot in front of the other, steeling yourself each step for the blast. The expectation of that blast is the stuff of nightmares. Two days after our meeting Joao stepped on a mine and lost both legs at the knee.»

She added: «Today we must also remember how important it is that news organisations continue to invest in sending us out at great cost, both financial and emotional, to cover stories.

«We go to remote war zones to report what is happening. The public have a right to know what our government, and our armed forces, are doing in our name…. Our mission is to speak the truth to power. We send home that first rough draft of history. We can and do make a difference in exposing the horrors of war and especially the atrocities that befall civilians.»

She said: «In an age of 24-7 rolling news, blogs and twitters, we are on constant call wherever we are. But war reporting is still essentially the same – someone has to go there and see what is happening.

«You can’t get that information without going to places where people are being shot at, and others are shooting at you. The real difficulty is having enough faith in humanity to believe that enough people be they government, military or the man on the street, will care when your file reaches the printed page, the website or the TV screen. We do have that faith because we believe we do make a difference.

«And we could not make that difference – or begin to do our job – without the fixers, drivers, and translators, who face the same risks and die in appalling numbers. Today we honour them as much as the front line journalists who have died in pursuit of the truth. They have kept the faith as we who remain must continue to do.»

……..
The names read out included Sunday Mirror journalist Rupert Hamer, killed by an improvised explosive device in Afghanistan in January this year; ITN journalist Terry Lloyd, killed after coming under fire from the US military in Iraq in 2003 and Martin O’Hagan, murdered in 2001 by the Loyalist paramilitaries whose gangster activities he had exposed.

Last night’s service also honoured the many less well known fixers, drivers and other support workers who have been killed helping British journalists report from conflict zones over the last decade.

These included The Times’s driver for seven years in Iraq, Yasser (his surname cannot be reported so he was not on the list of 48), killed by a bomb in January this year. Times journalist James Hider’s tribute to Yasser was read out, in which he described him as “one of the unsung, uncredited heroes of war most people would rather forget…a friend and heroic colleague who will be missed forever”.

Journalists and media workers killed reporting conflict for the British Media since 2000:

Christians Beheaded for Christmas, The West Goes Back to Sleep - 5. januar 2020