Calling Prophet Muhammad a Pedophile Does Not Fall Within Freedom of Speech: European Court 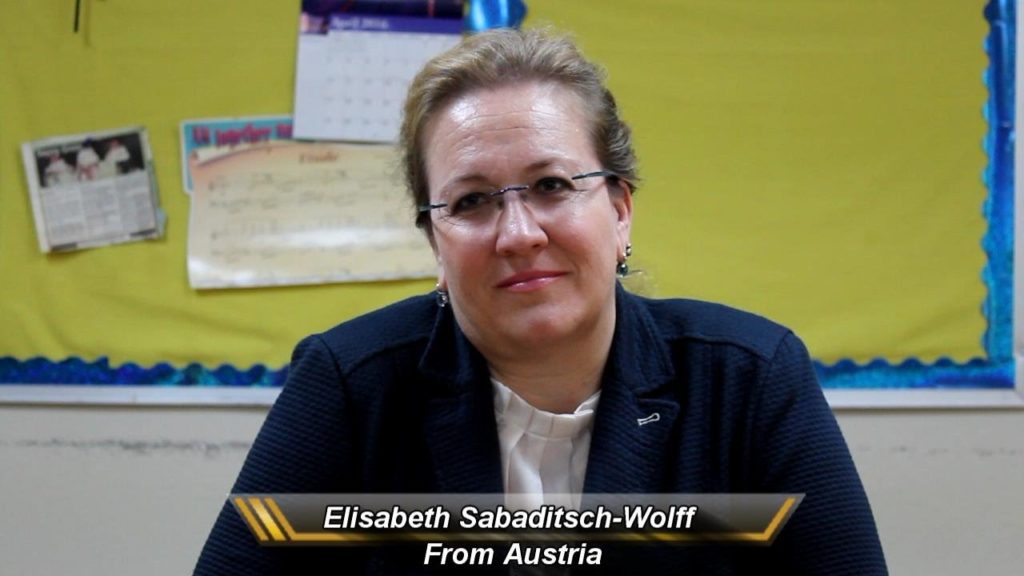 Calling Muhammad a prophet now seems to be binding on non-Muslim headline writers. I don’t really have anything to say about this case that I haven’t said a decade and a half back and at great length in my book America Alone (personally autographed copies of which, etc, etc) – to whit, absent any reversal of the demographic trends, some of the oldest nations in Christendom would soon beginning making their accommodations with an ever more assertive Islam.

But, alas, nobody who matters listened to me, and thus «soon» has now arrived – which is why the most powerful European institutions (courts, media, police, bureaucracy) are increasingly eager to shovel core western liberties into the landfill.

With regard to this particular case, I wrote it about it at the time – seven long years ago:

Consider the case of Elisabeth Sabaditsch-Wolff, a Viennese housewife who has lived in several Muslim countries. She was hauled into an Austrian court for calling Mohammed a pedophile on the grounds that he consummated his marriage when his bride, Aisha, was nine years old. Mrs. Sabbaditsch-Wolff was found guilty and fined 480 euros. The judge’s reasoning was fascinating: ‘Paedophilia is factually incorrect, since paedophilia is a sexual preference which solely or mainly is directed towards children. Nevertheless, it does not apply to Mohammad. He was still married to Aisha when she was 18.’

Ah, gotcha. So, under Austrian law, you’re not a pedophile if you deflower the kid in fourth grade but keep her around till high school. There’s a useful tip if you’re planning a hiking holiday in the Alps this fall. Or is this another of those dispensations that is not of universal application?

We now know the answer to that question. For the record, I have met Mrs Sabaditsch-Wolff just once – at the European Parliament a few years back. She is a most forceful and engaging personality. You get no sense of that from the Court’s decision, of course, where the appellant has degenerated to a mere set of initials – «E S». One of the revolting aspects of Continental «justice» is the way the police and media preference for the non-identification of «victims» has expanded to a general denial of the specific humanity of those who come before the courts. I had cause the other day, over a recent filing re that litigious CRTV tosser Cary Katz, to recall the ancient legal principle that the public has the right to every man’s evidence. But, increasingly, not in Europe. So Mrs Sabaditsch-Wolff is now «E S».

The ruling itself is a sobering read. You’ll recall a few years back that President Obama assured us that «the future will not belong to those who slander the Prophet of Islam». De facto, that appears to be true, but de jure it’s a problematic concept in that, in English law and elsewhere, it’s not technically possible to «slander» a bloke who’s been six foot under for 1,400 years. You can’t libel the dead. So instead the Euro-jurists have been forced to take refuge in the slippery concept (very familiar to those of us who’ve been ensnared in Canada’s «human rights» machinery» of «balance«:

In today’s Chamber judgment 1 in the case of E.S. v. Austria (application no. 38450/12) the European Court of Human Rights held, unanimously, that there had been:

no violation of Article 10 (freedom of expression) of the European Convention on Human Rights.

The case concerned the applicant’s conviction for disparaging religious doctrines; she had made statements suggesting that Muhammad had had paedophilic tendencies .

The late Jennifer Lynch, QC, then head of the Canadian «Human Rights» Commission, used to talk about «balancing» free speech with other rights – and, then as now, «balancing» is code for nullifying: If your right to free speech has to be balanced with people’s «feelings», then as a practical matter there is no free speech.

There is also no truth: It is not the defendant who «had made statements suggesting that Muhammad had had paedophilic tendencies» but the Hadith, which after the Koran are the most sacred foundational texts of Islam and in whose literal truth Muslims are enjoined to believe:

[60] What about he, who consummated marriage with a girl of nine

5158- Urwa narrated: The Messenger of Allah ‘Allah’s blessing and peace be upon him’ married A’isha when she was six years old, and consummated his marriage with her when she was nine. She remained with him nine years (till he died).

So it’s not that it’s illegal to «suggest» that the Big Mo «had paedophilic tendencies», it’s just illegal to suggest there’s anything wrong with that. As I wrote seven years ago, this dispensation is not of universal application. As our old friend Douglas Murray points out, if Mohammed had been a Radio 1 disc-jockey co-presenting «Top of the Pops» with Jimmy Savile circa 1973, he’d be in big trouble right now. Because a man in bell-bottoms and a cheesecloth shirt who copped a feel during the intro to «All the Young Dudes» isn’t merely a suggestion of paedo tendencies, but a copper-bottomed confirmation thereof that the police will devote massive resources to prosecuting forty years on.

On the other hand, if you spent (like the girls I met two years ago) a decade of your life being passed around dozens, hundreds of «Asian» men in Rotherham, Telford, Rochdale, Oxford, Bristol, Sheffield, Newcastle and on and on, that’s rather bad luck on your part but it’s not really a «suggestion» of anything prosecutable, is it? Especially if you’re suggesting that there might be any connection between the relaxed attitude to child sexual abuse that one observes in, ahem, certain communities throughout Europe and scriptural authorities that might provide a justification thereof. As the European Court noted:

The national courts found that Mrs S. had subjectively labelled Muhammad with paedophilia as his general sexual preference, and that she failed to neutrally inform her audience of the historical background, which consequently did not allow for a serious debate on that issue.

That is a disturbing basis on which to license speech. The full decision goes even further, and is a revealing glimpse of the state’s willingness to shrivel «free speech» to the point where the term is rendered meaningless:

The Regional Court further stated that anyone who wished to exercise their rights under Article 10 of the Convention was subject to duties and responsibilities, such as refraining from making statements which hurt others without reason and therefore did not contribute to a debate of public interest. A balancing exercise between the rights under Article 9 on the one hand and those under Article 10 on the other needed to be carried out. The court considered that the applicant’s statements were not statements of fact, but derogatory value judgments which exceeded the permissible limits. It held that the applicant had not intended to approach the topic in an objective manner, but had directly aimed to degrade Muhammad. The court stated that child marriages were not the same as paedophilia, and were not only a phenomenon of Islam, but also used to be widespread among the European ruling dynasties.

Great. So maybe in Rotherham they should just start marrying the six-year-olds and all will be well. It should hardly be necessary to state that freedom of speech except for «statements which hurt others» and do «not contribute to a debate» or «approach the topic in an objective manner» is not freedom of speech at all, but merely-narrowly construed state-regulated speech. And in Europe the courts are perfectly cool with that:

The interference with the applicant’s freedoms under Article 10 of the Convention had therefore been justified. As to the applicant’s argument that those who participated in the seminar knew of her critical approach and could not be offended, the Court of Appeal found that the public seminar had been offered for free to young voters by the Austrian Freedom Party Education Institute, and at least one participant had been offended, as her complaints had led to the applicant being charged.

That was an anonymous undercover «journalist» – because the media regard «E S» as a greater threat than the Islamization of Austria.

I see that Irish voters have just voted to repeal their ancient and unused (Christian) blasphemy laws following a similar repeal a decade ago in England and Wales. Scotland and Northern Ireland retain them, so the advice on either side of the Irish Sea is, if minded to Christian heresy, take a short drive south. But where do you motor if minded to Islamic apostasy? From the Court’s conclusion:

The Court found in conclusion that in the instant case the domestic courts carefully balanced the applicant’s right to freedom of expression with the rights of others to have their religious feelings protected, and to have religious peace preserved in Austrian society

The Court held further that even in a lively discussion it was not compatible with Article 10 of the Convention to pack incriminating statements into the wrapping of an otherwise acceptable expression of opinion and claim that this rendered passable those statements exceeding the permissible limits of freedom of expression.

The right «to have religious peace preserved in Austrian society»: Good luck with that. There will be much more of this: In the interests of «religious peace», the prohibitions of Islam are being extended to infidels, and the linguistic contortions of courts and media and police and bureaucrats confirm that Europe has moved on to the next tragic stage of its civilizational suicide: rationalizing its surrender.

~We had a busy weekend at SteynOnline starting with the aforementioned special Free Speech edition of The Mark Steyn Show, in which Kathy Shaidle, Tal Bachman, Andrew Lawton and I chewed over the subject with the help of a live audience of Mark Steyn Club members. Our Saturday movie date celebrated a cinematic classic, Fellini’s Nights of Cabiria. And on the eve of the midterm elections our Sunday Song of the Week offered the biggest hit in the gubernatorial songbook: «You Are My Sunshine.» If you’re fearful that your sunshine is about to get taken away tomorrow, or that in Europe it’s already been taken away, we hope one or two of the foregoing will provide some consolation.

The Mark Steyn Show is made possible through the support of Mark Steyn Club members, as is our monthly series of audio adventures, Tales for Our Time, the latest of which will be launching this Friday. We’d love to have you on board if you’re so inclined.

If you prefer live stage performance, the legendary Dennis Miller and the not so legendary me will be together for the first time in a mini-tour of Pennsylvania and western New York. You can pre-book tickets for Reading, Syracuse, Wilkes-Barre and Rochester – and at all four shows there’s a special opportunity to meet Dennis and me after the show.

Before that – this Saturday, in fact, November 10th – I’ll be at the Ritz Carlton in San Francisco at a gala fundraiser for the indispensable Pacific Research Institute with the equally indispensable Victor Davis Hanson. Mark Steyn Club members can get a $50 discount on tickets by clicking hereand scrolling down.

Catch you on the telly tonight with Tucker live across America at 8pm Eastern/5pm Pacific, and tomorrow for our Election Day Clubland Q&A. Anyone can listen from anywhere in the world, and Mark Steyn Club