Death to Free Speech in the Netherlands – Again

A Dutch appeals court recently upheld the conviction of Geert Wilders for supposedly insulting Moroccans in comments he made at an election rally in 2014. Photo: REUTERS / Francois Walschaerts / NTB scanpix

A Dutch appeals court recently upheld the conviction of Dutch politician Geert Wilders for supposedly insulting Moroccans in comments he made at an election rally in 2014. At the same time, however, the appeals court overturned Wilders’ conviction for inciting hatred or discrimination against Moroccans.

At an election rally in The Hague in March 2014, as leader of the Partij voor de Vrijheid (Party for Freedom), reportedly the country’s most popular opposition party today, Wilders asked those present, whether they wanted «more or fewer Moroccans?» After the crowd chanted «fewer, fewer» Wilders said, «We’re going to organize that.»

Wilders was prosecuted and convicted in December 2016 on two counts: First for «deliberately insulting a group of people because of their race.» Second, for «inciting hatred or discrimination against these people.» Wilders did not receive any punishment then, nor will he now: Judge Jan Maarten Reinking stated, «The accused has already for years paid a high price for expressing his opinion,» referring to the fact that Wilders has lived under constant police protection for more than a decade and still receives constant threats. Most recently, Al Qaeda issued a threat against Geert Wilders, among others. «Terrible news,» Wilders called the threat.

«I was already on their hit list, already have two fatwas from Pakistan and now another call for murder from al-Qaeda. Disgusting. This has cost me my freedom for 16 years, something that I would not wish on my worst enemy.»

In his reasoning for upholding the verdict for «insulting a group of people because of their race,» Reinking said that Wilders’ comments «can contribute to polarisation within Dutch society, while in our democratic, pluralistic society, respect for others, especially minority groups, is of great importance». Reinking added:

«Although offensive statements are protected to a certain extent by the right to freedom of expression, in this case the suspect has gone too far and is thus guilty of a criminal offense.»

There was no nod to the primacy in a free society of being able to speak freely without the fear — as in the former Soviet Union — of being hauled into court by the state. As the Soviet dissident Natan Sharansky stated:

«But for all of us it was absolutely obvious that we all wanted to live in a society where people can…. present their views… and not to be punished for this. It is called the town square test, where every person can go in the center of the town, say what he or she thinks, what she believes, to insist on their right to promote these views, and will not be arrested and will not be punished for this. And if that is possible, that is a free society. If it is not permitted it is a fear society. And there is nothing in between.»

«The Netherlands has become a corrupt country», Wilders stated after the verdict.

«Moroccans who set our cities and neighborhoods on fire usually get away with it… but the leader of the largest opposition party who asks a question about Moroccans with which millions of Dutch agree, has been convicted in a political trial. Because that is exactly what this is… the judge has disposed of… freedom of expression… And this is not just about my freedom of speech, but about everyone’s. I am of course glad that the accusation… in the earlier conviction, by the court, when it comes to inciting discrimination, has now become an acquittal. That incitement to hatred has not been proved either… But convicted – albeit without punishment – for group insult, in a political trial».

Wilders was presumably referring to riots that recently took place in several Dutch cities, in which young Dutch-Moroccans, among rioters from other immigrant communities, reportedly engaged in «rioting, public assault, threatening behavior and violating the emergency order put to stop the unrest».

Wilders also announced that he would appeal the verdict of the appeals court to the Dutch Supreme Court. «Of course we will appeal and we will go to the Supreme Court because the verdict and the guilty sentence are ridiculous,» Wilders said.

The Netherlands is a party to the European Convention of Human Rights, article 10 of which states the following:

1. Everyone has the right to freedom of expression. This right shall include freedom to hold opinions and to receive and impart information and ideas without interference by public authority and regardless of frontiers…

2. The exercise of these freedoms, since it carries with it duties and responsibilities, may be subject to such formalities, conditions, restrictions or penalties as are prescribed by law and are necessary in a democratic society, in the interests of national security, territorial integrity or public safety, for the prevention of disorder or crime, for the protection of health or morals, for the protection of the reputation or rights of others, for preventing the disclosure of information received in confidence, or for maintaining the authority and impartiality of the judiciary.

In its case law[1], the European Court of Human Rights has stated that Article 10 protects not only «the information or ideas that are regarded as inoffensive but also those that offend, shock or disturb; such are the demands of that pluralism, tolerance and broad-mindedness without which there is no democratic society. Opinions expressed in strong or exaggerated language are also protected».

Also, according to the European Court of Human Rights’ case law,

«…the extent of protection depends on the context and the aim of the criticism. In matters of public controversy or public interest, during political debate, in electoral campaigns… strong words and harsh criticism may be expected and will be tolerated to a greater degree by the Court».

Asking whether voters want fewer Moroccans in their city or country may seem, to some, offensive. However, what seems offensive is often extremely subjective. In Morocco, in May, actor Rafik Boubker was arrested for «blasphemy» for posting a video in which he told people «to make their ablution with wine and perform prayers with whiskey.» The video reportedly «angered millions of Moroccans. The actor rapidly released another video, apologizing to his fans and followers for the statements».

In the Sudan, in 2007, the authorities sentenced an English teacher to two weeks in prison and deportation for «insulting Islam,» because she had allowed her primary school students to name a teddy bear a common man’s name there, Mohammed. Meanwhile, she was threatened with death.

Freedom of speech means the right to offend. As Sigmund Freud, quoting the neurologist John Hughlings Jackson, reportedly put it, «the man who first flung a word of abuse at his enemy instead of a spear was the founder of civilization». Speech with which everyone agrees does not need protection.

In the light of the case law of the European Human Rights Court, which specifically protects the political speech of political actors and political campaigns, it is difficult to see how the question Wilders posed could legitimately be limited in accordance with article 10 (2). Wilders did not incite to violence, nor did he jeopardize national security or public safety or any of the other concerns noted as relevant to limiting free speech.

It will now be up to the Dutch Supreme Court to determine whether it wants a «free society» or a «fear society». As Sharansky notes, «There is nothing in between.» 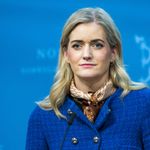 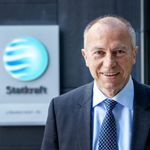 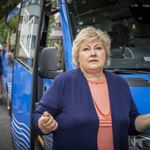 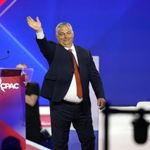 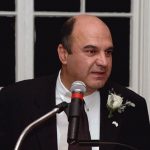