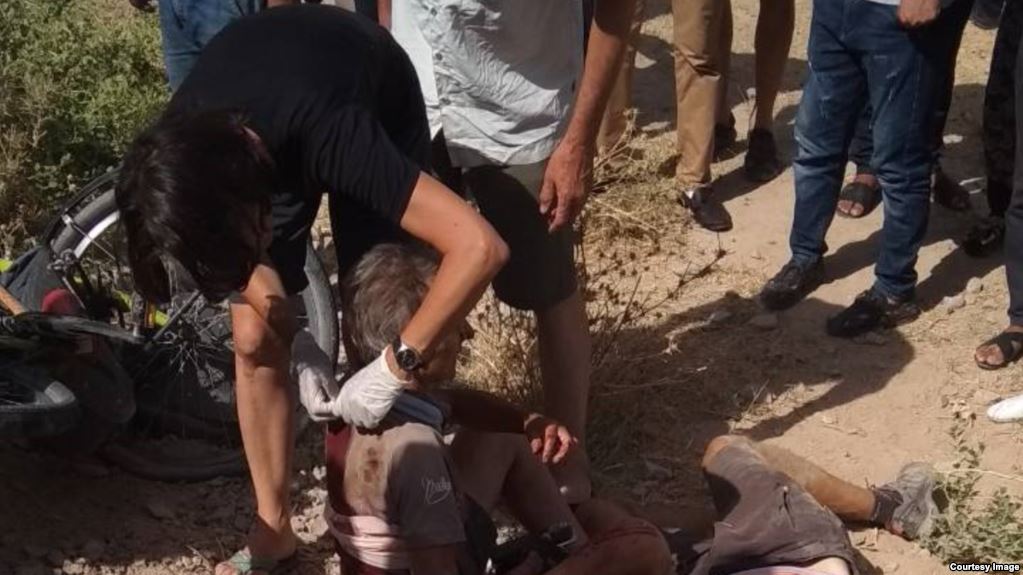 Tajik officials say terrorism is being considered as a motive in the killing of four foreign cyclists who were attacked by at least one assailant with a gun and knife after being hit by a vehicle on a road in southern Tajikistan.

Interior Minister Ramazon Rakhimov said on July 30 in Dushanbe that a special group of government officials has been created to investigate the incident in which two Americans, one Dutchman, and a Swiss citizen were killed.

At least three other foreigners were injured in the incident on July 29 in the Danghara district of the Khatlon region, about 150 kilometers south of the capital.

«The driver and passengers of a car that hit the foreign tourists got out of the car and attacked [the cyclists] with a firearm and a knife,» said Rakhimov. He said the car left the scene after the attack.

Knife wounds were found on the bodies of those killed, the Khatlon Health Department said.