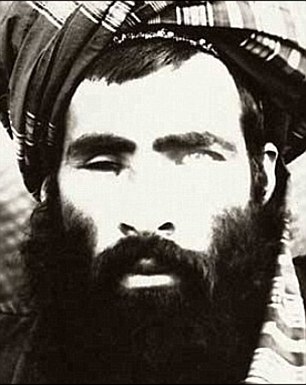 Foto: Senior Taliban figures also told the AP that Mullah Omar had died and his son, Yaqub, confirmed in a telephone call that his father was dead, but did not provide any further details.

In the statement, Mullah Omar’s family praised his dedication to jihad, or holy war, against the U.S.-led coalition and said it was the «duty of all Muslims» to follow his example by establishing Sharia law in Afghanistan. They also maintained Mullah Omar never left Afghanistan after his government was toppled in 2001 — an assertion that contradicts the widespread belief that he fled to Pakistan, where he received refuge as he led the insurgency for a number of years.

«During 14 years of jihad against the U.S., Mullah Omar never left Afghanistan for one day, even to go to Pakistan or to any other country,» the statement said, adding that he remained in Afghanistan through two weeks of serious illness before passing away. It provided no details.

But Mullah Mansoor is said to be close to Pakistani authorities, who in recent months have moved to improve relations with Afghanistan and who hosted peace talks between the government and the Taliban earlier this month.

Mansoor’s newly appointed deputy is Sirajuddin Haqqani, the leader of a powerful insurgent network allied with al-Qaida that has carried out scores of attacks on U.S. and NATO forces in Afghanistan. The U.S. government has offered a $5 million reward for information leading to his capture.

Mullah Mansoor was a senior figure in the Taliban and had been acting as Mullah Omar’s deputy for the past three years. If Mullah Omar passed away more than two years ago, as the Afghan government says, then Mullah Mansoor may have been effectively leading the group for some time now, including during the recent peace efforts.

Mansoor was aviation minister during the Taliban’s 1996-2001 rule. After the U.S.-led invasion that toppled the Taliban, he was put in charge of political and military affairs in the Supreme Council, a seven-member body which takes major decisions. The same body appointed him to succeed Mullah Omar in a decision announced Thursday, making him only the second man to lead the group since its founding in the mid-1990s.

Like his predecessor, Mullah Mansoor hails from Kandahar province, the Taliban’s heartland. And like Mullah Omar, details about his exact age, family and whereabouts are largely unknown outside the secretive upper echelons of the group. He’s believed to be in his late 40s.

Pakistan’s Foreign Ministry said Thursday it was postponing the peace talks due to the «uncertainty» surrounding Mullah Omar’s death and gave no new date for the negotiations.

The first round of the official, face-to-face discussions was hosted by Islamabad earlier this month. The meeting was supervised by U.S. and Chinese representatives and ended with both sides agreeing to meet again.

It was not immediately clear if the latest developments had scuttled the peace process altogether or whether it was just a serious setback.

Political analyst Ahmad Saeedi said the Taliban’s statement could signal a total rejection of the talks.

«I’m pretty sure there will be no peace deal,» he said.