Terrorism works because fear is contagious. We pretend it isn’t and proclaim “Je Suis Charlie” in supposed defiance of terrorist acts such as January’s shooting rampages at the headquarters of Charlie Hebdo magazine and a kosher supermarket. But events in Copenhagen in February are a good reminder of the reality. 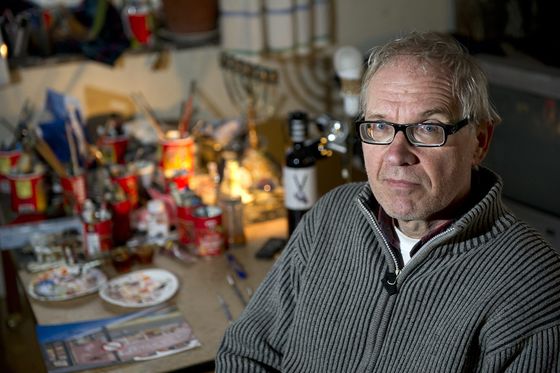 The people attending the free-speech discussion at the Copenhagen cafe that was attacked on Feb. 14 really were “Charlie.” The event was organized by the Lars Vilks Committee. This group was established two years ago by eight Danish media figures from the political left and right to provide support to the Swedish artist for whom the committee was named. The nonprofit, low-budget association organizes discussions where panelists—including artists and art critics but also businessmen, feminists and others—can have a normal interaction with a man for whom normal interaction has become nearly impossible.

After the violent uproar stemming from a Danish newspaper’s publication of cartoons of Muhammad in 2005, most artists and cartoonists learned the lesson Islamists hoped they would extract from the world-wide attacks and burnings. They decided that you shouldn’t perpetrate what might be perceived as an act of Islamic blasphemy even in a free European country. Very few people rowed against this tide of fear. One of them was Mr. Vilks.

In 2007 Mr. Vilks delivered a series of drawings for a Swedish art exhibition on dogs. The drawings portrayed Muhammad as a dog at the center of a Swedish traffic roundabout and swiftly caused controversy, fear and the withdrawal of the works. They were subsequently published in a number of Swedish papers and sparked a rerun of the Danish-cartoons debate. Mr. Vilks knew what he was doing, but says he wanted to point out the political hypocrisy of the Swedish art scene, where virulent attacks on Israel and the U.S. are the norm but nobody dares draw images of Islam’s founder.

The world was once again reminded of why. Al Qaeda offered a bounty for Mr. Vilks’s murder in 2007, and since 2010 the artist has lived under armed security provided by the Swedish government and has survived a number of attacks.

His life may be protected, but his career is effectively over. Once you become this notorious, it is very difficult, if not impossible, to get published. Galleries that might have hosted exhibitions of your work start to cite security concerns. Gradually the formal and informal professional networks drift away. This was why the Lars Vilks Committee was formed. As one of the organizers, Danish writer Helle Brix, said to me after the Copenhagen attack, “We agreed that Mr. Vilks should not be alone in the world.” Previous events have included discussions on political art, women, freedom and pornography.

February’s event, their eighth, was slated to discuss free speech, with presentations from one of the founders of the feminist group Femen and from Agnieszka Kolek, the curator of “Passion for Freedom,” an art exhibition in London. In 2013, the exhibition found itself homeless after the gallery it was meant to be opening in cited “security concerns” and threats that may have been related to works such as one calling attention to Iran’s stoning of women accused of adultery.

So even before the gunman attempted to shoot his way into the cafe there was a climate of threat. The small number of people in that cafe, only a couple dozen, were on the very frontline of all our freedoms.

Who cares if we can or can’t draw or publish cartoons of Muhammad? It is a serious question requiring a serious response. The first reason is that if the cartoonists agree to give up, then what must be given up next to placate the extremists? After escaping the scene of the first shooting, the gunman went on to the local synagogue. What should Jews do?

The second serious reason is that we need to defend the right of people to draw what they want for the same reason people need to be able to write and say what they want—to have a level playing field in the battle of free ideas and because good ideas will chase out bad ones. The participants in Copenhagen knew that. One of their number—the 55-year-old film director Finn Nørgaard —was shot and killed for it.

The Lars Vilks Committee intends to fight on. But a question lingers. As these atrocities happen will more people join their fight, or fewer? Will Mr. Vilks be more alone or less alone after one of his audience members has been shot dead? Most of us know the answer, though we are loath to admit it. And that is why a tiny number of Danes and other Europeans are holding the line for all our freedoms. And why, for now at least, the terrorists are succeeding.

Newspaper Adresseavisen on the Barricades for the Right to Provoke! - 20. oktober 2010