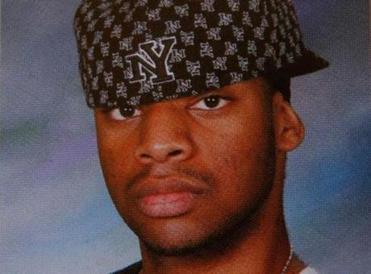 On Tuesday, June 2, a 26-year old man, Usaama Rahim, was shot and killed by a Boston Police officer and FBI agent. Boston Police and federal law enforcement sources say that Rahim, who made a living as a security guard, was under surveillance. Officials believe that he was radicalized by ISIS and was planning to behead someone. One name that apparently came up in his conversations was that of blogger and activist Pamela Geller. However, Rahim subsequently appears to have decided to target what he called in one conversation the ‘boys in blue’ (the police). On the basis of Rahim’s conversations, the police and FBI anti-terror investigators decided it was time to move in. When they did so, Rahim threatened them with a military-style knife, and after refusing to give it up, was shot dead by a police officer and FBI agent.

This is the sort of event that can now happen on a regular basis in America and other Western countries. The ability of ISIS to reach and influence citizens far away from Iraq and Syria has been shown a number of times to date, most recently last month in Garland, Texas, where two men attempted to attack a Mohammed cartoon contest organized by Pamela Geller. That is what happened. But what happened next in some ways deserves more focus.

In the hours after the shooting, there was intense media interest in what the police knew about the dead suspect. The name of Ms. Geller came out. And something subtly changed. In a set of media interviews with Ms. Geller and with her colleague at the American Freedom Defense Initiative, Robert Spencer, their interviewers expressed relief that they were safe — and then turned on them. 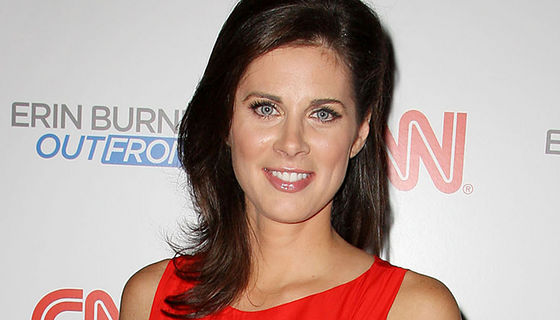 The nadir was an interview on CNN conducted by Erin Burnett, where the news anchor questioned Ms. Geller down the line. The interview is well worth watching, if for nothing else than for what should become a seminal example of the mess the West has got itself into on these questions. The interviewer got herself into an oddly self-strangulating position from the start when she mentioned to Geller, «Obviously the Prophet Mohamed cartoon exhibition in Texas — you were the one behind that. Obviously people died during that. There was a gunfight.» This is presenting facts in a weirdly neutral light. Of course, as Geller pointed out to Burnett, it was not the case that «people died» during the cartoon exhibition. Two men who came to the event, apparently intent on mass murder, fired at police officers and security guards (wounding one), and were then themselves killed by police returning fire. But it soon became clear that this was just the groundwork of a bigger point that the CNN interviewer was gearing up to make.

«On that ‘Draw Mohammed’ cartoon event in Texas, obviously you know some people see it very differently from how you see it. You see it as an art event. They see it as showing pictures of the Prophet Mohammed, who should not be drawn. You know, obviously you’ve done other things.» At this point, the interviewer raised the ads that Pamela Geller sponsored on the New York City subway, which said, «In any war between the civilized man and the savage, support the civilized man. Support Israel. Defeat Jihad.» The CNN interviewer then went on to her question: «Are you surprised that there are some who would want to target you for words like that?»

There is much to be said about this. Why, for instance, would anyone want to behead someone for posting an advertisement attacking «savages»? To show that they are not savage? It certainly does not follow that such an advertisement would inevitably lead to violence. In any event, the interviewer’s piece had not yet reached its lowest point. That came when Burnett brought up the «Southern Poverty Law Center» (SPLC), which the interviewer said «track[s] hate groups in this country.» Pamela Geller is on the Southern Poverty Law Center’s list of «hate groups.»

And then came the humdinger. «They track hate groups. They’re putting you on that list. Nothing justifies a beheading or a beheading plot. But…»

It is often rightly said on vital questions of our time that everything up to the «but» is throat-clearing. It is what everybody expects you to say and everything you need to say. It is what happens after the «but» that matters. On this occasion, Burnett went on, «But it’s important to note this. I mean, are you stoking the flames? Do you on some level relish being the target of these attacks?»

There is a whole thesis in the presumptions behind those questions. The idea that a self-designated highly politicized institution such as the Southern Poverty Law Center gets to say who is hateful and who is not would be a starter. As would be the unquestioning acceptance of the methods of such organizations (‘Hope not Hate’ in the UK being another example), which appear to be doing a lining-up of targets that they would most certainly and rightly damn anyone else for.

But a pattern of thought about this beheading plot emerged. It was the same pattern that showed itself hours later when Robert Spencer was interviewed on CNN and asked, strangely, what he had done before the attempted attack to reach out to the Islamic community in Boston. The presumption at work, of course, is that Geller and Spencer have brought these beheading plots and assassination attempts on themselves. If this sounds familiar, it is because it is. This is exactly what we heard from certain people across the political spectrum in the wake of the January murders in France of the staff of the satirical magazine, Charlie Hebdo, and after the murder of a filmmaker and the attempted murder of many others taking part in a free speech event in Copenhagen weeks after that.

Of course, everyone has his own pets as well as his own pet hates. For some people on the French «right» as well as many on the international «left,» the «far-left wing» magazine Charlie Hebdo in some way «had it coming.» Many such people kept their voices down because on that occasion the jihadist «blasphemy police» were so successful. But the sentiment was there — just as it was against the non-political cultural figures who organized the free speech event in Copenhagen. At such times, a distressingly large number of people settle down along long-entrenched political lines. Even just a few weeks ago, as PEN rightly honored the staff of Charlie Hebdo at a ceremony in New York, two of the surviving staff disappointingly aimed to make clear water between themselves and the organizer of the then-recently-attacked Garland exhibition.

«Comparing this Pamela Geller thing and Charlie Hebdo is nonsense,» one of them said. Another added, «The difference between us and these people is that these people are organizing contests, anti-Islamist contests,» he continued. «It’s an obsession … We are not obsessed. We are just obsessed by the news, and by how the world is going on. The difference with Pamela Geller, she is obsessed by Islam. She waits every morning and thinks, What can I do today to defy these people?«

One might have hoped that by now, more people — particularly those so literally close to the firing line — would realize that these differences are not the point. Besides, such accusations can run every which way. As I recently wrote in these pages, it is not possible to support the right of someone «left-wing» to publish a cartoon of Mohammed but not the same right if it comes from someone «right-wing,» nor that someone who publishes such a cartoon, not realizing what he is doing, should be defended, while someone publishing in the full awareness of what it means, should not.

In the same way, it does not matter even if Pamela Geller did wake up every morning obsessed by Islam, and the staff of Charlie Hebdo only wake up every other morning, or once in a while, thinking about Islam. The point is: Is what they are doing legal, and is it something that our laws and traditions protect? The answer, in both France and America, is » Yes.»

So from there on, it matters not a jot what political or other leanings the publisher or promoter of a cartoon might possess, or what his motivations for doing so might be. It is not our job to presume to look into the hearts of people — as self-appointed groups such as the Southern Poverty Law Center do — and try to divine what their intentions are. If what they are doing is legal, we should defend them. When people — who seek to break not just our laws, but our customs and our traditions of free speech — attempt to kill those people, the response can be only solidarity.