Europe: Making Itself into the New Afghanistan? 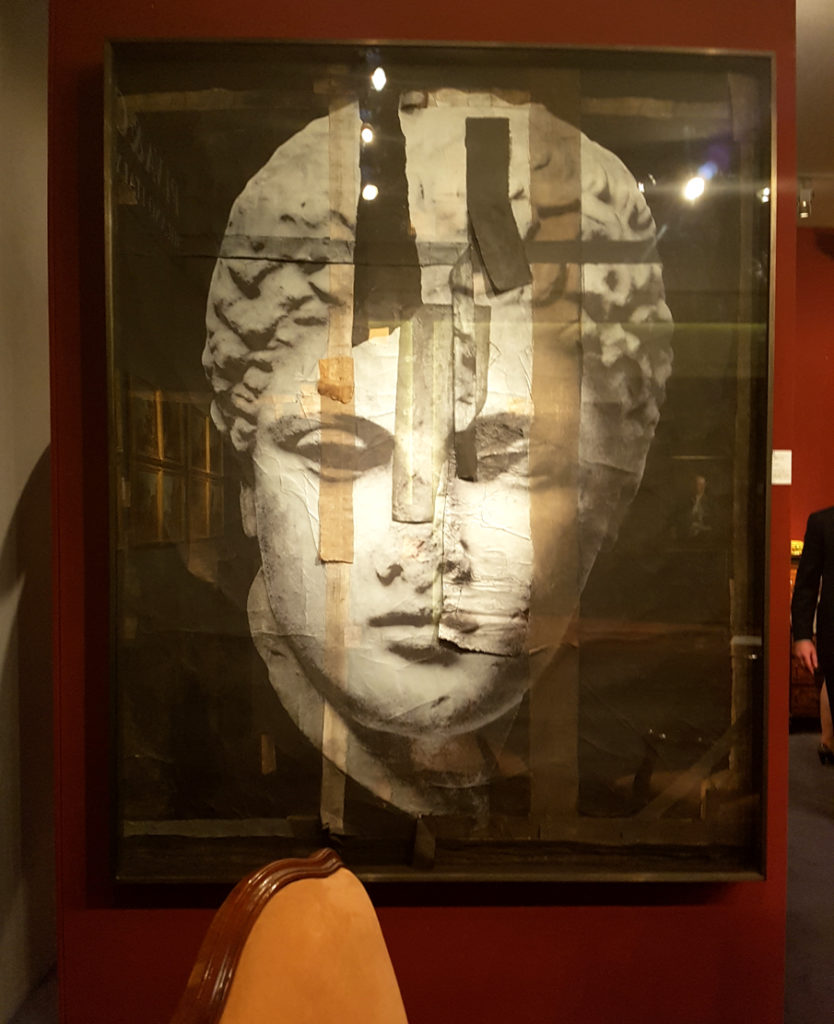 Maastricht, in the Netherlands, is the picturesque city that gave its name to the famous treaty signed in 1992 by the twelve nations of the European Community at the time, and which paved the way for the foundation of today’s European Union and the single currency, the euro.

Maastricht, however, is also the home of «Tefaf», the most important art and antiques fair in the world. The art work «Persepolis» by the Italian artist Luca Pignatelli was already scheduled when the commission ordered it removed. The work, built in 2016, combined a Persian Islamic rug and a female head. «We are all humbled and speechless», Pignatelli declared, pointing out that his work had initially aroused the enthusiasm of the commission. The fair’s explanation was that Pignatelli’s work was «provocative«. 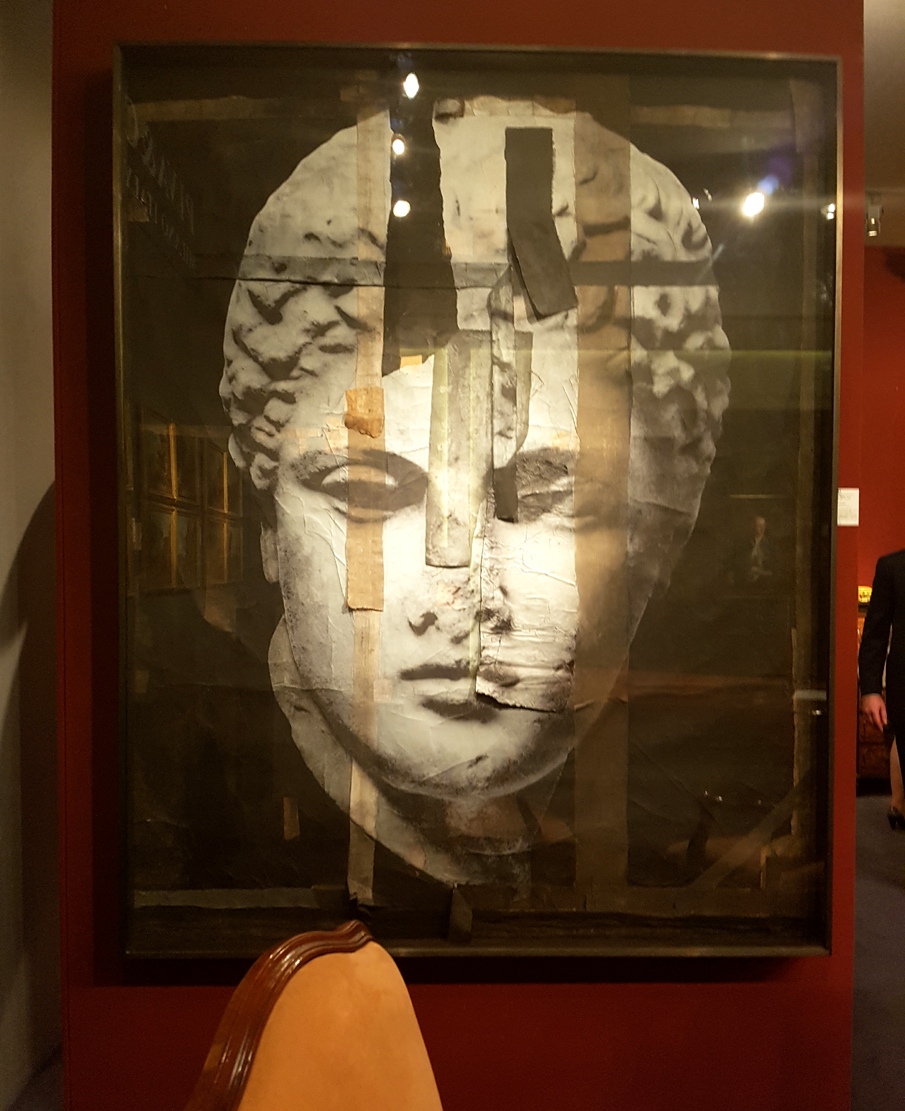 The officials of the

fair presumably did not want to offend Islam and possible Muslim buyers with Pignatelli’s combination of the mat (used by Muslims for prayer) with the woman’s face. «We are shocked, this is the first time this has happened and I think it is legitimate to talk about it», Pignatelli said. «If in Rome it can happen that you decide to veil art works to avoid offending foreign visitors, well, I do not agree». The reference is at the Italian government decision to veil the antique Roman statues to avoid offending Iran’s visiting President Hassan Rouhani.

If Europe wants a future, it should be less ideological about Maastricht’s treaty and more against Maastricht’s capitulation to fear. The brave Algerian writer Kamel Daoud said:

«Those (migrants) who come to seek freedom in France must participate in freedom. Migrants did not come to seek asylum in Saudi Arabia, but in Germany. Why? For security, freedom and prosperity. So they must not come to create a new Afghanistan».

Right. But it is the European mainstream that is letting them turn our cultural landscape into another Afghanistan. The Taliban have killed artists and destroyed art works. The West used to be proud of being the land of the free.

European museums, instead, are rapidly submitting to Islamic correctness. The exhibition «Passion for Freedom,» at the Mall Gallery in London, censored the light box tableaux of a family of toy animals living in an enchanted valley. Entitled, «ISIS Threaten Sylvania«, it was eliminated after the British police referred to its «inflammatory» content. Previously, the Tate Gallery in London banned a work by John Latham that displayed a Koran embedded in glass.

Another British artist, Grayson Perry, admitted that he censored himself out of fear that he might end up like Theo van Gogh, the Dutch filmmaker slain by an extremist Muslim, Mohammed Bouyeri, for having made a film about women under Islam. «I have censored myself,» Perry said. «The reason I have not gone all out in attacking Islamism in my art is because I have real fear that someone will slit my throat».

The Victoria and Albert Museum in London first showed, then withdrew, a portrait of the Prophet of Islam, a work of devotional art image of Muhammad. The photographer Syra Miah, a British native whose family came from Bangladesh, saw her work withdrawn from an Art Gallery in Birmingham after protests by a group of Muslims. The photo portrayed a half-naked woman, mentally ill, who lives under a bus stop in Bangladesh.

The Museum of Cultures of the World in Gothenburg, Sweden, opened with an exhibition entitled «AIDS in the Era of Globalization». In it, the artist Louzla Darabi exhibited a work, «Scène d’amour», that depicts a woman having sex with a man whose face cannot be seen. A verse from the Koran is written on it in Arabic. Less than three weeks after the inauguration of the exhibition, the museum removed the painting. The Hergé Museum in Louvain, Belgium, was planning an exhibition to pay tribute to Charlie Hebdo‘s cartoonists; that event, too, was cancelled.

French President François Hollande eliminated a section of the Louvre Museum dedicated to the Eastern Christians, who in the last two years have been decimated by the Islamic State. «The Louvre will be dedicating a new section to the artistic heritage of Eastern Christians», then President Nicholas Sarkozy announced in 2010. But the project was scrapped by the museum’s new management, with the approval of Hollande’s culture ministry.

Marie-Hélène Rutschowscaya — former head of the Louvre’s Coptic section and one of the world’s leading scholars on Eastern Christianity — denounced the move. «The dramatic events we are currently seeing in the Middle East and Eastern Europe should instead spur us to do more to promote lasting cultural ties,» Rutschowscaya wrote in her letter to Hollande. So today, the Louvre has a section dedicated to Islamic art, but nothing on Eastern Christianity.

Perhaps the Iranian ayatollahs were right in asking the Capitoline Museums in Rome to veil the nude statues during President Rouhani’s visit. Perhaps the Islamic fundamentalists are wrong, the West is not as free as it claims. Perhaps we should apologize to the Taliban for criticizing their destruction of the great Buddhas of Afghanistan. According to the West’s new cultural sanctimony, today these statues might be considered «blasphemous» too.

Europe: Making Itself into the New Afghanistan?
by Giulio Meotti
April 21, 2017 at 5:00 am
https://www.gatestoneinstitute.org/10208/europe-afghanistan