ISIS Losing the Battle but Winning the War 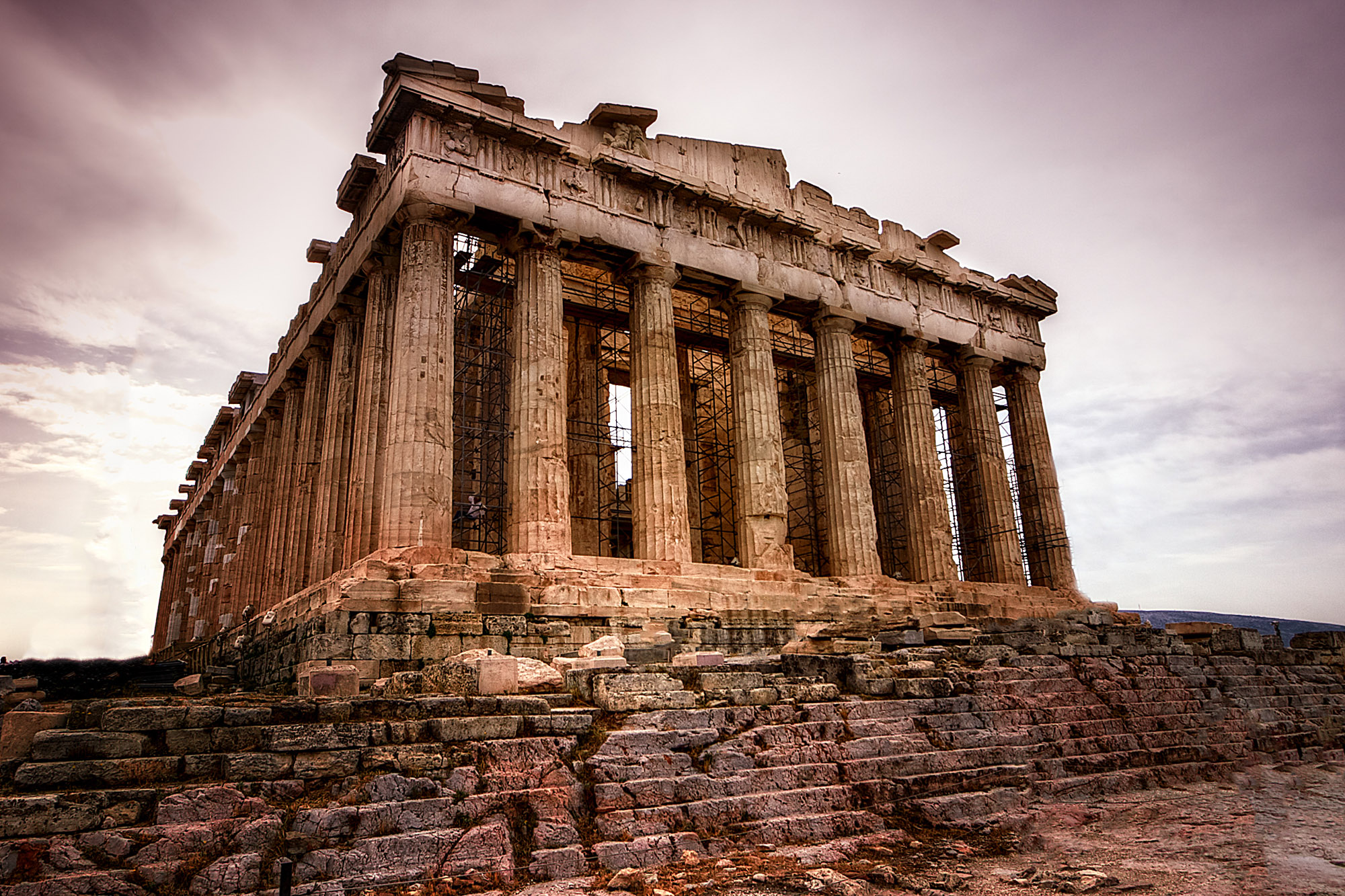 Photo: What IS has done in Palmyra is every bit as bad as blowing up the Parthenon. But the West does not seem to understand the depth of the threat and the gravity of the situation.

The Islamic State is crumbling — if too slowly. More than two years have passed since French President François Hollande promised, «We will bomb Raqqa«. Sooner or later, ISIS will probably be reduced to a small enclave with no territorial continuity, and its chief, Abu Bakr al Baghdadi, will be eliminated. It would, nevertheless, be most dangerous to dismiss these three years as a short parenthesis: Nazism did not last as long: «just» 12 years in power and five at war with the rest of Europe. The physical and cultural consequences of the Nazi tyranny are, unfortunately, still visible in Europe. The same will be said of the Islamic State. Three years of terror and conquests are not bad in for a war between the Caliphate vs. everyone else.

ISIS will leave behind an unprecedented terrorist infrastructure (277 Europeans killed on European soil in two years). If ISIS is retreating in Mosul, it is rapidly advancing in Manchester. The Caliphate is winning its war in Europe. Six months ago in the Britain, the rise of Jeremy Corbyn, the ultra-pacifist Labour party leader who blamed the «war on terror» for the recent attacks in Manchester and London, would have been unthinkable. His success is clearly linked to the recent bloodshed in British streets.

In the West, ISIS has assailed parliaments in Ottawa, cafés in Copenhagen, beaches in Nice, social centers in San Bernardino, metros and airports in Brussels, music festivals in Manchester, theaters, sports stadiums, restaurants and kosher markets in Paris, churches in Rouen, Christmas markets in Berlin, malls in Stockholm. Not bad for a «JV team«, as Barack Obama called the Caliphate.

ISIS has been an unparalleled attraction for the umma, the world community of the Islamic faithful: about 30,000 Muslims around the world — 6,000 from Europe — have left their homes to fight under the deadly black flag of the Caliph. ISIS was able to build a global network of terror. Jihadist groups such as Ansar Bayt al-Maqdis in Egypt, Abu Sayyaf in the Philippines, Ansar al-Sharia in Libya, Boko Haram in Nigeria, the Caucasus Emirate in Russia, and the Islamic Movement of Uzbekistan, along with others, have all pledged allegiance to ISIS. The Caliphate has also become the wealthiest terror group in history. Sebastian Gorka, a White House advisor on radical Islam, said: «The attacks of September 11, 2001, cost barely $500,000. ISIS makes that in six hours! Do you feel safe?»

ISIS has made evil viral. The world was stunned when ISIS submerged the Western imagination in the public executions of journalists, the massacres of captured troops, markets for sexual slavery, executions of gays, and public drownings, burning people alive and crucifixions. «Never before in history have terrorists had such easy access to the minds and eyeballs of millions», wrote Brendan Koerner, noting that «ISIS is winning the social media war«. Often, evil works. A few weeks ago, in Paris, a Jewish woman, Sarah Halimi was killed by a Muslim shouting «Allahu Akbar». The case was barely covered by the mainstream press. Then several French intellectualsdemand the authorities to denounce it as a case of anti-Semitism. ISIS’s threats are now so intense that even academic experts of Islam, such as Gilles Kepel, are under police protection.

In a few months, the Islamic State cleared the historic colonial border of Sykes-Picot, conquered half of Syria, destroyed entire cities of prices antiquities such as Palmyra, reached the periphery of Baghdad, and kicked out the Iraqi army, in which the United States had invested 25 billion dollars. That is why many counter-terrorism analysts are intelligently asking if «ISIS is winning«.

ISIS’s main legacy, however, is devastation — both cultural and human. ISIS has been successful in making a blank slate, a sort of Islamic «year zero,» in which, after an apocalypse, history will start again — supposedly virgin and pure. The Caliphate will leave behind a Middle East more and more Islamic, not only in the landscape, but also in demography. ISIS swept away entire non-Muslim communities that will never return. Many Christian and Yazidi towns within its orbit will remain permanently empty due to the slaughter, the exile and the disappearance of survivors. The Islamic State has been able to destroy the ancient Christian community of Mosul.

A new study published in the weekly magazine Plos Medicine concluded that around 10,000 members of the ethnic and religious Yazidi minority were killed. The researchers estimated that 6,800 other Yazidis were kidnapped, with more than one third still missing.

«Christianity in Iraq is over«, said Canon Andrew White, the great Anglican vicar of Baghdad. ISIS succeeded, for the first time in 2000 years, in cancelling Christian communion in Nineveh. Professor Amal Marogy, a native of Iraq, said, at a conference at the Hudson Institute, that while infrastructure such as the Mosul Dam can be saved from ISIS, the eradication of the Christian presence in Iraq means «the end of a peaceful civilization». There are commentators who are now noting that «ISIS wins when Christians leave the Middle East«.

The jihadist recently vandalized ancient Roman statues and artifacts at the Syrian archaeological site of al-Salhiye, known as Dura Europos. ISIS devastated the most famous capitals of ancient Mesopotamia, from Nimrud to Hatra. «This destruction is unprecedented in recent history», according to Marina Gabriel, coordinator of the American Schools of Oriental Research Cultural Heritage Initiatives, an institute that tracks the destruction of Islamic State.

The Nimrud ziggurat, built almost 2900 years ago — the most spectacular sacred structure known in ancient Mesopotamia — does not exist anymore. ISIS terrorists devastated the Mosul Public Library, where 10,000 manuscripts were burned or stolen. ISIS also managed to erase of the entire Jewish history of Mosul, including the tombs of Jonah, Seth and Daniel. The Caliphate destroyed the first Assyrian city, Khorsabad. The greatest devastation, however, took place in Palmyra, the most important archaeological jewel of the Middle East. Palmyra delenda est. The Islamic State also eliminated thousands of years of Syrian and Iraqi history, pulverizing exquisite ancient treasures such as the temple of Bal.

As the Caliphate razed to the ground everything in its path, Europe reacted as if that were just the result of regrettable manners that should not concern her. The Islamists, however, had other plans. Professor Paul Veyne writes in his book on Palmyra:

«Why, in August 2015, did ISIS need to blow up and destroy that temple of Baalshamin? Because it was a temple where pagans before Islam came to adore mendacious idols? No, it was because that monument was venerated by contemporary Westerners, whose culture includes an educated love for ‘historical monuments’ and a great curiosity for the beliefs of other people and other times. And Islamists want to show that Muslims have a culture that is different from ours, a culture that is unique to them. They blew up that temple in Palmyra and have pillaged several archaeological sites in the Near East to show that they are different from us and that they don’t respect what Western culture admires».

That is why, after Palmyra, the Islamic State attacked music halls and other Western symbols in Europe. The «JV team» might be losing ground, but so far it is winning the war of civilizations. Will the West be able not only to free Raqqa and Mosul, but also to reverse this cultural avalanche trying to crush it?

ISIS Losing the Battle but Winning the War
by Giulio Meotti
June 21, 2017 at 5:00 am
https://www.gatestoneinstitute.org/10535/isis-winning-war

The Extinction of Christians in the Middle East - 18. august 2019

Europe: What Happens to Christians There Will Come Here - 3. mai 2017