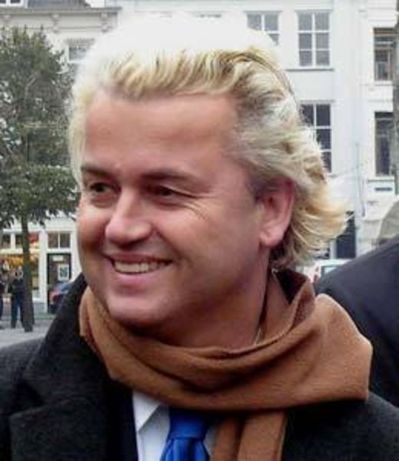 But it’s not his party program that causes a revolution. Wilders causes the Dutch revolution. He is the revolution. Distilling from 160 years of scholarship on ‘Revolution’ I discern 6 crucial notions on what revolution is: 1) contrary to ‘change’ or ‘progress’ a revolution happens within a short time frame, a limited time continuum, which people understands as now; 2) a revolution is society’s sudden step away from accepted hierarchy or status quo into something uncertain or new; 3) revolution is not nice: it critically confronts moral parameters such as ‘good’ or ‘bad’ and ‘right’ or ‘wrong’ and in doing so is a-moral; 4) the litmus test of a successful revolution is that it fundamentally alters its context, may it be scientifically, socially or spiritually; 5) the notion of a revolution happening stops suddenly after which a new hierarchy sets in; 6) a successful revolution outgrows its originator.

Wrongfully or rightfully accused of nearly every evil imaginable Geert Wilders solely, in person and single handedly caused a fundamental alteration in Dutch politics and society, which fits the definition of a revolution. What did he do?

a) He stayed alive. Against all predictions, including mine, he didn’t crack over the past 5 years and remained undeterred even though all institutional and social forces did and do weigh down on him. Moreover, he refused to die and managed to outwit his assassins. He exhausted his opponents and by nearly winning the national elections he survived them spiritually and socially, showing the validity of a his alternate route.