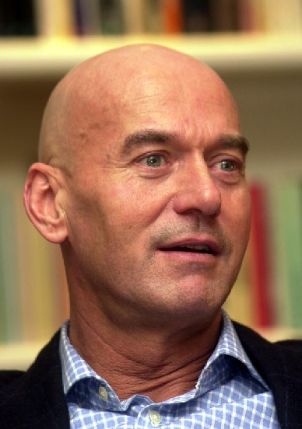 The years have gone by, one after the other. His assassination was followed by that of a second Dutch critic of Islam, Theo van Gogh; by what may be fairly described as the forced exile of a third, Ayaan Hirsi Ali; and by the cruel and deplorable prosecution of a fourth, Geert Wilders. The Netherlands now — well — stumbles along. Ten years after his death, Sybrand van Haersma Buma, a Christian Democratic politician who was voted into Parliament in that May 2002 election that Fortuyn did not live to see, admitted to NRC Handelsblad that Fortuyn had given a voice to the voiceless, emancipating a whole class of Dutch people who had felt they had no say in their country’s affairs — and that, during the decade since his death, all of the country’s political parties have been trying without successful to figure out what to do.
…
To mark the anniversary of Fortuyn’s murder, De Volkskrant reprinted a February 2002 interview in which Fortuyn spelled out his views of Islam with great candor. The candor was very Dutch; the lack of regard for multicultural delicacies was not. «I have traveled a lot in the world,» Fortuyn said. «And wherever Islam is in charge, it’s just terrible.» He noted further that thanks to the rise of Islam in the Netherlands, the advances of feminism were being rolled back and that «Turkish and Moroccan boys in the classroom» were driving gay teachers back into the closet.

The Netherlands’ mainstream parties, and the rest of its cultural elite, learned their lesson from their encounter with Fortuyn — that renegade who came so close to yanking the reins out of their hands. He woke them up. From that experience, they learned never again to let themselves be surprised by an upstart from out of left field. They had demonized him as best they could, but after he was gone they became even more ruthless. They drove Ayaan Hirsi Ali out of the country; they dragged Wilders into court.
….
For this reason — and, quite simply, because the problems in the Netherlands have grown so much more formidable than they were when Fortuyn was still alive — saving that little country now is a considerably more challenging proposition than it was a decade ago.