The very first time I set foot in London, back in my early twenties, I kicked up into an adrenaline high that lasted for the entire week of my visit. Never, in later years, did any other place ever have such an impact on me — not Paris, not Rome. Yes, Rome was a cradle of Western civilization, and Paris a hub of Western culture — but Britain was the place where the values of the Anglosphere, above all a dedication to freedom, had fully taken form. Without Britain, there would have been no U.S. Declaration of Independence, Constitution, or Bill of Rights.

In recent years, alas, Britain has deviated from its commitment to liberty. Foreign critics of Islam, such as the American scholar Robert Spencer, and for a time, even the Dutch Parliamentarian Geert Wilders have been barred from the country. Now, at least one prominent native critic of Islam, Tommy Robinson, has been repeatedly harassed by the police, railroaded by the courts, and left unprotected by prison officials who have allowed Muslim inmates to beat him senseless. Clearly, British authorities view Robinson as a troublemaker and would like nothing more than to see him give up his fight, leave the country (as Ayaan Hirsi Ali left the Netherlands), or get killed by a jihadist (as happened to the Dutch filmmaker Theo van Gogh).

On Friday, as reported here yesterday, the saga of Tommy Robinson entered a new chapter. British police officers pulled him off a street in Leeds, where, in his role as a citizen journalist, he was livestreaming a Facebook video from outside a courthouse. Inside that building, several defendants were on trial for allegedly being part of a so-called «grooming gang» — a group of men, almost all Muslim, who systematically rape non-Muslim children, in some cases hundreds of them, over a period of years or decades. Some ten thousand Facebook viewers around the world witnessed Robinson’s arrest live. 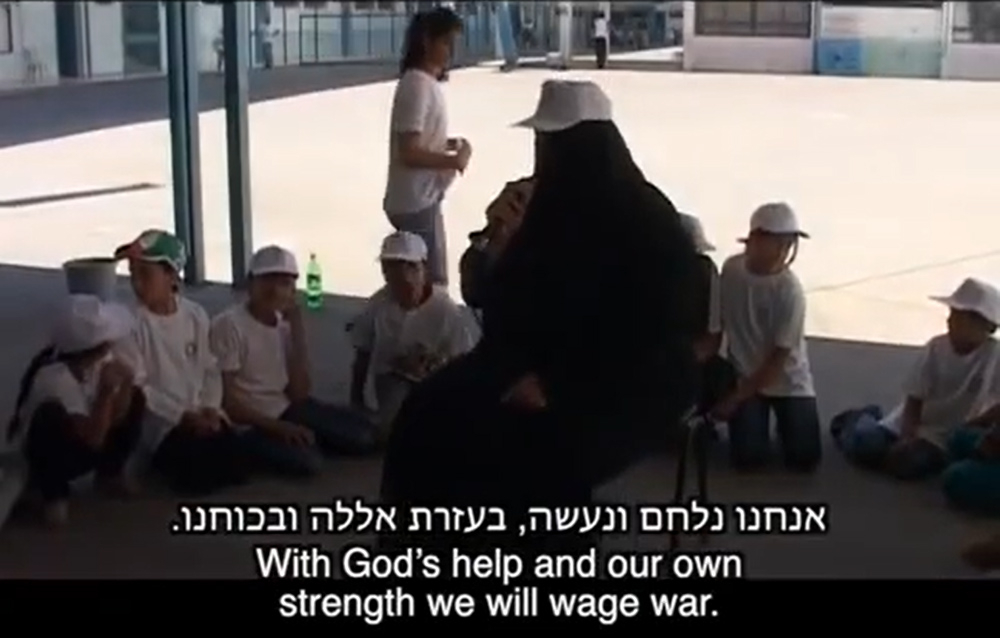 Pictured: Police officers pull Tommy Robinson (center) off a street in Leeds, England, where, in his role as a citizen journalist, he was livestreaming a Facebook video from outside a courthouse. (Image source: TommyRobinson.online video screenshot)

The police promptly dragged Robinson in front of a judge, where, without having access to his own lawyer, he was summarily tried and sentenced to 13 months behind bars. He was then transported to Hull Prison.

Meanwhile, the judge who sentenced him also ordered the British media not to report on his case. Newspapers that had already posted reports of his arrest quickly took them down. Even ordinary citizens who had written about the arrest on social media removed their posts, for fear of sharing Robinson’s fate. All this happened on the same day.

A kangaroo court, then a gag order. In the United Kingdom, where rapists enjoy the right to a full and fair trial, the right to the legal representation of their choice, the right to have sufficient time to prepare their cases, and the right to go home on bail between sessions of their trial. No such rights were offered, however, to Tommy Robinson.

The swiftness with which injustice was meted out to Robinson is stunning. No, more than that: it is terrifying. On various occasions over the years, I have been subjected in person to an immediate threat of Islamic violence: I have had a knife pulled on me by a young gang member, and been encircled by a crowd of belligerent men in djellabas outside a radical mosque. But that was not frightening. This is frightening — this utter violation of fundamental British freedoms.

From one perspective, to be sure, Robinson’s lightning-fast arrest, trial, and imprisonment should not have come as a surprise. «There has been a campaign to ‘get Tommy’ — or what looks remarkably like it — for some time,» a source in the UK, whom I will call Scheherazade, told me late early Saturday morning.

The official cynicism here is obvious. Scheherazade made a vital point: that often, when one of these «grooming gang» trials is being held, the extended families and friends of the defendants stand outside the courthouse and «heckle and intimidate» the rape victims as well as their families and supporters. «I’ve had reports of children as young as five throwing stones at victims’ families,» Scheherazade said.

«This intimidation by extended community groups also involves going around to houses and harassing people.» She has even heard of witnesses for the prosecution who have needed police protection to use a rest room inside a courthouse. Needless to say, this heckling and harassment is rarely reported on and never punished.

One potentially positive aspect of this ugly turn of events is that it turned heads that should have been turned long ago. Scheherazade noted that many of her Twitter contacts «were tweeting that they didn’t necessarily support Tommy in general but were appalled that someone reporting these [grooming] crimes was arrested.» Some of her acquaintances, she said, «are stunned and in despair.» On Saturday, thousands of Robinson’s supporters rallied in Westminster. But will such public protests make any difference? One British ex-policeman reacted to Robinson’s incarceration with a video urging his fellow countrymen not just to march or rally but to join Ann Marie Waters’ party For Britain and do for freedom of speech in Britain what UKIP did to get British out of the EU.

Scheherazade had more interesting information to offer. While Robinson is being punished for drawing attention to Muslim rape gangs, the Sikh Awareness Society, which has also reported on these «grooming» trials, is left alone. «They are a godsend,» said Scheherazade, «because they pull no punches yet don’t seem to get the intimidation that people like Tommy get.» Of course — British police would not dare arrest a bearded man in a turban. Scheherazade also mentioned an imam who was arrested recently, only to be let go by police after «a large group of supporters demanded his release.» At least one police officer acknowledged that the imam had been freed because otherwise «they would have been facing riots all around the country.» Scheherazade summed up British authorities’ current approach to the Islamic situation as follows: «they have lost control… and are simply going for those who they think will make the least fuss. The classroom bully has terrorised the teacher into punishing the kids who are bullied.»

One assumes that the officials think that perpetrating this kind of injustice will somehow keep the peace. If I were one of their number, I would not be so certain. The people at that Westminster rally on Saturday were angry. How many other British subjects share their anger? Scheherazade expressed concern that this summer in Britain may turn out to be quite restive. Well, maybe that is all for the good.

For my part, I cannot for the life of me fathom why not a single prominent or powerful individual in all of the United Kingdom has come forward to challenge the mistreatment of Tommy Robinson – and thereby stand up for freedom of speech.

Is the whole British establishment a bunch of cowards? I suppose we will know the answer to that question soon enough, if we do not know it already.

Bruce Bawer is the author of the new novel The Alhambra (Swamp Fox Editions). His book While Europe Slept (2006) was a New York Times bestseller and National Book Critics Circle Award finalist. His other books include A Place at the Table (1993), Stealing Jesus (1997), Surrender (2009), and The Victims’ Revolution (2012). A native New Yorker, he has lived in Europe since 1998.