A court in London has sentenced seven members of a Muslim child grooming gang based in Oxford to at least 95 years in prison for raping, torturing and trafficking British girls as young as 11.

The high-profile trial was the latest in a rapidly growing list of grooming cases that are forcing politically correct Britons to confront the previously taboo subject of endemic sexual abuse of children by predatory Muslim paedophile gangs.

The 18-week trial drew unwelcome attention to the sordid reality that police, social workers, teachers, neighbors, politicians and the media have for decades downplayed the severity of the crimes perpetrated against British children because they were afraid of being accused of «Islamophobia» or racism.

According to government estimates that are believed to be «just the tip of the iceberg,» at least 2,500 British children have so far been confirmed to be victims of grooming gangs, and another 20,000 children are at risk of sexual exploitation. At least 27 police forces are currently investigating 54 alleged child grooming gangs across England and Wales.

Judge Peter Rook, who presided over the trial that ended on June 27 at the Central Criminal Court of England and Wales (aka the Old Bailey), sentenced five of the men to life in prison and ordered them to serve a minimum of between 12 and 20 years before becoming eligible for parole.

Rook said the severity of the jail terms — which are longer than those in other high-profile grooming cases such as those in Rochdale, Derby and Telford — were meant to send a message to abusers that they would be targeted and brought to justice. 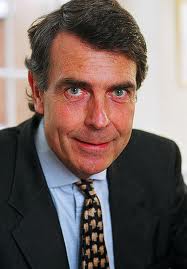 After reading the sentence, Rook said the men — who are from Pakistan and Eritrea (see profiles here) — had committed «a series of sexual crimes of the utmost depravity» and had targeted «young girls because they were vulnerable, underage and out of control.»

The ringleaders of the gang, brothers Akhtar Dogar, 32, and Anjum Dogar, 31, were given life sentences and were told by the judge that they had been found guilty of «exceptionally grave crimes.» They are to remain in prison for a minimum of 17 years before becoming eligible for parole.

A second pair of brothers, Bassam Karrar, 33, and Mohammed Karrar, 38, were also given life sentences. Mohammed Karrar was given a minimum sentence of 20 years for the «dreadful offenses» he committed against the girls, including one child whom he branded with the letter «M» for Mohammed. He began pimping the girl when she was only 11, and forced her to have a backstreet abortion when she was 12.

In graphic testimony, one of the victims told the court that Mohammed Karrar would charge men £500 ($750) to have sex with her. They would take her to homes in High Wycombe where she would be subjected to gang rapes, incidents that she described as «torture sex.» The men would tie her up and gag her mouth with a ball to stop her cries from being heard. The men would play out abuse fantasies; sometimes she was left bleeding for days afterwards.

In one of her few acts of defiance, she threatened Mohammed Karrar with his own lock knife as he was preparing to rape her; he knocked her out with a metal baseball bat.

Mohammed’s younger brother, Bassam Karrar, who was found guilty of brutally raping and attacking a 14-year-old girl while he was high on cocaine, was ordered to serve a minimum of 15 years.

Kamar Jamil, 27, was jailed for life with a minimum term of 12 years. Assad Hussain, 32, and Zeeshan Ahmed, 28, were both jailed for seven years.

The six victims who gave evidence were aged between 11 and 15 when the abuse took place. They were plied with drugs and alcohol, repeatedly raped, sold and trafficked as prostitutes, all at a time during which when they were supposedly in the safekeeping of local authorities.

The trial — details of which were so disturbing that jury members were excused from ever having to sit on a jury again — exposed years of failings by Thames Valley police and Oxford social services. The court heard that the girls were abused between 2004 and 2012 and that police were told about the crimes as early as 2006, that they were contacted at least six times by victims, but failed to act.

The mother of Girl «A» said the police and social services had failed to protect the girls and made her and other family members feel as if they were overreacting. She said: «I can recall countless incidents when I have been upset and frustrated by various professional bodies.»

The mother of Girl «C» told the British newspaper The Guardian that she had begged social services staff to rescue her daughter from the rape gang. She said that her daughter’s abusers had threatened to cut the girl’s face off and promised to slit the throats of her family members. She said that they had been forced to leave their home after the men had threatened to decapitate family members.

Despite irrefutable evidence that the girls were being sexually abused, no one — according to a report published by the House of Commons on June 5 — acted to draw all the facts together, apparently due to fears by police and social workers that they would be accused of racism against Muslims.

The report, «Child Sexual Exploitation and the Response to Localized Grooming,» states: «Evidence presented to us suggests that there is a model of localized grooming of Pakistani-heritage men targeting young White girls. This must be acknowledged by official agencies, who we were concerned to hear in some areas of particular community tension, had reportedly been slow to draw attention to the issue for fear of affecting community cohesion. The condemnation from those communities of this vile crime should demonstrate that there is no excuse for tip-toeing around this issue. It is important that police, social workers and others be able to raise their concerns freely, without fear of being labelled racist.» 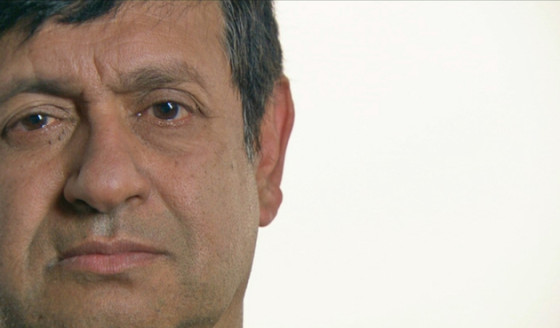 These allegations have been confirmed by the imam of the Oxford Islamic Congregation, Taj Hargey, who says race and religion are inextricably linked to the spate of grooming rings in which Muslim men are targeting under-age white girls.

Writing in the Daily Mail on May 15, Hargey states: «Apart from its sheer depravity, what also depresses me about this case is the widespread refusal to face up to its hard realities. The fact is that the vicious activities of the Oxford ring are bound up with religion and race: religion, because all the perpetrators, though they had different nationalities, were Muslim; and race, because they deliberately targeted vulnerable white girls, whom they appeared to regard as ‘easy meat’, to use one of their revealing, racist phrases.»

«But as so often in fearful, politically correct modern Britain,» Hargey continues, «there is a craven unwillingness to face up to this reality. Commentators and politicians tip-toe around it, hiding behind weasel words. … Part of the reason this scandal happened at all is precisely because of such politically correct thinking. All the agencies of the state, including the police, the social services and the care system, seemed eager to ignore the sickening exploitation that was happening before their eyes. Terrified of accusations of racism, desperate not to undermine the official creed of cultural diversity, they took no action against obvious abuse.»

According to Hargey, «Another sign of the cowardly approach to these horrors is the constant reference to the criminals as ‘Asians’ rather than as ‘Muslims.’ In this context, Asian is a completely meaningless term. The men were not from China, or India or Sri Lanka or even Bangladesh. They were all from either Pakistan or Eritrea, which is, in fact, in East Africa rather than Asia.»

He also says the grooming rings in Britain are actually being promoted by imams who encourage followers to believe that white women deserve to be «punished.» He writes that Muslims in Britain «have been drip-fed for years [with] a far less uplifting doctrine, one that denigrates all women, but treats whites with particular contempt. In the misguided orthodoxy that now prevails in many mosques, including several of those in Oxford, men are unfortunately taught that women are second-class citizens, little more than chattels or possessions over whom they have absolute authority.»

Hargey points to a telling incident in the trial when it was revealed that Mohammed Karrar branded one of the girls with an «M,» as if she were a cow. He writes, «‘Now, if you have sex with someone else, he’ll know that you belong to me,’ said this criminal, highlighting an attitude where women are seen as nothing more than personal property. The view of some Islamic preachers towards white women can be appalling. They encourage their followers to believe that these women are habitually promiscuous, decadent and sleazy — sins which are made all the worse by the fact that they are kaffurs or non-believers. Their dress code, from mini-skirts to sleeveless tops, is deemed to reflect their impure and immoral outlook. According to this mentality, these white women deserve to be punished for their behavior by being exploited and degraded.» 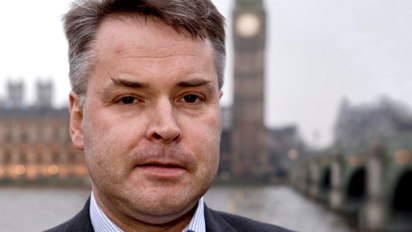 According to the British Children’s Minister, Tim Loughton, «We are only seeing the tip of the iceberg now. For too long it was something of a taboo issue in this country, little spoken about, little appreciated, little acknowledged or dealt with.» He also said the grooming cases raise «very troubling questions about the attitude of the perpetrators, all but one of whom were from Pakistani backgrounds, towards white girls. Nothing is gained by shying away from that.» 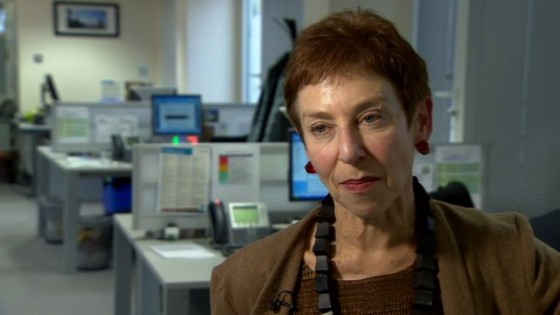 During a recent House of Commons hearing on «Child Sexual Exploitation and the Response to Localized Grooming» the Deputy Children’s Commissioner for England, Sue Berelowitz, said: «What I am uncovering is that sexual exploitation of children is happening all over the country. As one police officer who was the lead in a very big investigation in a very lovely, leafy, rural part of the country said to me: ‘There isn’t a town, village or hamlet in which children are not being sexually exploited.’ The evidence that has come to the fore during the course of my inquiry is that that, unfortunately, appears to be the case.»

Soeren Kern is a Senior Fellow at the New York-based Gatestone Institute. He is also Senior Fellow for European Politics at the Madrid-based Grupo de Estudios Estratégicos / Strategic Studies Group. Follow him on Facebook.

Britain: «Rape Jihad» Against Children
by Soeren Kern
July 11, 2013 at 5:00 am
http://www.gatestoneinstitute.org/3846/britain-child-grooming