With the conviction of nine men for organised sexual crimes from rape to sex trafficking, the full horrific details of more than two decades of sexual violence against young, predominantly white girls living in children’s homes in the north of England have been revealed.

The gang lured an officially estimated 47 girls (the figure may well be higher) aged 12 to 16 with gifts, alcohol and drugs before passing them around to have sex ‘with several men a day, several times a week’ in flats, houses, cars, taxis and kebab shops.

After phone calls inviting them to come and have sex with a girl, men would turn up to do so by the taxi-load. One 13 year-old was forced to have sex with 20 men in one night. 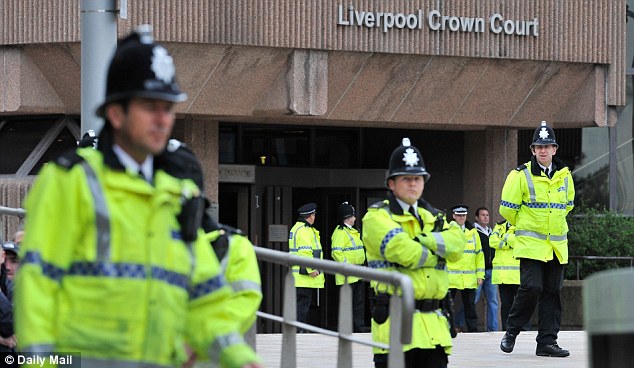 Police guard the entrance to Liverpool Crown Court, where the Rochdale sex gang was facing trial
Terrible as all this is in itself, there is far worse.  For this monstrous abuse could all have been stopped years ago. The authorities had evidence this was going on as long ago as 1991.

The question immediately arises: how on earth could a blind eye have been turned to all this by the social services departments under whose care these girls were living, as well as by the police to whom they went for help?

The answer is as clear as it is devastating. For these men were all Muslims: eight of them of Pakistani origin and one from Afghanistan. Early last year, the Times reported that 50 of the 56 men convicted in 17 street-grooming prosecutions from 13 northern towns and cities were Muslim. Identifying this particular behaviour meant identifying the particular community in these northern towns where it was being committed. And what paralysed these authorities was that, in politically correct Britain, no criticism is allowed to be made of religious or ethnic identities. The authorities could not allow themselves even to think there was a problem with any minority community. So they pretended the problem was not what it actually was. And so the child rape industry proceeded with repeated failures to prosecute.
Exactly the same paralysis of the mind is on display in the reaction today to these atrocious and horrifying disclosures. The word Muslim is simply absent from much of the coverage. The men are described as Asian or Pakistani. But this cowardly euphemism wrongly implicates communities that have nothing whatever to do with such terrible crimes. They don’t involve Pakistani Christians or Pakistani Hindus; they don’t involve Chinese or Malaysians, Sri Lankans or Thais.

While it is the case that in general the overwhelming majority of sex crimes against girls are committed by white men, this particular phenomenon of street gangs in northern towns targeting white girls and passing them around for sex is disproportionately committed by Muslims.

The police maintain doggedly that this has nothing to do with race. What a red herring. Of course it doesn’t! This is about religion and culture – an unwesternised Islamic culture which holds that non-Muslims are trash and women are worthless. And so white girls are worthless trash. Which is itself of course a race issue. 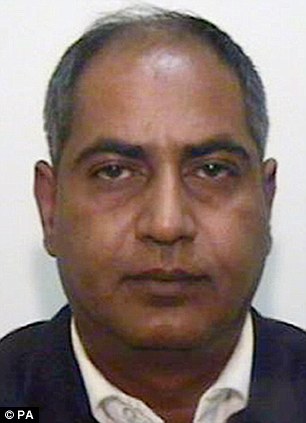 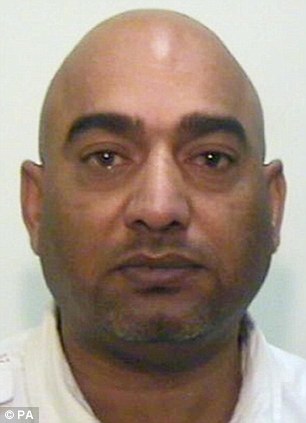 ‘Nazir Afzal, Chief Crown Prosecutor for northwest England, said that “imported cultural baggage” played a role in the crimes but what defined the convicted men was their attitude to women. They think that women are some lesser being. The availability of vulnerable young white girls is what has drawn the men to them.

‘… A care professional close to the case said it would be misleading to suggest that group sex grooming involved only men of Pakistani heritage, but “on such a large scale the only investigations I know about have involved Asians”. The worker said: “We can’t say they haven’t got an issue within their community because we’ve now had so many cases. What no one is going to say publicly is that some of them may regard and treat white girls in a totally different way to their own girls.”’ 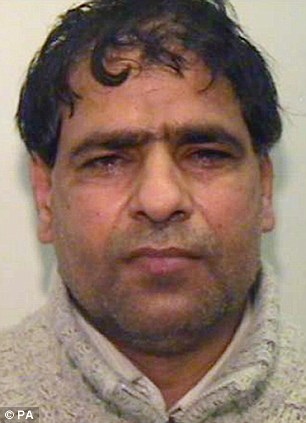 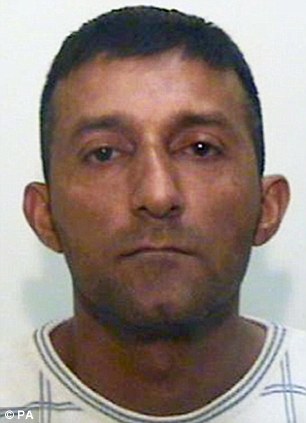 Trafficking: Abdul Aziz (top), 41, was given nine years for conspiracy and trafficking for sexual exploitation. Mohammed Sajid (bottom), 35, received 12 years tor conspiracy, trafficking, one count of rape and one count of sexual activity with a child
Another person, described only as ‘a professional of Pakistani heritage, said that ‘conduct unthinkable with Muslim girls became “acceptable” with “corrupted” white girls. ‘

And Mohammed Shafiq, chief executive of the Ramadhan Foundation, has said:

‘… we need the entire Pakistani community to speak out against such crimes and to disown the actions of the men who believe that teenage white girls are worthless and can be abused.’
Now look at how the authorities reacted. As the Times reports:

‘In 1991, nine girls from three homes in Bradford fell victim to pimps who collected them from their home each evening, took them to be used for sex in houses, flats and guest houses, then returned them to the care of residential staff in the early hours of the morning. The local authority ordered an inquiry but did not reveal that the men were all of Pakistani heritage.

‘In 2006 a specialist child protection team was formed in Manchester because the city, according to its former children’s services director, had clear evidence of “targeted sexual exploitation of girls in children’s homes”. It was a stark admission, but again the shared ethnicity of most of the men was not identified.’ 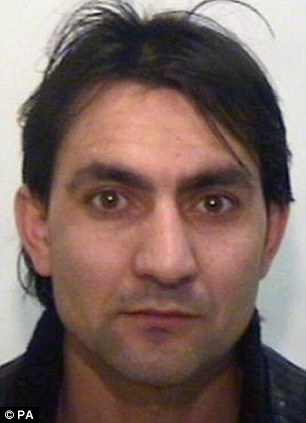 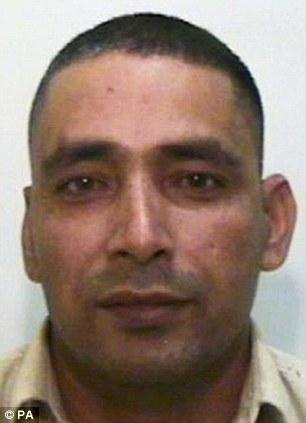 Conspiracy: Hamid Safi (left), 22, was given four years for conspiracy and trafficking but not guilty of two counts of rape. Adil Khan (right), 42, was found guilty of conspiracy and trafficking for sexual exploitation
As for the police, they refused to take seriously the first girl who came forward in 2008 to say a gang of men had repeatedly raped her on successive days – with the result she was sent right back into the hands of her abusers.

The Telegraph reports that in the four months after she spoke to the police, she was driven to a succession of sordid flats and houses where she would be raped by up to five men each night, four or five days a week.

In the case of this girl, it’s possible that her story was dismissed on the grounds that as a child in care she was not a credible witness – itself a pretty damning indictment of official attitudes. But the overwhelming reason for the failure for two decades to take the appropriate action to halt this systematic abuse was undoubtedly that when it comes to matters to do with minorities or Islam, the British mind simply switches off. 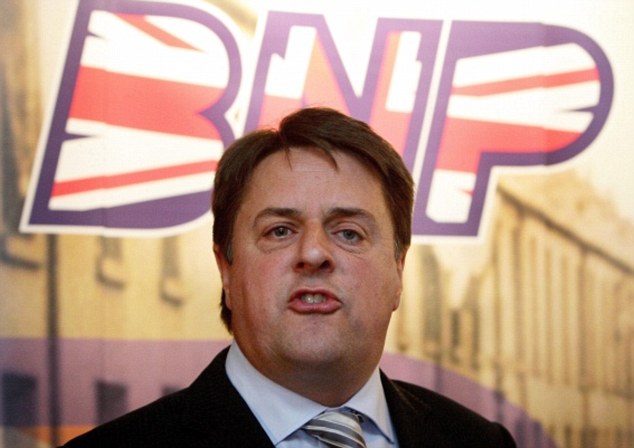 Bigots: The general refusal to acknowledge the cultural motivation for the men’s crimes gives a boost to real racists such as the BNP
Like a mantra, people brainlessly intone ‘Islamophobia’, ’racism’ or ‘BNP’. But the BNP, which really is racist and hates all who are not white Anglo-Saxons, has been able to make huge inroads on account of this issue precisely because the rest of society refuses to talk about it. Self-censorship has been an absolute gift to such true bigots by enabling them to pose heroically as the otherwise suppressed voice of the people. So decency has been doubly abandoned – first by ignoring the plight of these poor girls, and second by giving a boost to the BNP.

For their part, the police deny they were paralysed by fear of treading on ‘cultural sensibilities’. But one former Labour MP has no doubt at all that this was indeed the case. The Telegraph reports:

‘Complaints to social workers and the police were ignored because they were «petrified of being called racist», former Labour MP for Keighley Ann Cryer said. Mrs Cryer, who has campaigned to bring the issue of Asian sex gangs to light, said the girls had been «betrayed» and condemned to «untold misery» by the police and social services.»This is an absolute scandal. They were petrified of being called racist and so reverted to the default of political correctness,» she said.’ 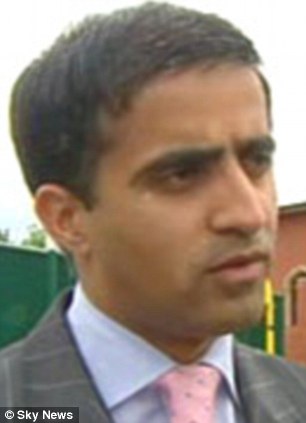 Warning: Mohammed Shafiq of the Ramadhan Foundation said ‘there should be no silence in addressing the issue of race’ 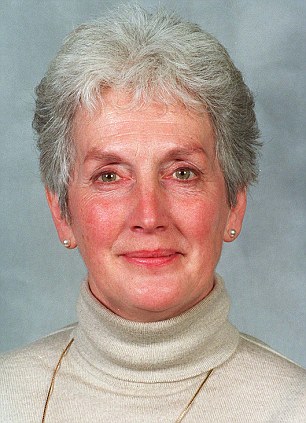 Claims: Fears that they would be branded racist meant that police and social services allowed the gang to continue with their sick crimes, former MP Ann Cryer, pictured, claimed today
And that scandal continues even today. On the Today programme this morning, presenter John Humphrys laid out the tendentious parameters of the whole discussion when he said the concern was that the perpetrators were all Asian – but that concern played into the hands of the BNP. A veritable cascade of euphemisms, evasions and category errors duly followed.

Martin Narey, former head of the prison service and the children’s charity Barnardo’s, said while sex offenders in general were mainly white, there was ‘troubling evidence’ that Asians were ‘overwhelmingly represented ‘when it came to the street gangs grooming and trafficking girls in northern towns. Brave of him to say that in this oppressive climate – but again – oh dear – ‘Asian’? No!

Earlier on the show the Deputy Children’s ‘Commissioner Sue Berelowitz dismissed the idea that this behaviour was particular to any one community, saying that ‘sexual exploitation is happening over every single racial and ethnic group’. Well, in itself true enough; but in this context surely deeply disingenuous. For this particular phenomenon of targeting young white girls and passing them round for sex among dozens if not hundreds of men is overwhelmingly perpetrated by Pakistani Muslim men. 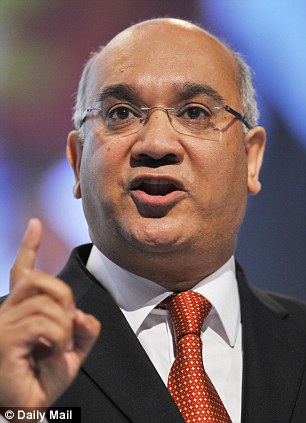 Disgraceful: Keith Vaz compared claims that the men’s Islamic culture influenced their behaviour to the views of the BNP
Then there was Keith Vaz MP, chairman of the Home Affairs Select Committee, who disgracefully tried to yoke concern about the community implications of this crime to the BNP prejudice against all Asians. Vaz huffed and puffed that it was quite wrong to stigmatise an entire community because of a few men in this case who deserved to be prosecuted. Well first of all, it is clear from the evidence in this trial that this problem goes far beyond the nine men who were convicted yesterday. These girls report being passed around dozens if not hundreds of men, all apparently from the same community, but whom the police have failed to identify.

And second, this absurd argument is used time and again to stifle all discussion about ethnic or religious minority issues. No-one is saying that all Pakistanis or all Muslim men are guilty of this kind of abuse. Indeed, how could the expressed concern possibly ‘stigmatise an entire community’ when the chief crown prosecutor in the north west Nazir Afzal, who took the rare step of reinstating the prosecution of two of the perpetrators thus overturning the previous disgraceful decision to drop it, is himself of Pakistani origin although British born?

Of course, many Muslims will be aghast and revolted by the behaviour of these men. But the fact that Muslims are disproportionately represented among the perpetrators of this particular crime means inescapably that a cultural Muslim issue is involved. If this is not acknowledged, this terrible pattern of abuse will simply continue.  And those who shriek ‘racist’ or ‘Islamophobe’ at all who point this out in order to stifle proper debate thus make themselves also complicit in these outrages.

A Muslim community disproportionately involved in criminal behaviour targeted at non-Islamic people but which refuses to acknowledge any communal responsibility and claims instead to be the victim of a conspiracy; a society that refuses to acknowledge the religious and cultural wellspring of that behaviour and which condemns instead those who express concern about its consequences; where have we heard all this before? Whether in response to threats to life and liberty from within or without, Britain is still sleepwalking off the edge of a cliff. 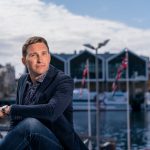 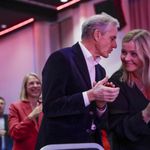