A story of rampant child abuse—ignored and abetted by the police—is emerging out of the British town of Rotherham. Until now, its scale and scope would have been inconceivable in a civilized country.  Its origins, however, lie in something quite ordinary: what one Labour MP called “not wanting to rock the multicultural community boat.”

Imagine the following case. A fourteen-year old girl is taken into care by the social services unit of the town where she lives, because her parents are drug-addicted, and she has been neglected and is not turning up in school. She is one of many, for that is the way in Britain today. And local government entities—Councils—can be ordered by the courts to stand in for parents of neglected children. The Council places the girl in a home, where she is kept with others under supervision from the social services department. The home is regularly visited by young men who try to entice the girls into their cars, so as to give them drugs and alcohol, and then coerce them into sex.

The girl, who is lonely and uncared for, meets a man outside the home, who promises a trip to the cinema and a party with children of her age. She falls into the trap. After she has been raped by a group of five men she is told that, if she says a word to anyone, she will be taken from the home and beaten. When, after the episode is repeated, she threatens to go to the police, she is taken into the countryside, doused in petrol, and told that she is going to be set alight, unless she promises to tell no one of the ordeal.

Meanwhile she must accept weekly abuse, in return for drugs and alcohol. Soon she finds herself being taken to other towns in the area, and hired out for sexual purposes to other men. She is distraught and depressed, and at the point when she can stand it no longer, she goes to the police. She can only stutter a few words, and cannot bring herself to accuse anyone in particular. Her complaint is dismissed on the grounds that any sex involved must have been consensual. The social worker in charge of her case listens to her complaint, but tells her that she cannot act unless the girl identifies her abusers. But when the girl describes them the social worker switches off with a shrug and says that she can do nothing. Her father, his drug habit notwithstanding, has tried to keep contact with his daughter and suspects what is happening. But when he goes to the police, he is arrested for obstruction and charged with wasting police time.

Over the two years of her ordeal the girl makes several attempts on her own life, and eventually ends up abandoned and homeless, without an education and with no prospect of a normal life.

Impossible, you will say, that such a thing could happen in Britain. In fact it is only one of over 1,400 cases, all arising during the course of the last fifteen years in the South Yorkshire town of Rotherham, all involving vulnerable girls either in Council care or inadequately protected by their families from gangs of sexual predators. Almost no arrests have been made, no social workers or police officers have been reprimanded, and until recently the matter was dismissed by all those responsible as a matter of no real significance. Increasing public awareness of the problem, however, led to complaints, triggering a series of official reports. The latest report, from Professor Alexis Jay, former chief inspector of social work in Scotland, gives the truth for the first time, in 153 disturbing pages. One fact stands out above all the horrors detailed in the document, which is that the girl victims were white, and their abusers Pakistani.

Sociologists convinced government that the police are racist

Fifteen years ago, when these crimes were just beginning, the Stephen Lawrence Inquiry into the conduct of the British police was made by Sir William Macpherson a High Court judge. The immediate occasion had been a murder in which the victim was black, the perpetrators white, and the behaviour of the investigating police lax and possibly prejudiced. The report accused the police – not just those involved in the case, but the entire police force of the country – of ‘institutionalised racism’. This piece of sociological newspeak was, at the time, very popular with leftist sociologists. For it made an accusation which could not be refuted by anyone who had the misfortune to be accused of it.

However well you behaved, however scrupulously you treated people of different races and without regard to their ethnic identity or the colour of their skin, you would be guilty of ‘institutionalised racism’, simply on account of the institution to which you belonged and on behalf of which you were acting. Not surprisingly, sociologists and social workers, the vast majority of whom are professionally disposed to believe that middle class society is incurably racist, latched on to the expression. MacPherson too climbed onto the bandwagon since, at the time, it was the easiest and safest way to wash your hands in public, to say that I, at least, am not guilty of the only crime that is universally recognised and everywhere in evidence.

The result of this has been that police forces lean over backwards to avoid the accusation of racism, while social workers will hesitate to intervene in any case in which they could be accused of discriminating against ethnic minorities. Matters are made worse by the rise of militant Islam, which has added to the old crime of racism the new crime of ‘Islamophobia’. No social worker today will risk being accused of this crime. In Rotherham a social worker would be mad, and a police officer barely less so, to set out to investigate cases of suspected sexual abuse, when the perpetrators are Asian Muslims and the victims ethnically English. Best to sweep it under the carpet, find ways of accusing the victims or their parents or the surrounding culture of institutionalised racism, and attending to more urgent matters such as the housing needs of recent immigrants, or the traffic offences committed by those racist middle classes.

Americans too are familiar with this syndrome. Political correctness among sociologists comes from socialist convictions and the tired old theories that produce them. But among ordinary people it comes from fear. The people of Rotherham know that it is unsafe for a girl to take a taxi-ride from someone with Asian features; they know that Pakistani Muslims often do not treat white girls with the respect that they treat girls from their own community. They know, and have known over fifteen years, that there are gangs of predators on the look-out for vulnerable girls, and that the gangs are for the most part Asian young men who see English society not as the community to which they belong, but as a sexual hunting ground. But they dare not express this knowledge, in either words or deed. Still less do they dare to do so if their job is that of social worker or police officer. Let slip the mere hint that Pakistani Muslims are more likely than indigenous Englishmen to commit sexual crimes and you will be branded as a racist and an Islamophobe, to be ostracised in the workplace and put henceforth under observation. 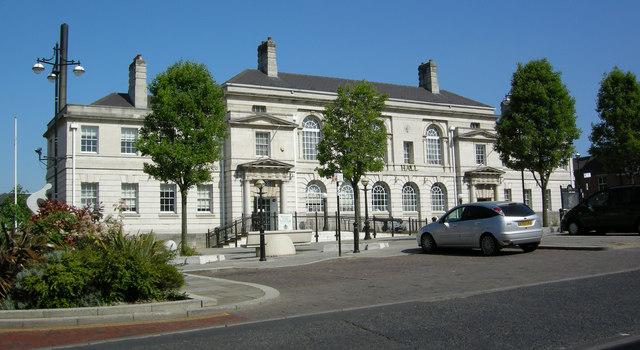 No one will be fired

This would matter less if fear had no consequences. Unfortunately political correctness causes people not merely to disguise their beliefs but to refuse to act on them, to accuse others who confess to them, and in general to go along with policies that have been forced on the British people by minority groups of activists. The intention of the activists is to disrupt and dismantle the old forms of social order. They believe that our society is not just racist, but far too comfortable, far too unequal, far too bound up with fuddy-duddy old ways that are experienced by people at the bottom of society – the working classes, the immigrants, the homeless, the illegals – as oppressive and demeaning. They enthusiastically propagate the doctrines of political correctness as a way of taking revenge on a social order from which they feel alienated.

Ordinary people are so intimidated by this that they repeat the doctrines, like religious mantras which they hope will keep them safe in hostile territory. Hence people in Britain have accepted without resistance the huge transformations that have been inflicted on them over the last thirty years, largely by activists working through the Labour Party. They have accepted immigration policies that have filled our cities with disaffected Muslims, many of whom have now gone to fight against us in Syria and Iraq. They have accepted the growth of Islamic schools in which children are taught to prepare themselves for jihad against the surrounding social order. They have accepted the constant denigration of their country, its institutions and its inherited religion, for the simple reason that these things are theirs and therefore tainted with forbidden loyalties.

And when the truth is expressed at last, nobody is fired, no arrests are made, and the elected Police and Communities Commissioner for Rotherham, although forced to resign from the Labour Party, refuses to resign from his job. After a few weeks all will have been swept under the carpet, and the work of destruction can resume.