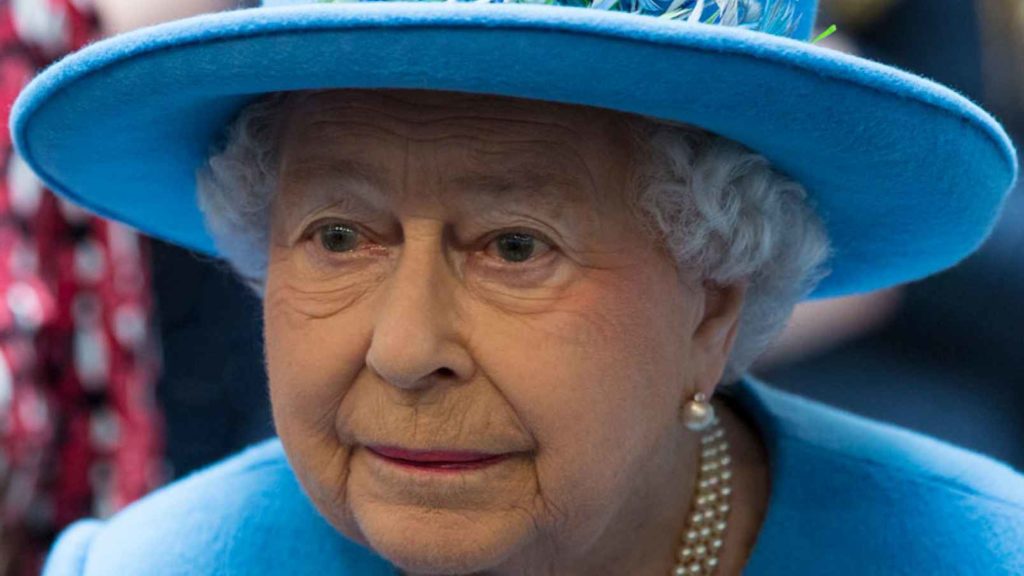 To Your Most Royal, Majestic and Imperial Personage, by the Grace of God Sovereign of the United Kingdom, Canada, Australia, New Zealand, Papua New Guinea, the Solomon Islands, Tuvalu, Antigua and Barbuda, the Bahamas, Barbados, Belize, Grenada, Jamaica, Saint Kitts and Nevis, Saint Lucia, and (last but not least) Saint Vincent and the Grenadines:

Your Multifariously Magnificent Queenship, I must begin by confessing that I am not exactly a monarchist. In fact I’m not a monarchist at all. Some of my best friends are monarchists, but I’m not one of them. The problem here is that I’m an American, and some of my ancestors, as it happened, fought a Revolution to liberate us from your screwy, drooling, and, let’s face it, essentially ga-ga great-great-great grandfather, George III. As a result, we norteamericanos kind of have anti-monarchism in our genes. Sorry about that. Nothing personal.

Another problem is that I’ve lived in a couple of monarchies – although not any of yours (and boy, what a list! What’s it like to be Queen of Saint Lucia?) – and I’ve seen European kings and queens whose lives are supposed to be consecrated to the welfare of their people but who routinely say and do things that amount to a cruel betrayal of those very people.

You want me to be specific? Okay, one example: in 2004, when a jihadi terrorist slaughtered Theo van Gogh, a celebrated writer and filmmaker and an outspoken critic of Islam (and a collateral descendant of the famous painter) in the streets of Amsterdam – in broad daylight, mind you – the now-retired Queen Beatrix of the Netherlands not only didn’t do anything to honor his memory; she rushed to the nearest Muslim community center to show solidarity with her nation’s Islamic minority. It was, in a word, despicable. She might as well have spit on van Gogh’s grave.

Beatrix is a coward. Her son, the current Dutch king, is no better. Maybe worse, in fact. Yes, probably worse. Ditto the horrific royals in Sweden and Belgium. That Queen Margrethe in Denmark isn’t so bad  – sometimes, in fact, she’s quite impressive – but her record in these matters is uneven.

As for you, however – well, let’s just say that, like hundreds of millions of others, I’ve been observing you, from a distance, for my entire life. Also, I’ve watched that Netflix TV series, The Crown. Plus that movie from a few years ago, The Queen. Several times! From these and other sources, I get two overall impressions. First, you live really, really well. (A minor observation: your palaces are full of nice-looking old books, but nobody ever seems to take one of them down from the shelf.) Second, you really seem to give at least some degree of serious thought to your responsibilities to your kingdom and your people.

Which is why, the other day, when the activist Tommy Robinson was arrested in Leeds and then, with (frankly) terrifying rapidity, incarcerated in a prison in (ugh) Hull, I thought of you.

After all, Tommy Robinson has been prosecuted in your name. Over and over. And his only crime, really, Milady, has been standing up for the very same Britain that you inherited from your father, good King What’s-His-Name – you know, the guy they made that movie For Chrisssakes, the King Can’t Stop Stuttering about. Over the decades, I have kind of picked up the idea that you actually love your country, that you cherish the values for which your brave military fought in World War II (sorry, I mean the Second World War), and that you take your role as Head Lady Who’s Nominally in Charge of the Whole Place very seriously. I remember from The Crown that as a young woman you were steeped by your tutor in the works of Walter Bagehot, or at least in his definitive writings about Britain’s monarchy and unwritten constitution (the latter, incidentally, being a concept that I’ve never quite been able to wrap my mind around). It was Bagehot, as you well know, who wrote that the British sovereign has three rights: “the right to be consulted, the right to encourage, the right to warn.”

I have to admit that ever since Tommy Robinson was brutally dragged away by cops from the street in Leeds where he was doing nothing more than performing his job as a freelance journalist, and was then hauled off to the hoosegow in secrecy while your judiciary – again, in your name – ordered the British media to stay mum about what was happening to him, that line from Bagehot has been jangling around in my head like an old TV commercial jingle.

Excuse me if I’m wrong, but I can’t imagine that these developments cheer you. I know that your first, and (they say) favorite, prime minister was Winston Churchill. He was, as you surely remember, a man who, in his 1899 book The River War, called Islam “a militant…faith,” declared that “[n]o stronger retrograde force [than Islam] exists in the world,” and wrote bluntly about Islam’s ability to instill in its followers at once a “fanatical frenzy” and a “fatalistic apathy.”

And there was more where that came from:

Improvident habits, slovenly systems of agriculture, sluggish methods of commerce, and insecurity of property exist wherever the followers of the Prophet rule or live. A degraded sensualism deprives this life of its grace and refinement; the next of its dignity and sanctity. The fact that in Mohammedan law every woman must belong to some man as his absolute property – either as a child, a wife, or a concubine – must delay the final extinction of slavery until the faith of Islam has ceased to be a great power among men.

Four years ago, a candidate in the British elections for Member of the European Parliament was arrested simply for quoting from this passage. Arrested! Again, in your name. In recent years, other subjects of yours have also gotten into hot water with the law – in your name – for quoting from Churchill’s eloquent observations on Islam. Or for saying pretty much the same thing in their own words.

You can’t possibly like any of this, can you? Sitting there in Buckingham Palace, or in that spread of yours up in Scotland, and reading the (several days’ delayed) newspaper accounts of Tommy Robinson’s encounter with British injustice, you must have – I know you must have – winced. At least!

You’re old enough to remember what your country used to be like. You never had to stand in line – sorry, queue up – for a bus, but you know that your people were famous around the world for being so friggin’ decent and orderly that they never even broke a queue. Yes, you had that snotty class thing going on, but otherwise you ran a pretty civilized island. (I’m talking about Great Britain here, of course – not any of those dinky little islands that you’re queen of: I haven’t researched them so much.)

You’re old enough, in short, to be shocked to the core by the fact that, in once-peaceable cities all over your realm, there are Muslim rape gangs that, for years at a time, have subjected small “infidel” girls by the hundreds to acts of sexual abuse so appalling that they make the word “rape” seem like a euphemism. Not to mention that there are people who work for you in the Queen’s This and the Royal That, who for years and years have systematically ignored, covered up, and minimized these disgusting crimes. In your name.

And that’s just one aspect of the Islamic invasion. You know it. I don’t know what words you use to talk about it with your husband and son and whoever else you may confide in, but I can’t imagine that, in recent years, watching one pusillanimous prime minister after another preside over all this evil, you haven’t found yourself contemplating those words of Bagehot’s: “the right to be consulted, the right to encourage, the right to warn.”

Liz, you’re 92. Your time is running short. Your kingdom, too, is headed toward an unprecedented reckoning. One word: warn! Call in that foolish woman, Theresa May, and read her the riot act. Make demands. Tough ones. You’re in a position to do so. Threaten to go public if she doesn’t snap to it and do what you say. What’s there to lose? She can throw others in prison, but one thing that’s crystal clear under British law is that she can’t put a hand on you, no matter what you say or do.

I get it: you’ve never done anything like this before. You’ve been a good girl. You’ve kept your mouth zipped about sixty-odd years of public nonsense. It’s not easy to break old habits. But now is the time to act. If you did so – publicly, fearlessly – with all the fury that I suspect you’ve been building up all these years, and with all the force that I suspect is still at your command, I daresay it might well shake millions of your people out of their silence and shake your pathetic, hapless government out of its treacherous faintness of heart. At least it’s worth a try. Isn’t it?

Simply put, Queenie, you’re in a position to save your kingdom. Who else can do it? It could be your greatest legacy. As we say in the USA, time’s a-wastin’. Do it. Warn!