Europe is going through a period of radical change, but it is facing this with a process of radical self-distraction. Unwilling to face up to our problems we obsess over the responses to those problems. There have been some startling recent examples.

As the whole world now knows, on New Year’s Eve in Cologne, dozens of German women were sexually assaulted, apparently by some of that country’s more recent arrivals. For days the media across Europe declined to even report the story. It was only because of new media that the story began to get out at all. Then when the media did get around to reporting the story they covered it in that now-familiar way which suggests their job is not so much to report the facts as to negotiate between the facts and their fear over how the general public might react to those facts. Perhaps we should be grateful that there is any coverage a week after the attacks. After all, it took more than a decade for 1500 rapes in the north of England to make much news.

Yesterday the Guardian (where any male doing anything is usually a demonstration of ‘rape culture’) finally ran a piece suggesting that perhaps we shouldn’t cover up actual, real rape-culture such as that in Cologne, conceding that it hadn’t helped much with Rotherham. The piece was predictably hailed as brave and controversial  because today it has indeed become brave and controversial to report the facts. Thinking aloud about any of the repercussions of those facts, however, remains the pursuit only of a madman.

This is a shame, because some free thought and discussion about what is going on could have been useful at an earlier stage. Last year, when Angela Merkel flung open Germany’s borders anyone who said, ‘Are you sure you know what you’re doing?’ was shouted down with cries of ‘racist’. Then, after about a million more people had come into the country even Chancellor Merkel started to wonder who they all were and whether they had all the right Germanic ideas. One minister finally said that they weren’t keen on letting many more anti-Semites into Germany. And now in the wake of the New Year’s Eve attack some politicians are saying they don’t really want people who aren’t even up to speed with even last millennia’s views on women. Perhaps it is too late and German women will indeed have to follow the advice of the Mayor of Cologne and take more care when out on the streets (‘No skirts. No trousers. Have you considered this lovely burka madam?’) Or perhaps an intensive period of workshops with new arrivals will settle it all amicably and swiftly. I suppose we will just have to hope so. In the meantime it turns out that the German police have been caught mis-representing the facts about who was doing the New Year’s Eve raping., and so we are now in the far more dangerous place where lies become the preserve not only of the fourth estate, but of the state itself. 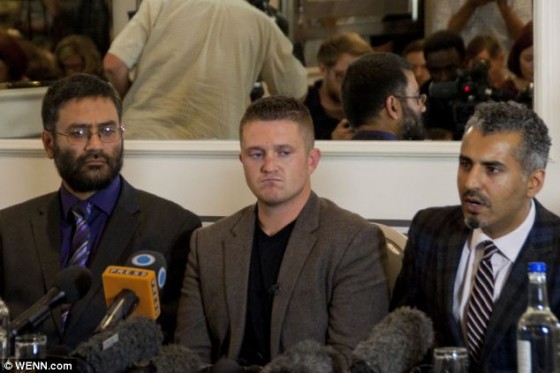 Over Christmas I read a new book by Tommy Robinson called ‘Enemy of the State’. This memoir by the founder and former leader of the English Defence League bears out what I wrote about Robinson a couple of years back when I interviewed him for the Spectator after he had left the EDL. In particular it seems clear from Tommy Robinson’s full account of his story that if the British police and others in authority had got a grip on Al-Muhajiroun and other Islamic extremists earlier on then nobody would ever have heard of the EDL or Tommy Robinson. The EDL always were a secondary problem – a reaction to a problem. But instead of dealing with the problem they were objecting to (Islamic fundamentalists having free reign to abuse British soldiers, just for starters) the full might of the state devoted itself to shutting down Tommy Robinson and the EDL: which is like trying to treat a disease-racked body by addressing a skin irritation.

As his memoir makes clear, from the moment that Robinson and the EDL emerged the entire force of the state came down upon their heads. Robinson’s home and the homes of his relatives were repeatedly raided by police. All their private papers and records were gone over repeatedly and eventually Robinson was charged and sent to prison in a mortgage fraud case. It is very clear to me – as I think it would be to anyone else considering his case – that although Robinson was obviously wrong to do what he did in the mortgage case it would never have come up, would never have been charged and would certainly never have gone to prison if he had not set up the EDL.

Now I didn’t agree with the EDL and do not like what they did. But the fact that the police and other authorities could get their leader into prison in such a manner showed a wildly skewed set of priorities. How many dodgy Muslim clerics and welfare-jihadists in the UK have got dodgy financial stuff in their background somewhere? Why can’t they be repeatedly sent in and out of prison on a whole range of trumped-up charges? Why did the police and Crown Prosecution Service not spend years crawling over every piece of paper kept by everyone around Al-Muhajiroun and the like? What seems clear from Robinson’s account of his life over recent years is that the authorities have used every power at their disposal not simply to stop his political activities but to shut him up. The impetus to do the same with the people he is objecting to meanwhile has simply been absent.

And now recent days have seen another example. In his book Robinson recounts an occasion while he was in prison where he was put in alongside a large number of Muslim extremists (including on one occasion a cell who were in prison for trying to kill him and others in the EDL). On pages 305-7 he describes one incident where he says that a Somali Muslim in prison had been persuaded by a Muslim gang leader to attack him. There was a fight. This was during one of Robinson’s last spells in prison. The authorities appear to have assured Robinson and his lawyers that no charges would be pending from this incident, which took place in 2014.

Then last week Robinson announced that he was founding Pegida UK (an offshoot of the German anti-Islamist movement) alongside former Labour candidate Anne-Marie Waters and Paul Weston. Two days later he was arrested on charges relating to the 2014 prison incident. I do not know all the facts here and I am sure there is much still to come out. But it would appear that the British police and others are working very hard to ensure that Robinson is not allowed to express his views on Islam and immigration and that they have pulled out this historical case in order to stop him from doing so. I hope that other journalists who care about the rule of law and free expression also look at this case, because it is extremely worrying. But I mention that case because it is a reminder that instinctive reaction to the Cologne case is symptomatic of a much wider problem. With Pegida protests in German today being fired on by police with water-cannons that problem of attacking the reaction rather than the problem (where were the water cannons on New Year’s Eve?) has rarely seemed starker. 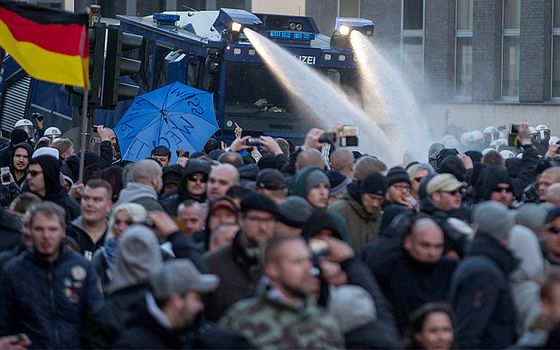 But this is not only a police problem or a government problem: it is also a societal problem. This week saw the first anniversary of the Charlie Hebdo shootings, and one year after the day itself a man was shot dead while trying to storm a police station in Paris. Bad news stories like this from across the continent come in thick-and-fast these days. But what are people to do? Well one option would be to deal with the problem. Another is to partake in the sort of distraction offered by the folks of Twitter. In the wake of the latest Paris death they decided to amuse themselves by pretending that Donald Trump is so dumb that he thinks Paris is in Germany. Immediately after the latest Paris attack Trump sent out a tweet saying: ‘Man shot inside Paris police station. Just announced that terror threat is at highest level. Germany is a total mess – big crime. GET SMART!’

This was clearly referring to two separate problems. But the hashtag ‘#Paris Is In Germany’ trended all day. How hilarious! We don’t have to worry about all the troubles our continent because we have an American politician to laugh at.

Later this month the House of Commons will discuss the urgent issue of Mr Trump. This is because last month Trump said that he wanted to stop Muslim immigration into the US and added that Britain and Europe have a serious Muslim extremism problem. Because of this more than half a million people signed a petition calling for Trump to be barred from Britain. This now has to be debated in Parliament and doubtless all those MPs who rarely do much about problems they could deal with will grandstand their opposition to a foreign politician who doesn’t care what they think. In the last week we have been reminded that the British government not only doesn’t know who is coming into our country, but doesn’t even know who is leaving either. Still, it’s all fine so long as we divert ourselves by talking Trump. Perhaps this will be the European habit for some time to come. Perhaps it will finally do for us.

Millions of people whose identities and beliefs are unknown have been let into our continent. Many who have been here for a few years continue to present challenges which are by no means minimal. There seems to be a belief that so long as we have got Katie Hopkins, Donald Trump or Tommy Robinson to kick around then we can focus our energies on ignoring the problem.

Of course all one can do is warn. But it seems to me that, if we keep distracting ourselves from the problem and beating up on every response to it, then this continent of ours is going to go very bad, very fast. 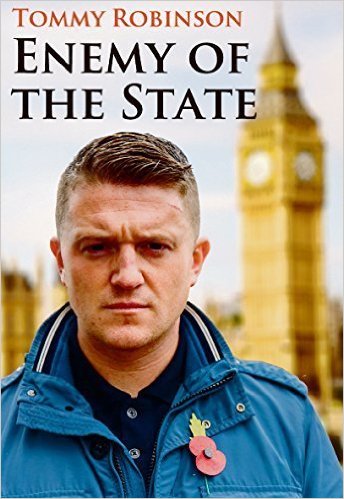 Cologne exposes a crisis in our continent, yet parliament is debating Donald Trump