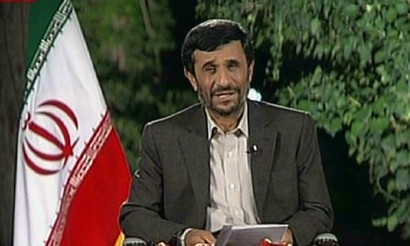 «This is a new beginning for Iran … we have entered a new era,» the president said, explaining that the 85 percent turnout and overwhelming win had given his government a new legitimacy.

«It was the most clean and free election in the world,» he said, adding that during the re-count «no fault was discovered. The whole nation understood this.»

«This election has doubled the dignity of the Iranian nation,» he said.

During the half hour speech, Iranians in many parts of the capital Tehran could be heard shouting from their rooftops, «death to the dictator» and «God is great» — actions that have become a symbol of defiance since the elections.