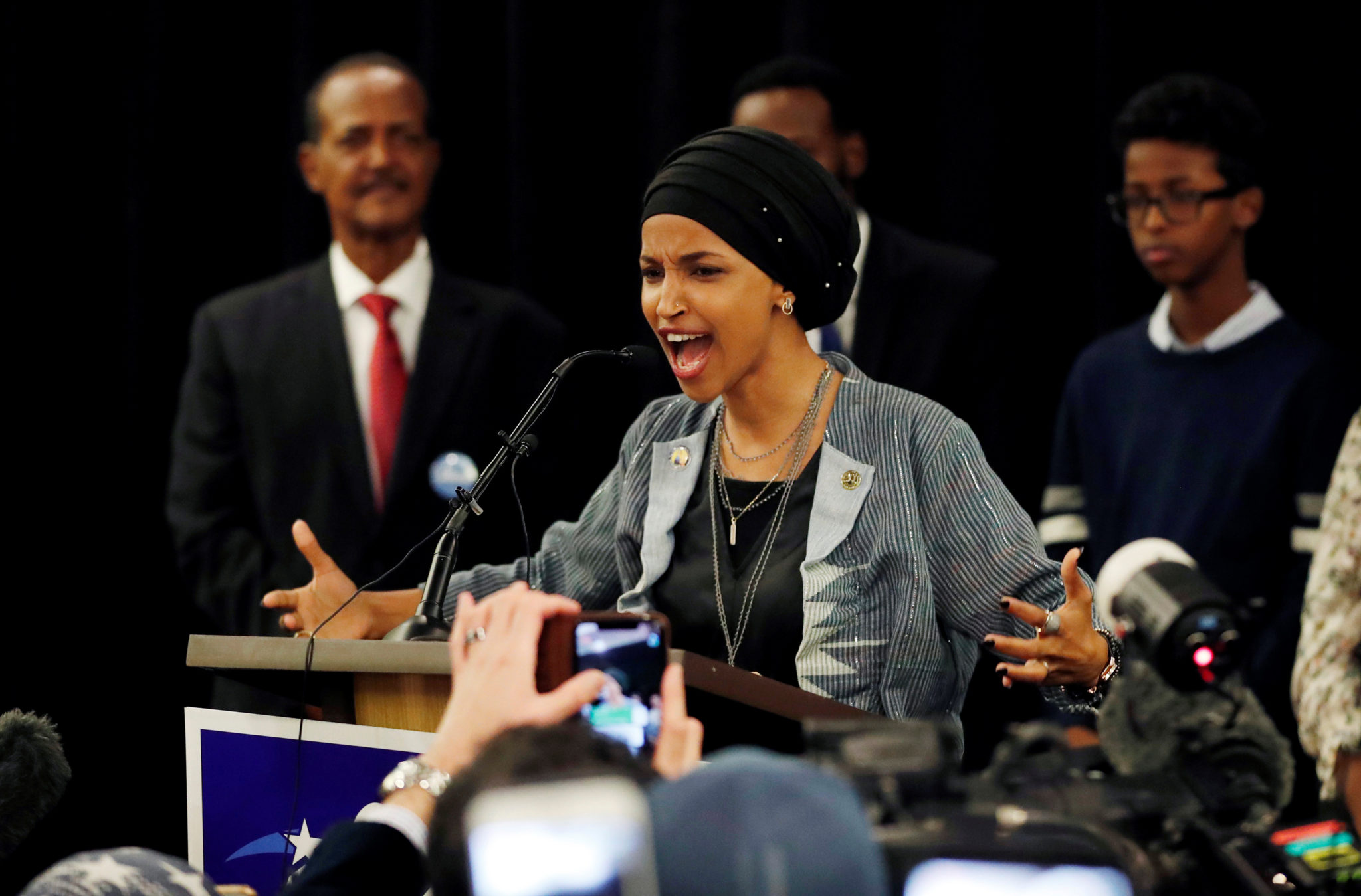 Less known is that both women deceived voters about their positions on Israel. Both women, at some point during their rise in electoral politics, led voters — especially Jewish voters — to believe that they held moderate views on Israel. After being elected, both women reversed their positions and now say they are committed to sanctioning the Jewish state.

America’s first two Muslim congresswomen are now both on record as appearing to oppose Israel’s right to exist. They both support the anti-Israel boycott, divestment and sanctions (BDS) movement. Both are also explicitly or implicitly opposed to continuing military aid to Israel, as well as to a two-state solution to the Israeli-Palestinian conflict — an outcome that would establish a Palestinian state alongside Israel. Instead, they favor a one-state solution — an outcome that many analysts believe would, due to demographics over time, replace the Jewish state with a unitary Palestinian state.

Ilhan Omar, who will replace outgoing Rep. Keith Ellison (the first Muslim elected to Congress) in Minnesota’s 5th congressional district, came to the United States as a 12-year-old refugee from Somalia and settled in the Twin Cities, Minneapolis and Saint Paul, in the late 1990s.

In her acceptance speech, delivered without an American flag, Congresswoman-elect Omar opened her speech in Arabic with the greeting, «As-Salam Alaikum, (peace be upon you), alhamdulillah (praise be to Allah), alhamdulillah, alhamdulillah.» She continued:

Omar faced some controversy during the campaign, including a disturbing report that she had married her own brother in 2009 for fraudulent purposes, as well as a tweet from May 2018 in which she refers to Israel as an «apartheid regime,» and another tweet from November 2012, in which she stated: «Israel has hypnotized the world, may Allah awaken the people and help them see the evil doings of Israel.»

After the tweets came to light, Omar met with members of her congressional district’s large Jewish population to address concerns over her position on Israel, as reported by Minneapolis’s Star Tribune. During a Democratic Party candidates’ forum at Beth El Synagogue in St. Louis Park on August 6 — one week before Omar defeated four other candidates in the party’s primary — Omar publicly criticized the anti-Israel BDS movement. In front of an audience of more than a thousand people, Omar said she supported a two-state solution to the Israel-Palestine conflict and that the BDS movement aimed at pressuring Israel was not helpful in trying to achieve that goal.

Pressed by moderator Mary Lahammer to specify «exactly where you stand on that,» Omar replied that the BDS movement was «counteractive» because it stopped both sides from coming together for «a conversation about how that’s going to be possible.»

Less than a week after being elected, however, Omar admitted that she supports the BDS movement. On November 11, Omar’s office told the website MuslimGirl.com that she favors BDS against Israel:

«Ilhan believes in and supports the BDS movement, and has fought to make sure people’s right to support it isn’t criminalized. She does however, have reservations on the effectiveness of the movement in accomplishing a lasting solution.»

On November 12, Omar told TC Jewfolk, a website catering to the Jewish community in the Twin Cities, that her position on the BDS movement «has always been the same» and pointed to her vote as a state lawmaker against House bill HF 400, which prohibits the state from doing business with companies or organizations that boycott Israel.

In a recent interview with the Star Tribune, Omar characterized the controversy over her tweets about Israel as an effort to «stigmatize and shame me into saying something other than what I believed.»

In a July 8, 2018 interview with ABC News, for a segment entitled, «Progressive Democrats Increasingly Criticize Israel, and Could Reap Political Rewards,» Omar defended her tweets. She said the accusations of anti-Semitism «are without merit» and «rooted in bigotry toward a belief about what Muslims are stereotyped to believe.»

On September 22, Omar was the keynote speaker in Minneapolis at a fundraiser focused on providing monetary support for Palestinians in Gaza, which is ruled by Hamas. The US Department of State has officially designated Hamas a terrorist group. After the event, Omar tweeted:

«It was such an honor to attend the ‘Dear Gaza’ fundraiser … I know Palestinians are resilient people, hateful protesters nor unjust occupation will dim their spirit.»

«Now, it isn’t inherently anti-Semitic to be critical of Israeli political leadership or policies. The Democratic Party antagonism toward the Jewish state has been well-established over the past decade. But Omar used a well-worn anti-Semitic trope about the preternatural ability of a nefarious Jewish cabal to deceive the world….

«Omar had a chance to retract, or at least refine, her statement. Instead, she doubled down … blaming Jewish Islamophobia for the backlash….

«To accuse the only democratic state in the Middle East, which grants more liberal rights to its Muslim citizens than any Arab nation, of being an ‘apartheid regime’ is, on an intellectual level, grossly disingenuous or incredibly ignorant. And when a politician singles out Jewish allies as ‘evil,’ but ignores every brutal theocratic regime in the area, it’s certainly noteworthy….

«Omar’s defenders will claim she’s anti-Israel, not anti-Jewish. ‘Anti-Zionism’ has been the preferred justification for Jew-hatred in institutions of education and within progressive activism for a long time. Now it’s coming for politics. Democrats can either allow it to be normalized, or they can remain silent.»

In Tlaib’s acceptance speech, delivered with a Palestinian flag, she credited her victory to the Palestinian cause. «A lot of my strength comes from being Palestinian,» she said.

Like Omar, Tlaib has changed her positions on key issues in the Israeli-Palestinian conflict. During her race for the Democratic nomination in the state primary, Tlaib actively «sought out the support and received the endorsement of J Street.» J Street is a left-leaning organization that is highly critical of the Israel government, and through «JStreetPAC,» it also allocates financial support to those who back J Street’s policies.

J Street endorsed Tlaib «based on her support for two states» with the JStreetPAC website claiming that she «believes that the U.S. should be directly involved with negotiations to reach a two-state solution. Additionally, she supports all current aid to Israel and the Palestinian Authority.»

After her primary win on August 7, however, Tlaib radically shifted her positions on Israel, so much so that Haaretz suggested that she pulled a «bait-and-switch.»

In an August 14 interview with In These Times magazine, Tlaib was asked whether she supported a one-state or two-state solution. She replied:

«One state. It has to be one state. Separate but equal does not work…. This whole idea of a two-state solution, it doesn’t work.»

Tlaib also declared her opposition to US aid for Israel, as well as her support for the BDS movement.

When asked why she accepted money from J Street, Tlaib said that the organization endorsed her because of her «personal story,» not her policy «stances.»

In an August 13 interview with Britain’s Channel 4, Tlaib revealed that she subscribes to the specious concept of intersectionality, which posits that the Israeli-Palestinian conflict is fundamentally a dispute between «white supremacists» and «people of color.»

When Tlaib was asked about her position on Israel, she replied, «I grew up in Detroit where every single corner of the district is a reminder of the civil rights movement.»

When Tlaib was asked whether, once in Congress, she would vote to cut aid to Israel, she replied: «Absolutely. For me, US aid should be leverage.»

«After closely consulting with Rashida Tlaib’s campaign to clarify her most current views on various aspects of the Israeli-Palestinian conflict, we have come to the unfortunate conclusion that a significant divergence in perspectives requires JStreetPAC to withdraw our endorsement of her candidacy.

«While we have long championed the value of a wide range of voices in discussion of the conflict and related issues, we cannot endorse candidates who conclude that they can no longer publicly express unequivocal support for a two-state solution and other core principles to which our organization is dedicated.»

Commentator Jonathan Tobin noted that many American Jews seemed indifferent to victories by these anti-Israel Democrats:

«The base of the Democratic Party has been profoundly influenced by intersectional arguments that, like Tlaib’s slurs, view the Palestinian war on Israel as akin to the struggle for civil rights in the United States….

«For most [American Jews], Israel is, at best, just one among many issues they care about. At the moment, that means most American Jews are far more interested in evicting US President Donald Trump from the White House or expressing solidarity with illegal immigrants than about threats to Israel…

«With many Jews expressing distaste for an ‘illiberal’ Israel, it’s little surprise that the bulk of American Jewry isn’t overly bothered about the election of Socialists who are unsympathetic to the Jewish state or consider Zionism to be racist.»

First Muslim Women in US Congress Misled Voters About Views on Israel
by Soeren Kern
November 16, 2018 at 5:00 am
https://www.gatestoneinstitute.org/13308/ilhan-omar-rashida-tlaib 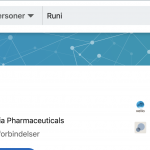