Pope Francis was probably unaware that during his visit to Bethlehem earlier this week, a Christian school in east Jerusalem was being attacked by Palestinian families for allegedly banning their daughters from wearing the hijab, the veil that covers the head of Muslim women.

The families claimed that the administration of Rosary Sisters’ School had prevented their daughters from attending a graduation ceremony because they were wearing the hijab.

The school decided several years ago that it would not allow Muslim girls to attend graduation ceremonies while wearing the hijab. The decision has triggered a war of words between supporters and opponents of the ban and highlighted tensions between Christians and Muslims.

On May 22, the families, in an unprecedented move, staged a demonstration against the Rosary Sisters’ School, accusing its directors of «racism» and «intolerance».

The demonstration is seen as a sign of long-simmering tensions between Muslims and Christians in Jerusalem and the West Bank, especially Bethlehem.

Of course the Palestinian Authority did not tell Pope Francis anything about the smear campaign that was being waged by Muslims against the Rosary Sisters’ School in east Jerusalem.

At the demonstration outside the girls’ school in the Jerusalem neighborhood of Beit Hanina, protesters shouted slogans against the administration and carried placards that read, «No To Racism,» «Hijab Is A Personal Freedom» and «Enough To Racism.»

Some of the protesters pointed out that the hijab had «triumphed in France and Europe» while it was being banned by a school in east Jerusalem.

It was the first time that Muslims had demonstrated against a Christian institution in the city. The families of the 17 girls who did not attend the graduation ceremony were joined by dozens of Palestinian Muslims who joined the campaign against the Christian school.

Um Mohamed, the mother of one of the girls who were reportedly banned from attending the graduation ceremony, said she and other parents had reservations about their daughters being forced to appear in public without the hijab.

The campaign against the Christian school, which has a majority of Muslim students, sparked controversy among Palestinians. While many strongly condemned the school administration for «combating Islam,» others came out in defense of the Christian institution and noting the hypocrisy of the protesters.

«This is a missionary school and were it not for the presence of Muslim students it would have closed a long time ago,» commented Ali, a Muslim from Jerusalem.

Another Muslim, who asked not to be identified, remarked, «May Allah bring victory to Islam and Muslims because it seems that the religion of Islam is a thorn stuck in the throat of many.»

Other Muslims demanded that the nuns running the school also remove their head covers in return for the ban on the hijab. A school teacher, who also refused to be identified, called for the closure of the school for failing to respect girls wearing the hijab.

Some Muslims went so far as to use derogatory terms to denounce the nuns who are in charge of the school.

But some Muslims also defended the school administration’s decision, saying those parents who are unhappy should not send their girls to Christian schools in the first place.

«I am a Muslim woman and I agree with the school,» said Razan from east Jerusalem. «To make it short, it is a Christian school and if you want to put on a hijab go to a Muslim school.»

Another Palestinian named Rami pointed out that the Rosary Sisters’ School was a private institution that has its own regulations. «Would an Islamic school or college allow a Christian girl to enter its premises without a hijab?» he asked.

Some protesters went as far as proposing that Muslims seize control of the school and turn it into an Islamic institution.

The controversy over the hijab at Rosary Sisters’ School continued even as the Pope was visiting Bethlehem. But neither the Pope nor any of his advisors, or the dozens of journalists covering his visit, heard about the incident at the Christian school. Some Christian families said they considered bringing the issue to the attention of the Pope and his entourage, but were unable to do so out of fear of retribution.

Now that the story of the Christian girls’ school and the hijab has surfaced, it remains to be seen whether the Pope or the Vatican will do anything to help the school’s administration in the face of the campaign of intimidation and threats. 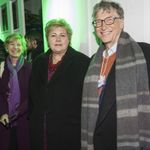 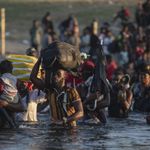