«I’m 200 percent sure this was his work,» said Nasir Abbas, a former Jemaah Islamiyah leader turned police informant who has worked with police on investigations into Indonesia’s last three terrorist attacks.

A police investigator told The Associated Press on Saturday that Noordin was the most likely suspect.

«Considering the target, the location and content of the bombs, it was clearly the work of Noordin,» the investigator said, declining to give his name because he wasn’t authorized to speak to the media.

The investigator said a hotel receptionist told police that one of the suspected bombers who checked into the hotel days before gave his name as «Nurdin.» He gave a $1,000 cash deposit because he had no credit card, he said.

Noordin, an engineer and alleged bomb-maker, is accused of masterminding four major strikes in Indonesia with the help of al-Qaida that killed more than 240 people, including the 2002 and 2005 Bali bombings, a strike on the J.W. Marriott in 2003, and a huge blast at the Australian Embassy in Jakarta in 2004 when a ton of explosives was hidden in a delivery
van. 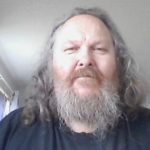