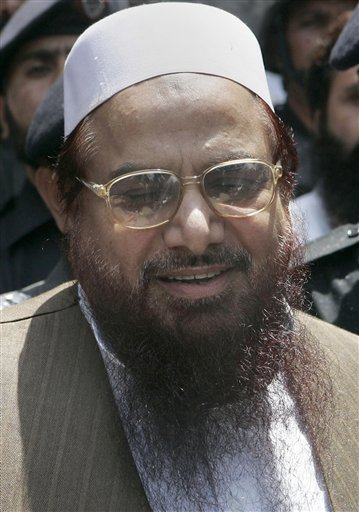 In the eastern city of Lahore, a three-judge High Court panel ruled that Saeed, a hardline Islamic cleric detained since a December crackdown in response to the Mumbai attack, could be held no longer because there was no evidence against him, his lawyer A.K. Dogar told reporters.

The court did not immediately make its findings public.

Saeed stayed within the compound of his home near Lahore after the ruling, and it was not clear if there were further formalities to be completed before he could leave. Attorney General Sardar Latif Khosa said the government was considering an appeal, but needed time to study the judgment.

Saeed is the chief of Jamaat-ud-Dawa, an organization he says is a charity to help impoverished and disaster-stricken Pakistanis. The United Nations has designated the group a front for the notorious Lashkar-e-Taiba and says it is a terrorist group in its own right.

Saeed set up Lashkar in the 1980s with the blessing of Pakistan’s intelligence services, and the group has a long and bloody history of guerrilla warfare and bombings aimed at Indian rule in Kashmir. The neighbors have fought two wars over the Himalayan territory since 1947.

Defense analyst Ayesha Siddiqa said it appeared prosecutors had not pressed their case against Saeed very hard. Moonis Ahmar, a professor of international relations at Karachi University, said it showed elements within the government were protecting Saeed and his group.

«It seems that a section of the establishment keep covering up and patronizing such elements,» Ahmar told The Associated Press. «I think the government would appeal if it believes him to be a threat to national security and peace.»

Ahmar said the ruling would give a moral boost to militants fighting government forces that have reclaimed large parts of Swat from Taliban control in the past month.

A series of suicide attacks in Pakistani cities last week were claimed by a senior Taliban member as reprisals for the Swat offensive.

The footage shows at least three attackers driving up in a white van to a guard post protected by concrete barriers and security gates. Two men jump out and start firing rifles, giving chase as guards flee.

One of the men then opens the gates, and the van drives forward. One of the attackers crumples to the ground, apparently shot by someone who is not in view.