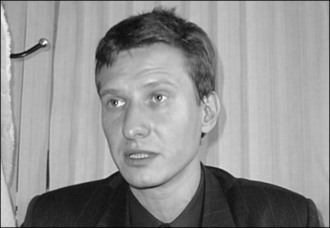 ANOTHER RUSSIAN fighting for human rights and the rule of law has been murdered in Vladimir Putin’s Moscow. Stanislav Markelov, a lawyer who defended Chechens brutalized by Russian troops and journalists who wrote about the abuses, was shot in the head yesterday by a masked man carrying a silencer-equipped pistol. An opposition journalist who tried to intervene, Anastasia Baburova, was also fatally shot in the head. This occurred in broad daylight, on a busy street in central Moscow less than half a mile from the Kremlin. It was another demonstration that assassinations are a dominating feature of political life under Mr. Putin’s regime.

Mr. Markelov, 34, was killed just after holding a news conference. In recent days, he had been fighting against the early release from prison of a Russian colonel who had been convicted of brutally murdering a Chechen woman. The officer, Yuri Budanov, has become a symbol for many of Russia’s gross violations of human rights in Chechnya, since he was one of the few officers ever held accountable. Mr. Budanov’s release a year before the end of his sentence prompted protest demonstrations in Chechnya; Mr. Markelov pointed out that Mr. Budanov’s release contrasted sharply with the treatment of nonviolent political prisoners such as former Yukos oil executive Mikhail Khodorkovsky, who was denied parole.

The larger story here is of serial murders of Mr. Putin’s opponents, at home and abroad. Ms. Baburova, 25, is at least the 15th journalist to be slain since Mr. Putin took power. No one has been held accountable in any of the cases — including that of Anna Politkovskaya, a former client of Mr. Markelov who also was murdered execution-style in broad daylight, on Mr. Putin’s birthday in 2006. In London, dissident former KGB agent Alexander Litvinenko was poisoned; so was Ukrainian President Viktor Yushchenko, who survived. Karina Moskalenko, another opposition lawyer who has represented Ms. Politkovkaya’s family, fell ill from mercury poisoning in Strasbourg, France, in October, just before a hearing in the case. Last week in Vienna, a Chechen dissident who had received political asylum was murdered on the street — shot twice in the head.

It is possible that Mr. Putin and his security services had nothing to do with any of these murders. But it is a fact that the Russian leader has not pressed for justice; on the contrary, he has protected the suspects identified by Scotland Yard in the Litvinenko case. What is indisputable is that Russians live in a political climate in which those who criticize Mr. Putin or the human rights violations of his government can be murdered with impunity. Although some of the killings have occurred in their cities, Western governments have made no attempt to hold Mr. Putin or the Russian government accountable. Their silence helps keep brazen murder a part of Russia’s politics.