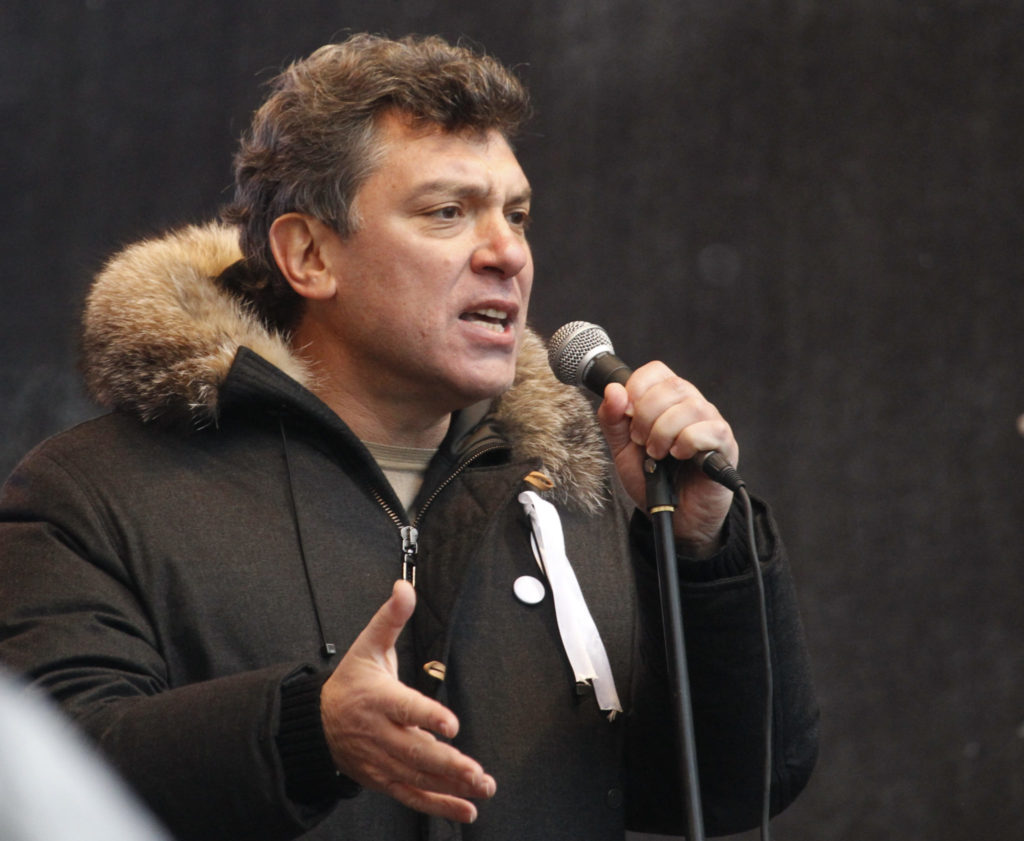 Navalny himself was doused with bright green dye by an opponent in an eerie parallel to the poisoning that disfigured the face of Ukrainian politician Victor Yushchenko. Navalny’s supporters, in solidarity, have taken to green face paint.

These courageous protests may call to mind the 2015 «Sunflower» movement in Taiwan or the «Umbrella» movement in Hong Kong. The former opposed Taiwanese trade with China, a plan that could have made the island dependent on the mainland for its economic future. The latter demanded the «full autonomy,» promised by Britain and agreed to by China, when the British departed in 1999. Both were notable for the number of students in the forefront. The protests also call to mind the Arab Spring demonstrations of 2011, grounded in the belief by Arab citizens that their governments were hopelessly corrupt; also Iran’s massive 2009 Green Movement protests, in which citizens believed the government had conducted a fraudulent election.

For the Trump administration, this moment is immensely important.

Taiwan, a fully functioning democracy, saw a change of government in its latest election. Hong Kong’s change of government, however, was fully controlled by Beijing. The Arab Spring opened the way for power vacuums that allowed the rise of ISIS and al Qaeda. And Iran’s government smashed the nascent rebellion so thoroughly that no large-scale protest has been able to take place there since.

It has been said that Vladimir Putin personally has a high favorability ratings in Russia because he restored predictability and stability after the turbulent Gorbachev-through-Yeltsin period and because he is a nationalist. Corruption, however, is endemic — and Putin has been ruthless in wiping out politicians and journalists who poke too closely into it.

Putin critic and lawmaker Denis Voronenkov (2017), Boris Nemtsov (2015), human rights lawyer Stanislav Markelov (2009), journalists Anastasia Baburova (2009) Natalia Estemirova (2009), Anna Politkovskaya (2005) and Paul Klebnikov (2004), and politician Sergei Yushenkov (2003) were all shot. Boris Berezovsky (2013) died after falling out with Putin; the cause of his death has not yet been established. Alexander Litvinenko was poisoned in 2006. The lawyer Sergei Magnitsky (2009) died in police custody. Last week, his family’s lawyer, Nicolai Gorokhov, was said to have fallen out of a fourth floor window «while installing a hot tub.»

Vladimir Kara-Murza, leader of the Russian political opposition, directly accused the Kremlin of assassinating political enemies. Earlier this month, Kara-Murza was in a life-threatening coma with elevated levels of heavy metal in his blood; it was the second time he was poisoned. Partially recovered now and not in Russia, Kara-Murza called it retaliation for his work with American lawmakers on the Magnitsky Act, designed to prevent human rights abusers in Russia from keeping their wealth in Western countries.

Perhaps Navalny’s call to the public is grounded in the understanding that, one by one, brave people can be eliminated, but thousands at a time in the streets are harder to target. The outpouring of support by young people who have never known any government other than that of Putin or Medvedev is an indication of how deeply they understand.

The usual method of tamping down widespread unhappiness is with money. But the Russian economy has been in a recession for two years, in part due to the decline in oil prices, and its «rainy day» fund has declined from $91.7 billion in September 2014 to $32.2 billion two years later, according to the Russian Finance Ministry. Defense spending is slated to drop by 27% in the draft 2017 budget.

On the nationalist side, the Russian public historically does not like losing soldiers in foreign wars — think «Afghanistan.» Losses in Ukraine, never officially enumerated by the Russian government, were accepted grudgingly as part of the price for restoring Crimea. But casualties in Syria cannot be dealt with so easily. The number remains small — according official counts just over 100, including both soldiers and military contractors — but there seems to be widespread unease. More than a few (small) anti-war demonstrations have been seen in Moscow and St. Petersburg. The public is aware of the scale of Russian and Syrian bombing and the resulting casualties of a war that are not understood to be of importance in the homeland. They may be important to us — and to the Russian government, but the Russian people have never liked wars unrelated to Russian territory. That is probably why they could accept Stalingrad, but balked at Afghanistan.

Russia seeks superpower status in the Middle East and Europe, but real superpower status has always required the ability to shoulder burdens abroad without fear of upheaval at home. World War II is a clear example of American success, but when the domestic situation was turbulent in the late 1960s, the U.S. withdrew from Vietnam and spent decades restoring its international credibility. A shaky domestic situation in Russia may force Putin to consider spending more resources at home than abroad.

Ignoring the Green Movement in Iran was a missed opportunity for the West and a tragedy for the people of Iran. It is not America’s job to create or foment unrest in Russia or anywhere else. But it is in the interest of the West to support and hearten those who have the courage to take on a corrupt and aggressive government. President Trump can take a page from Ronald Reagan, who spoke out for the rights of the people, especially Soviet refuseniks, even as he worked to negotiate arms-control with Gorbachev.

If we ignore the rubber ducks and green paint, it will be at our peril.

Shoshana Bryen is Senior Director of the Jewish Policy Center.

Russia: Rubber Ducks and Green Paint
by Shoshana Bryen
March 31, 2017 at 5:00 am
https://www.gatestoneinstitute.org/10137/russia-corruption