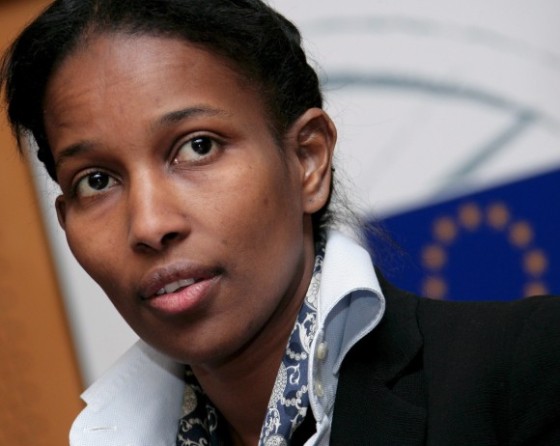 The Southern Poverty Law Center (SLPC), based in Montgomery, Alabama, has struck again. The self-appointed boundary-markers and policemen of free discussion have issued what they call a «Field Guide» to help «guide» the media in «countering prominent anti-Muslim extremists.» It is hard to know where to start with such idiocy, so let us start from the beginning.

The SPLC was founded in 1971, ostensibly to fight for civil rights among other good causes. By the end of its first decade it was targeting the KKK and other racist organisations. So far so good. But like many a campaigning organisation, they experienced the happy blow of basically winning their argument. By the 1990s, there were mercifully few racist groups in America going about unchallenged. When a member of the KKK cropped up everybody in civil society pretty much understood that here was a bad person who should not be given a free pass.

But there is an odd trait in campaigning groups that is well known. Once they have achieved their objective, they continue. Why is this so? Usually it is because there are people with salaries at stake, pensions, perks and more. Campaigning for a particular thing or against a particular thing has become their way of life and their means of earning. And so they find a way to continue. For some years, the SPLC staggered around in such a manner, as pointless and purposeless an organisation as could be imagined.

And then in the last decade something happened to this increasingly obscure institution. It is not for me to speculate why or how this happened, whether it had to do with new staff or new money, but the focus of the organisation changed. Suddenly the SPLC seemed to spy a new fascism. They did not spy it in people who flew planes into skyscrapers, decapitated American journalists and aid workers or blew up the finish line of marathons. No, the SPLC saw it somewhere else. The SPLC saw this new fascism in people who objected to people flying planes into skyscrapers, decapitating journalists and aid workers and blowing up the finish line of marathons. For the SPLC, the big threat on the horizon was not Islamists but those people who objected to Islamists — that is, people they called «Islamophobes.» In the same way, they did not seem to have any particular problem with jihad, but they developed a huge problem with people they called «counter-jihadists.» To their existing lists of designated «hate-groups» they now added such people.

More honest groups might have balked at such a stance. More informed groups would have walked a thousand miles from such a stance. But the SPLC did no such thing. In fact, one got the impression that it had become immensely useful for some people to be able to smear those concerned about Islamic fundamentalism and try to make them akin to Nazis. The only other movements who find this equally useful are, of course, Islamic extremists.

The media today in America are increasingly wary of Islamic extremists. Most journalists do not want the parameters of what should be discussed dictated by Islamic fanatics. Whereas an organisation such as the SPLC, which did something good forty years ago, is the sort of institution that the media is for the time-being happy to hear from. Perhaps after this latest development that will no longer be the case.

The SPLC’s latest production is disgraceful, discrediting and sloppy even by its own increasingly disgraceful, discredited and sloppy standards. For this publication, they have listed «Fifteen anti-Muslim activists,» most likely in the hope that they will scare the media off inviting them on, or the wider public from being allowed to listen to them.

Among the list is Ayaan Hirsi Ali. The SPLC lists a set of allegedly outrageous things that she has said, which have appeared in such obscure and extreme venues as The Wall Street Journaland The Daily Show with Jon Stewart. They mention in passing — as though it were an incidental mishap — that Hirsi Ali’s film-making partner, Theo van Gogh, was slaughtered on an Amsterdam street by a jihadist, with a death-threat to Hirsi Ali pinned into van Gogh’s dying body. But they still clearly cannot imagine why anybody would have a problem with such a thing. One wonders how the staff of the SPLC would feel if one of their colleagues was murdered in such a manner? Doubtless they would shrug it off. Yet it remains that case that here is this «anti-racist» organisation, largely made up of white men who present themselves as being anti-racists, and yet who spend their time attacking a black immigrant woman.

Hirsi Ali is of course well known for being an ex-Muslim. But the SPLC’s list of «anti-Muslim activists» also includes a practising Muslim. Of course, if Maajid Nawaz were an Islamic extremist then SPLC would have nothing to say about him. But Maajid Nawaz is not an extremist — he is one of the most principled and courageous people around calling out the extremists in his faith for their bigotry and hatred. He does so, like Hirsi Ali, at no small risk to himself. If the jihadists within Islam are ever going to be defeated, it will be because of Muslims like Nawaz, who are willing to argue for reform on liberal, progressive, pluralistic and democratic grounds.

Yet for the SPLC, this Muslim is not just not the right type of Muslim — he is «anti-Muslim.» The charges that SPLC levels against Nawaz are (this is not satire) that he has (a) co-operated with, rather than worked against, the British police (b) suggested that customers in banks should have to show their faces (c) once failed to abide by the most hardline interpretation of Islamic blasphemy law (d) once visited a strip club on his stag-night.

Who knows what lapses in personal decorum have occurred among the staff of the SPLC? Perhaps one of them once had extra-marital intercourse? Or perhaps one of them once consumed a glass of Merlot, in contravention of the hardest-line interpretations of Islamic scripture? Who knows, but who the hell would anybody else be to judge, and who the hell do the SPLC think they are? It seems that the SPLC has decided to turn itself from an anti-racist organisation into a racist one. An organisation that used to prosecute white racists has ended up attacking black and Muslim immigrants. At the top of any list of «hate-groups,» the SPLC must in future be sure to place itself.