Imran Firasat, the pakistani turned convert to Christianity that has fallen foul of Spanish authorities, had his case tried in court recently. The expulsion order was upheld, and only the Human Rights court in Strasbourg can prevent the ruling from being enforced. 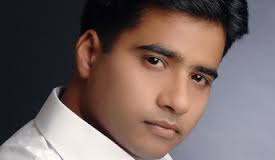 Yesterday on 28.th October I received the judgement in which the judges have agreed to extradite me to Indonesia. The Spanish judiciary completly ignored the lies and irregularities from Indonesian authorities which my lawyer proved during the trial. The judges did not even care about death threats I have received from Indonesian islamic groups and that there has been much news in Indonesian media about my films and activities on Islam. My conversion from Islam to Christianity also doesn’t make them think that I will be the target og radical muslims in Indonesia. For the Spanish judiciary it is good enough that Indonesian authorities present formal guarantees that I won’t be given death punishment. If Indonesian embassy in Madrid presents that guarantee in 40 days, I will be extradited. And Indonesia will of course give that guarantee as for them it will be only a piece of paper which not necessarily will be respected in the future. Even if Indonesians do not punish me for death, how will I be protected from Muslims who consider me a blasphemer and apostate? Will I be able to get a fair trial when the judges, prosecution, fake witnesses and lawyers, everybody will be a Muslim? and you know what image I hold in Muslim’s eyes. My arguments, proof and the clear risk of torture and death have been completely ignored by politicially influenced Spanish judiciary. They don’t care if the accusations are false and religiously motivated, if I will be able to survive the Islamic anger in the nation of biggest islamic population on earth and if there will be violation of international human rights conventions in case of my extradtion to an islamic nation?

My lawyer will of course appeal this decision, but there is only one appeal and the same judges will consider the appeal who agreed to send me to my death. That is why there is no possibility of change in the decision of the judges. The only hope alive is the intervention of the European court of human rights, and my lawyer is working on that option. At this point media can play an important role in exposing how Spain is sending me to my death by violating European laws and values. Within a few days I can be put on a plane and my death will be my family’s death.

Please spread the news of my extradition and help me to get some media support. Only that can make Spain shy of what they are doing to me. Please help me. I don’t want to die. I want to have a new life with my family. I thank you for all the help and support until now and I trust you will do your best to help me in protecting my life. Thank you so much. God bless you.

Your brother in Christ, «Imran (David)»