Imran Firasat kicked out of Norway

The wellknown islam-critic Imran Firasat (36) was Monaday afternoon put on a plane and sent back to Spain.

Firasat came to Norway July 8th, and hoped to apply for asylum. Instead he was put in prison, in the very same wing where the notorious mullah Krekar is sitting. But while Krekar can enjoy the right not to be expelled from Norway, because he might be harmed, no such consideration was given Firasat.

Norwegian authorities stick to the formal side of things: Spain is a signatory to the Dublin-convention, which stipulates that all asylum seekers should have their application processed by the authorities in the first country they enter.

But the tricky thing is that the Spanish Supreme Court has ruled that Firasat should be expelled from the country, being a security threat.

The move in all probability stemmed from a film Firasat made, in cooperation with the American pastor Terry Jones. One may deliberate if that was such a good idea. Jones is a leper in the eyes of many authorities for his Quran-autodafés. The film in itself is quite innocuous compared to the gore that islamists continously spew out. But there is no such thing as a reckoning or tit for tat. The greater the islamist menace, the greater the fear in many European countries of insulting Muslims.

Firasat has, on top of it all, converted to Christianity. If he were to be expelled to Pakistan, his country of origin, or Indonesia, where authorities claim he committed a murder, he would certainly be killed, one way or the other.

This possibility, Norwegian authorities refused to consider. The fact that the Spanish Supreme Court cancelled his asylum status, by ruling in favour of expulsion, was for them irrelevant, something they disregarded.

One cannot escape the notion, that people like Firasat are hunted. Brutally treated by his country of origin for marrying a Buddhist, escaping Pakistan’s clutches, he turns against islam and for this he is punished by the very same country that originally gave him asylum. 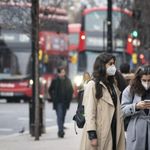