Scandinavia – a weak link in the war on terror?

Sweden’s minister of foreign affairs was murdered on the eve of September 11. A bad omen for the paragons of social democracy.

In Norway mullah Krekar, the former leader of one of the worst terrorist groups in the Middle East, Ansar al-Islam, walks the streets freely. Is there something rotten in the social democratic countries?

Sweden is seized by the same trauma as 17 years ago, when the then PM Olof Palme was murdered. The same sense of bewilderment. Its not supposed to happen here (Det får inte hända her). But it does. The prime minister reaffirms the tenets of Swedish democracy: openness, accessibility. But denial lurks: There is no attempt to address the roots of violence. No attempt to delve deeper into what we believe in. Who are our enemies?

The Nordic countries, as most European countries, behave as if the laws of history have been abolished. It is perhaps no coincidence that the word «hell» was banished from a new translation of the New Testament into Norwegian, and replaced by the word «Gehenna», a physical place outside Jerusalem. Hell is banished. Now that we are visited by it, we are at a loss.

In Norway the Krekar case has turned into a cynical farce. When mullah Krekar was deported by the Iranians to the Netherlands, and consequently extradited to Norway, the police charged him with terrorism. But quite unexpectedly, this summer the charge was dropped, without explanation. The police have committed blunder upon blunder in this case, and ends up backing out. Quite mysteriously.

But Amnesty, professors of law and even the Supreme Court, have been to eager to defend the mullah against undue process of law.

Which raises the question: why this urge to defend the perpetrator? A trend one can find among the elites all over Europe.

The organs of law and order are defeated by the all-encompassing rights conventions. «Lawyered to death», as the Americans would have said. When a self-confessed follower of Osama bin Laden was seen photographing the security installations aboard the Oslo-Copenhagen ferry a few days ago, the passengers became alarmed. But Danish police released the man after a few hours. Why is there no will to put down a marker, to signal to the public, we will defend you?

When John Ashcroft visited Norway about two weeks ago the Norwegian Supreme Justice, Tore Schei, lectured the Attorney General on why extradition to the US was out of the question; Delta Camp, the right to take suspects into custody in the US and the death penalty were all mentioned. With an air of complacency and conceit, one dares say.

There is no attempt to take a wider look. The institute of asylum was meant to protect the persecuted, the innocent who are abused. In this case it is employed to protect the perpetrator of terrorist crimes. Mullah Krekar has repeatedly announced that he supports the same goals as Osama bin Laden: The restitution of the Caliphate.

The Kurds in Norway regard him as a murderer. They are outraged that he is free. What sort of signal does this send to other would-be terrorists? Norway is perfect as a safe haven.

The job as head of the Norwegian intelligence service, PST, is currently vacant. No serious contender applied for the job. A telling sign? 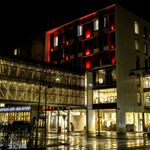