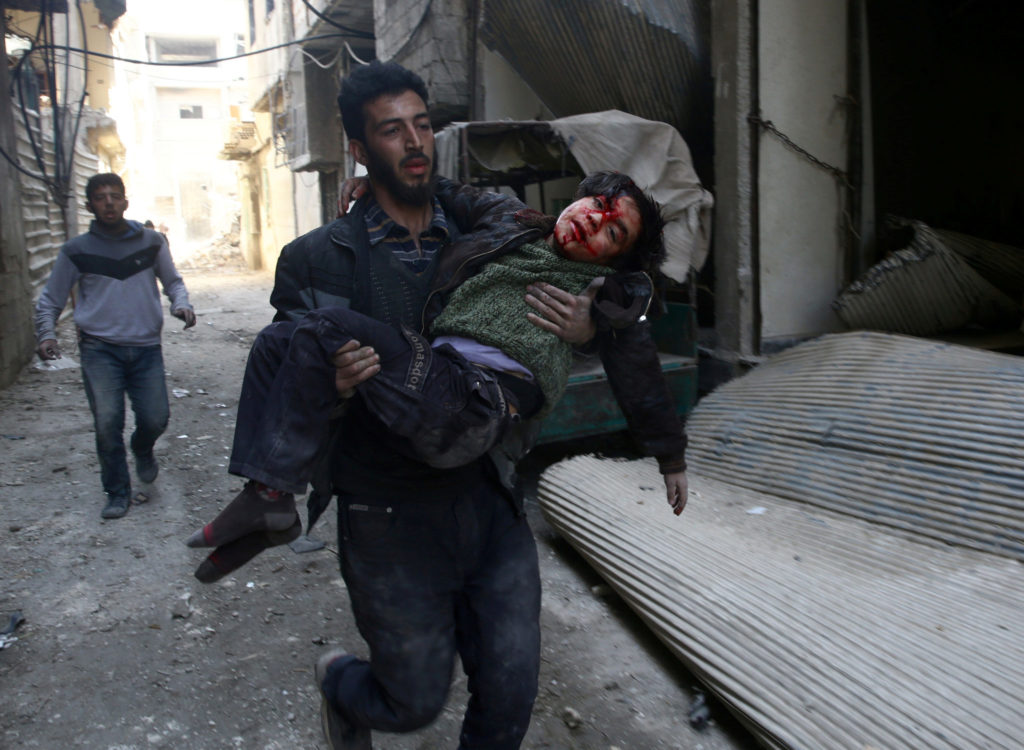 The United Nations has come under fire for sharing the coordinates of hospitals in rebel-held areas of Syria with Russia, only for one of them to be bombed days later.

The organisation gave the GPS locations supplied by NGOs operating in Idlib and Eastern Ghouta to Russia and the US as part of a new “notification system”.

One of the hospitals whose details were shared with the UN on March 12 – in the Arbin neighbourhood of besieged Ghouta – was targeted in a direct strike on March 20.

The Syrian government and its Russian backer, which intervened in the war in support of President Bashar al-Assad in 2015, have systematically targeted hospitals and clinics during assaults on opposition strongholds.

In recent weeks, dozens of facilities in Eastern Ghouta have been put out of service, most others have been forced to move underground.

The UN had hoped making the locations public would either act as a deterrent or at least better enable them to establish intent should they later be attacked.

“There were 120 attacks on hospitals and medical facilities in Syria last year,” Jan Egeland, UN humanitarian adviser on Syria, told the Telegraph. “Syria is one of the worst wars on medical workers in recent history and part of the problem is there has been no functioning notification system to protect them.”

“They have bombed hospitals with little thought, and have always given the excuse that they were harbouring terrorists, which is untrue,” said Hamish de Bretton-Gordon, director of Doctors under Fire and adviser to the Union of Medical Care and Relief Organisations (UOSSM). “They act with impunity as there has been zero consequence so far.

“Until there is, why would they stop?” he told the Telegraph. «It’s an extremely high-risk move.»