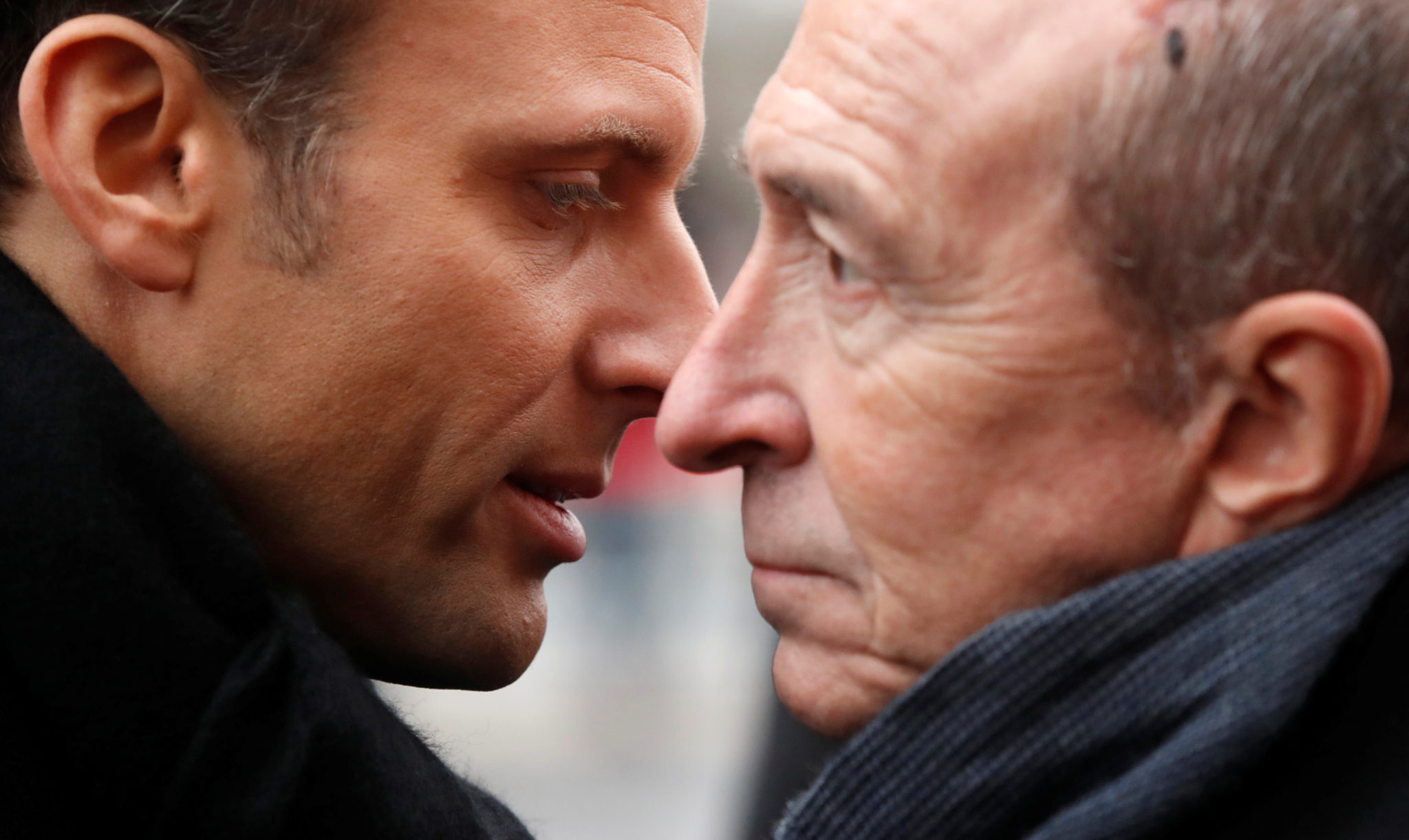 French President Emmanuel Macron talks with Interior minister Gerard Collomb as they leave after a ceremony outside the Hyper Casher supermarket as France pays tribute to the shoppers at the kosher store who were killed three years ago by an Islamist gunman in Paris, France January 7, 2018. REUTERS/Christian Hartmann

On January 1, 2018, the Minister of the Interior was explaining away the violence against the police and firefighters as the consequence of «social injustice.» After he congratulated himself for the «peaceful» New Year’s Eve, Collomb talked the same rubbish as usual: namely, that the Muslim «youths» involved in destruction and violence are not criminals, rather they are victims of their «environment»:

«I think it is those neighborhoods that need to be changed. Those huge apartment blocks in the suburbs represent an inhuman environment generating violence… I do not think these neighborhoods can stay that way.»