Last week, the authorities in Belgium were able to prevent a major terror attack about to be committed by Belgian jihadis who had returned from Syria. The Belgians were lucky, and apparently they know it. «It takes 24 police officers to shadow one single jihadi who has returned from Syria,» Belgian officials say. «We simply do not have the manpower to keep an eye on all of them.» There are at least 101 returned Syria fighters in Belgium, meaning that a small army of almost 2,500 policemen is needed to follow them all.

It is one year ago now, in January 2014, that the then French Interior Minister and current Prime Minister, Manuel Valls, warned that France and Europe were about to be «overwhelmed» by the phenomenon of European jihadis returning home from Syria. He said that threat represents «the greatest danger we will have to face in the coming years.»

Last December, the number of returned Syria fighters in France was estimated to be over 200. One of them, Mehdi Nemmouche, murdered four people in the Jewish Museum in Brussels, Belgium, in May 2014. At that time, the Belgians were taken by surprise. With Europe’s open-border policies, imposed by the European Union, national authorities must keep track not only of their own Muslim terrorists returned from Syria, but also of those from other EU countries who are planning attacks on their soil. It is an impossible task.

Lessons from history confirm this. Officially, there are five million Muslims in France today. Including illegal immigrants, the number is probably close to 6 million, accounting for up to 10 per cent of the population.

In 1962, France was involved in a brutal war in Algeria. At the time, there were eight million Muslims in Algeria and one million French. The latter, the so-called Pied-Noirs («black-feet»), often were second-, third- or fourth-generation immigrants to the country. In the case of the 130,000 Jewish Pied-Noirs, their ancestors had even been in Algeria for over a thousand years, predating the Islamic conquest of the country.

The Algerian Muslims, fighting for independence, committed countless terror attacks against the Pied-Noirs. The deployment of half a million French troops proved insufficient to protect the one million Pied-Noirs. Ultimately, Algeria gained independence and became an Islamic state. Under the threat of physical extermination, over 800,000 Pied-Noirs were forced to «repatriate» to France. 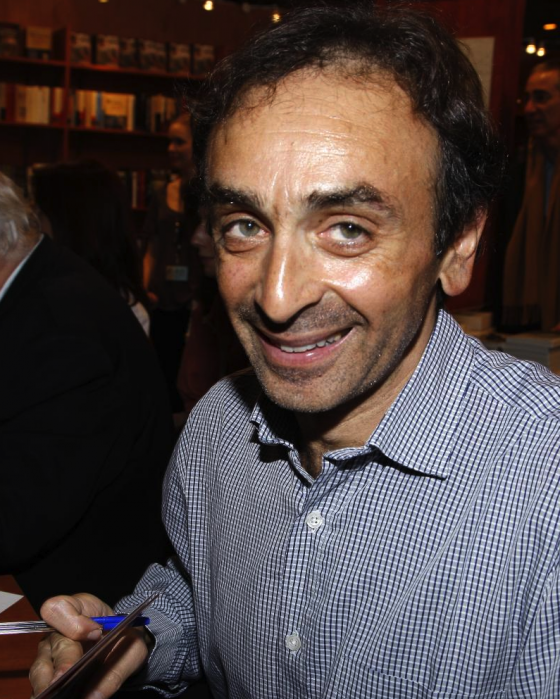 Last month, The French journalist Éric Zemmour, the son of Jewish Pied-Noirs and the author of the bestselling Le Suicide français (The French Suicide) was accused of having suggested in an interview with the Italian newspaper Corriere della Sera that the only way to avoid civil war and chaos in France was to deport the Muslim immigrants. Though Zemmour was misquoted, he was nevertheless sacked as a result of the controversy by a television chat show in which he had been participating for over a decade.

Prime Minister Valls said last week that France is «at war with terrorism, jihadism and radical Islamism.» But the Algerian example shows that deploying a few thousand French troops is hardly sufficient to win this war. One can protect army and police barracks, government buildings and politicians, but it is simply impossible to protect all the newspapers, universities, churches, synagogues, train stations and shops.

Meanwhile, the inability of European governments to protect their own people is affecting Germany as well. In the city of Dresden, the grass roots organization Pegida has for weeks been organizing demonstrations against the Islamization of Germany. The German authorities have tried to prevent people from participating in these rallies, but without success.

German Chancellor Angela Merkel has accused Pegida of inciting hatred and has participated in counter-demonstrations. Week after week, however, the numbers of Pegida demonstrators grow. Last Sunday, however, Pegida announced that it was cancelling its demonstration this week after a meeting with the police. The German authorities claimed to have received information that Islamic extremists were planning an attack against Pegida. According to Pegida, it would be «irresponsible» to hold a rally that would expose its supporters and the city of Dresden to «incalculable risks.»

Since the German authorities are unable to protect peaceful demonstrators against the threat of Islamic terrorists, Pegida was forced to do what the German authorities had been wanting it to do all the time: Shut up and stop complaining about Islamization. The European authorities lack the manpower to confront Islamic extremism. But they also seem to lack the will to do so. As a consequence, fear is already ruling Europe.

And while the Pied-Noirs in 1962 still had a place to be «repatriated» to, for the indigenous Europeans who want to escape Islam, there simply is no safe haven any more. Not even in Dresden.