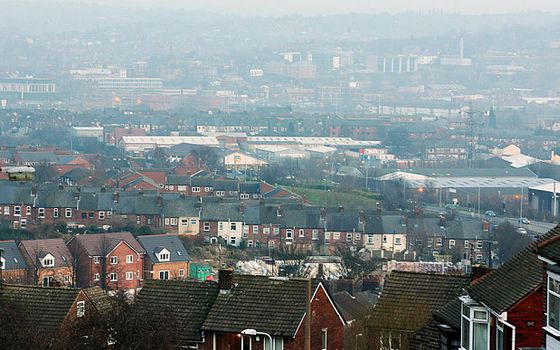 “Terrible things happened in Rotherham and on a significant scale. Children were sexually exploited by men who came largely from the Pakistani heritage community. Not enough was done to acknowledge this, to stop it happening, to protect children, to support victims and to apprehend perpetrators.»

“Upon arriving in Rotherham, these I thought were the uncontested facts. My job was to conduct an inspection and decide whether the council was now fit for purpose.

“However, this was not the situation I encountered when I reached Rotherham. Instead, I found a council in denial. They denied that there had been a problem, or if there had been, that it was as big as was said. If there was a problem they certainly were not told – it was someone else’s job. They were no worse than anyone else. They had won awards. The media were out to get them.»

“I want to be clear that the responsibility for the abuse that took place in Rotherham lies firmly with the vile perpetrators, many of whom have not yet faced justice for what they have done. I hope that this will shortly be rectified. But in its actions, the conclusion that I have reluctantly reached is that both today and in the past, Rotherham has at times taken more care of its reputation than it has of its most needy.”

“Rotherham is different,” she wrote, “in that it was repeatedly told by its own youth service what was happening and it chose, not only to not act, but to close that service down. This is important because it points to how it has dealt with uncomfortable truths put before it. However, I propose that this report is one uncomfortable truth that will not be ignored, but that Rotherham council will use it to embrace the change so sorely needed and ensure that from here it get its priorities right.”

Complaints against the two Rotherham councillors are understood to have been sent to the National Crime Agency, which is investigating child-sex crimes in the town, according to The Times. One of the councillors is still serving, it is understood.

Allegations against the police officer, who is also said to have regularly passed information to abusers targeting vulnerable children for sex, have separately been referred to the police watchdog by the South Yorkshire force.

«I think there was a culture of not wanting to rock the multicultural community boat if I may put it like that.”

“There is in our country, just a dreadful culture and I wouldn’t pick particular on one ethnic community but it is a real problem, it’s a longer story about the nature of that community, their sexual relations, and the way they treat women in particular within that community, there’s a big problem. When I met the Imams and my friends they were always as horrified as I was at any of the newspaper reports.»