The great Western disease of today — there could be quite a competition for that one — is probably denial. Denial now runs right through the Western way of looking at the world. It is just unfortunate for us that it does not run through the rest of the world in the same way.

Take three recent examples, one in America, one in Britain and one absolutely everywhere.

One year ago, two young male immigrants to America — to whom America had given absolutely everything — repaid the favor by planting bombs at the finish line of the Boston Marathon. Their victims included an eight year old boy. This atrocity was carried out because the young men had absorbed the grievance culture and violent radicalism of a form of Islam, a strain of thinking that has not gone wholly undocumented in recent years.

Yet from the moment the bombs went off, most of the media tried as hard as possible to avoid the subject. After the whiny early stages («Let’s Hope the Boston Marathon Bomber Is a White American,» as Salon so beautifully put it) there followed the obfuscation. Had the bomber of the Boston Marathon been someone who, say, had once attended a Tea Party rally, every columnist, and wider society, would be asking how such an atrocious ideology could come up from its wake. Intense scrutiny and introspection would be the order of the day.

But when the perpetrators turned out to be the Tsarnaev brothers, attention not only failed to focus on the kind of milieu from which the brothers had sprung, it actively turned away. So much so that, one year later, when Ayaan Hirsi Ali, a noted critic of the ideology the Tsarnaevs had absorbed, was due to speak and be honored just up the road from the finish line, she was disinvited.

The message underlying Hirsi Ali’s mistreatment can hardly be overstated. One year after the bombs went off, Brandeis authorities were so intent on avoiding the issues those bombs had raised that they would rather point the finger at a critic of the radical ideology than do anything to criticize the ideology. 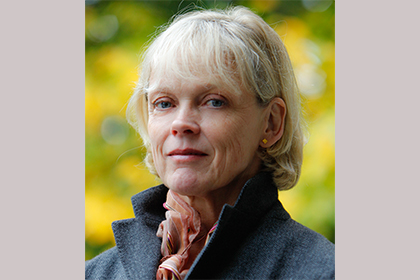 As evidence, take Professor Jytte Klausen, author of a sloppily researched book on the Danish cartoons controversy who not only called for Hirsi Ali’s disinviting, but also took the opportunity to smear her as a woman who was supposedly a liar and somehow «anti-immigrant.» Incidentally this is the same Professor Klausen whose book was itself subjected to censorship when Yale University Press refused to publish it — a book about cartoons — with images of the cartoons in it. But onwards.

In Britain, The Independent reported the strange case of Andrew Moffat, a schoolteacher in Birmingham and author of «Challenging Homophobia in Primary Schools.» He felt forced to resign after a group of mainly Muslim parents at Chilwell Croft Academy, in Birmingham, said that they were not happy with their children being taught by a gay man because he might make them think being gay was all right. So off goes Mr. Moffat. Some Christian parents had complained as well. If only there had been more of them. Then everyone would know what to do.

But what to do when the main offense comes from Muslim parents? The answer is simple. Give up. If they had been Christian fundamentalists, all might have been fine. There might have been a celebrity campaign against the «militant» Christians, some protests outside the school, and Mr. Moffat could have remained in place and become a defiant hero. But it was Muslims, so instead he had to go. Because how do you protest if the protesters are Muslims? Who are the victims and who are the victimizers? After all, «victims» cannot victimize, can they? Can they?

All this culture of denial in America and Britain is disturbing. But it is small stuff compared to the greatest form of denial. That is the one which now, strangely, finds itself being spearheaded from America, and has, like some super-blockbuster film, gone global. This is the idea, as the Middle East «peace» talks inexplicably fail to come up with a lasting and durable peace, that the radical opinions of the Palestinian leadership may not be a factor. Is not the Palestinian leadership a viable negotiating partner with whom peace is just about to be achieved?

How many people who read their daily papers know what the Palestinian leadership actually says, or does? How many would even have heard of a routine and commonplace event, such as the recent interview with the Chairman of the Palestinian Authority’s Olympic Committee and Deputy Secretary of the Fatah Central Committee, Jibril Rajoub?

Interviewed on official Palestinian television, Rajoub said that the Palestinians have nothing to lose, because they «live under a racist and fascist occupation.» Asked by the interviewer if he expected things to get worse, he replied, «Sir, we have nothing to lose. What’s worse? Do you think we are living in Sweden and have something to lose? We are living under a racist and fascist occupation. I’m telling you, if Hitler had come [here], he would have learned from them how to oppress humans and learned from them about concentration camps, extermination camps.» 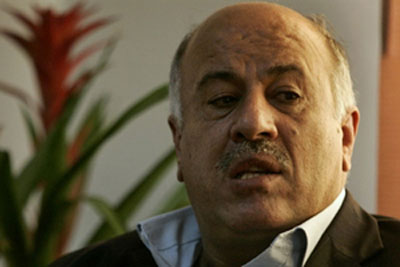 Sometimes it is in America, sometimes in Britain, but always in the rest of the world whenever it considers Israel. Always it is the same strange response: denial. A denial to admit the realities of what is happening worldwide. A denial to face up to the reality that the Palestinian Authority [PA], meant to be the «partner» for peace, seems incapable of giving up on the culture of violence, death and anti-Semitism which has always been its trademark. A denial in the face of the continuous, daily, over-flowing quantity of evidence that, in 2014, the PA seems no closer than their forebears were in 1948 to recognizing the legitimacy of a Jewish state in the historic homeland of the Jewish people. «Surely this can’t still be the case, can it?,» people ask. So they ignore the bombs and the murders, such as that outside Hebron last week, and they ignore the incitement and terrorist-praising by the PA. All of which adds up to an outright denial of that responsibility which simple honesty surely demands — that when we see a global bigotry and hatred such as this, we identify it as such and demand, in the name of all that is decent, that it stop.
Who are the Victims and Who Are the Victimizers?
How Do You Protest if the Protestors are Muslim?