For some years now the swiftest path to a Pulitzer Prize has been well-known. Notwithstanding at least onedistinguished recent winner, it remains that there is only one sure-fire way to get to the attention of the Pulitzer judging committee – and that is to severely and irreparably damage American national security.

Best of all, of course, is to endanger the lives of U.S. combat personnel while they are in the field of battle. This is the arena in which the New York Times has appeared to aim for Pulitzer predominance during the Iraq and Afghanistan wars. But in recent weeks, the Gray Lady has outdone even herself. After all, the American and global publics may have got used to the Times helping to lose wars abroad. But how to excuse her for apparently seeking to lose a war at home in America?

A recent front page of the Times led with an article «revealing» how the New York Police Department [NYPD] had done something truly terrible. What was the outrage that demanded front-page treatment? It was, in the words of the Times‘ own headline writers, that «New York Police Recruit Muslims as Informants on Terrorism«. The paper reported that the NYPD sought informants from within American Muslim communities and that some of those questioned by police had found the exercise «coercive.» The police were reported to have kept notes of which mosque a particular suspect had attended and whether or not he had performed the Haj pilgrimage to Mecca.

Among the bizarre aspects of the New York Times story was that it relied for its sources on Muslims who had been questioned while held in jail. There was also no querying over whether such sources could be relied upon, nor even a question if people arrested and imprisoned for breaking the law should be deemed entirely reliable witnesses.

«As part of the paranoid Times narrative, the reporter portrayed as unethical and racist the tried and proven law-enforcement technique of recruiting informants among different ethnic population pools. The same tactic is applied in the fight against illegal gangs, druggies, and criminal organizations: street gangs, Mexican drug cartels, Japanese yakuza gangs, Italian mafia, etc. Recruiting members of different ethnic and racial groups to infiltrate gangs and criminals has been a successful, legal and proven technique of collecting vital intelligence by law-enforcement officials across the country.»

But although the Times would presumably be content with the NYPD infiltration of drug cartels, law enforcement’s recruitment of members of the American Muslim community is called «racist» and such a breach of accepted protocol that it deserved full front-page treatment. And here we run headlong into the deeper denial.

It is true that only 3,000 people were killed by Islamic extremists on September 11th 2001. And it is also true that only 3 people were killed and an estimated 260 or so others wounded a year ago at the Boston Marathon just over a year ago. It was only one Islamic extremist who planted a car-bomb in Times Square in 2010 and an Islamic extremist US Army Major who gunned down 13 U.S. service personnel at Fort Hood a year earlier. And it is true that successive U.S. governments have – by an admittedly curious variety of names – described the Islamist threat as the primary domestic security threat facing American. But why, in the eyes of the New York Times, would this mean that the NYPD would even think of speaking to people the Times describes as «Muslims»? How could the NYPD have gone so far off-piste that it required specific targeting of Muslims as informers? At the heart of that question, its ludicrousness and its obviousness, lies one of the great fallacies of our age.

It is the presumption, if not hope, of politically correct media that the American people can be kept safe by a law-enforcement system simultaneously attempting to protect the public and enforce the Times‘ strict codes of political correctness. In that worldview there is no more reason to suspect a Muslim to be likely to commit a terrorist act than there is to suspect the same of a Hindu, Sikh, Buddhist or Catholic nun. Or if there is, then there should not be: because that would be racist. They seek to be color-blind, and religion-blind. But in being so, they are also terror-blind. Terrorism can indeed come from a large number of directions. But in the U.S. today there is currently more reason to fear violent extremism emanating from certain American mosques than there is to suspect it to come from the average U.S. synagogue or church.

Of course the New York Times is entitled to this form of denial and evasion just as its readers are entitled to decide whether they wish to read a paper that seeks to cover-over the cracks in their society’s security problems. What is unforgivable about the story is the damage it will do far beyond the Times‘ readership.

It takes a great deal of courage to speak out and warn the authorities if you think something untoward is happening in your community. We know from the small number of cases where plots have been thwarted by people from Muslim communities speaking to law-enforcement and seeking their help, that this does not always come easy. Anyone who spends time looking at this subject will also know the intense suspicion that radical U.S. Muslim groups such as the Council on American-Islamic Relations [CAIR] have whipped up around the question of going to the police. Even were that not so, it is worth conceding that it requires an unusual degree of guts and independence-of-thought for anyone, of any background, to say something which could in the short term lead to the community they have come from to be viewed with greater suspicion. People have loyalties and pulls – other emotions that are wholly understandable.

But we also know how few people have the courage take such steps. The vast majority of people who see something bad happening – even simply a radical preacher or a radical speech – keep it to themselves. They do not go out and speak to law enforcement. Sometimes it is because they do not want law enforcement to know what is going on. More often it is because they think it wrong or unhelpful to «air their community’s dirty linen in public.» Or because they have been taught to doubt the motives of the police and agencies.

For Americans to remain safe, it is vital that fewer American Muslims feel like that. One way media could help is to correct the lies of groups such as CAIR. The media could make it plain that the police are not waging war on Muslim communities, but trying to work with them to keep everyone – Muslims and non-Muslims – safe. But theNew York Times has not done that. For the sake of an unenlightening, banal, predictable and badly-sourced piece, it has instead stoked a fire of suspicion that does not need stoking and presented to the wider public the notion that the bare minimum required to keep people safe is, according to the paper, an illicit activity.

Perhaps the New York Times‘ bid for another Pulitzer Prize will be successful. But if and when the next bomb goes off, I hope the American public remembers which paper chose to make law-enforcement’s lawful and necessary work so very much harder.

How to Lose a War 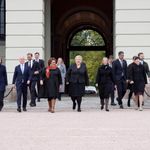