Two cars filled with fuel, nails and propane cylinders left parked in handpicked sites in central London indicate considerable planning and thought. Yet, just like 7/7, our security services were unaware of this plot.

Modern terrorism is a phenomenon we have not properly grasped. What we call Al-Qaeda is in operational limbo, hunted down globally by American antiterror squads, but terrorism has not subsided. The issues in this country are more complex and transcend Al-Qaeda.

To rely on the police to identify, tackle, and preempt terrorist attacks absolves the rest of society, particularly Muslim communities, from the responsibilities we face.

The vast majority of Britain’s 2m Muslim citizens are concerned with mundane daily life: they are no different from anybody else. But most British Muslims, in common with the rest of the country, fail to understand the difference between Islam the religion, and Islamism, a postcolonial political movement.

The blurring of the lines between religion and ideology has put Muslims on the defensive when we hear British politicians talk about «Islamic terrorism». Rightly, Muslims fail to understand how Islam, a heartfelt experience of serenity, can possibly be linked to killing and mayhem. Yet there are those who hide behind the mask of being Muslim, while advocating Islamist separatism and confrontation with the West. It is these culprits, the advocates of Wahhabi-Islamist ideology, that we must confront. But how?

Extinguishing the flames of extremism should be a joint venture between government, Muslim communities (not Islamist representatives from the «Muslim Council of Britain») and wider society. But there is a serious breakdown of trust between activist Muslims and the police. There exists an abject disconnection between native Englishmen and women and their Muslim neighbours. At the top, too, government departments have their favourite «Muslim spokesmen» with whom they are keen to do business, regardless of their Islamist connections.

This is compounded by the clustering of Muslim communities in inner-city areas festering with social and economic problems. Amid this malaise, Islamist extremists prosper with a message of separatism, jihadism and martyrdom.

Just as the IRA bombed and maimed, and Sinn Fein explained the motivations for mass murder, jihadists today plant car bombs and dispatch suicide bombers, while entryist Islamists from the Muslim Council of Britain and a host of other organisations explain their «legitimate grievances» to us. But unlike Sinn Fein’s demands, Islamist calls for the annihilation of Israel, overthrow of all Arab leaders, and changes in western culture cannot, and should not, be met.

The tone of British Muslim communal discourse in relation to national security and terrorism is worrying. Among young Muslims, there is a widespread Islamism-influenced belief in a bipolar world: a lethal them-and-us mentality. The police and intelligence services belong firmly to the «them» side of the divide. As do clubbers, Jews, gay people, Christians, atheists and even moderate Muslims who reject the extremists’ war call.

Matters are made worse when ordinary Muslims who notice signs of extremism in family members and friends find that there is no mechanism for tackling it before it develops into terrorism. Only then do the authorities get involved. Even here, leaks from Islamists who work closely with the police to «represent Muslims» have ensured that jihadists have been tipped off.

Last month, I received a death threat from a member of Hizb ut-Tahrir for writing my book, The Islamist. I was advised not to approach my local police station, as there could be no guarantee that my whereabouts would not be leaked to extremists. Among moderate Muslims there is real concern at being portrayed as a «traitor» or a «grass».

Disraeli’s «two nations, between whom there is no intercourse and no sympathy» still exists – it’s just that the ethnic and religious compositions are different. It is telling that American Muslims are at the forefront of handing over extremists, but in Britain we are far from fostering a sense of belonging.

Preventing terrorism is a religious and civic duty, just as preventing murder, rape or theft. There are programmes that we can put in place before surveillance, control orders, and 90-day detention are called for. We need more rehabilitation centres for extremists where they are exposed to authentic religiosity from authoritative, traditional Muslim scholars. It was this exposure that helped me rid my own mind of renegade, extremist influences.

Tackling extremist ideas, the motivation for violence, is more important than relying on the police. That said, we must accept that a significant number of young Islamists are beyond recall, and for them, law enforcement agents are the best option.

Terrorism is nothing new for Britain. Together, we can, we will defeat it. 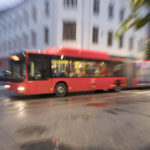