In June, Talha Asmal, a 17-year-old Muslim, became Britain’s youngest suicide bomber. In a vehicle packed with explosives, Asmal and three other jihadists attacked Iraqi forces at an oil refinery in the northern town of Baiji. Eleven people were killed. 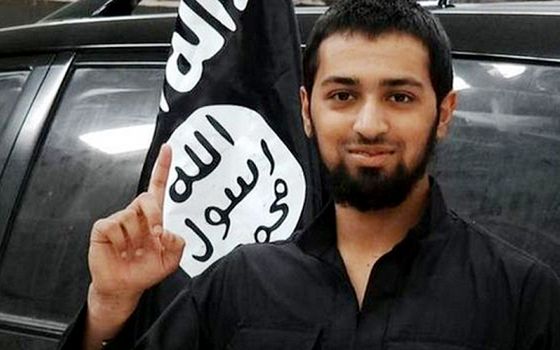 A few days later, three sisters from the city of Bradford left with their nine children – the youngest only 3-years-old — for ISIS territory in Syria.

In the wake of these latest recruits to the jihadist cause, and a week before 30 British tourists were slaughtered on a Tunisian beach, Prime Minister David Cameron gave a speech at a security conference in Slovakia. Before a distinguished audience of politicians, academics, military officials and security experts from around the world, Cameron described ISIS as «one of the biggest threats our world has faced.»

The reason young British Muslims join ISIS, Cameron claimed, «is ideological. It is an Islamist extremist ideology – one that says the West is bad and democracy is wrong, that women are inferior, that homosexuality is evil. It says religious doctrine trumps the rule of law and the Caliphate trumps nation state, and it justifies violence in asserting itself and achieving its aims.»

A growing number of journalists, politicians and Islamist activists, however, argue that growing radicalization and support for ISIS is the consequence of an isolated Muslim community, which feels aggrieved with government policies. Baroness Warsi, for example, a former cabinet minister, told the BBC that the British government was fuelling the problem of radicalization by «disengaging» from Muslim communities.

Two of the husbands of the sisters who left for Syria with their children have claimed the British police «actively promoted and encouraged» the radicalization of their wives. They fled to Syria, the husbands claim, because of «oppressive police surveillance.»

One official from the Muslim Association of Britain, a branch of the Muslim Brotherhood, even argued that government cuts to welfare cultivated support for ISIS.

Others, meanwhile, claim that the government does not do enough. Manzoor Moghal, a Muslim commentator, notes that the families of three British schoolgirls who joined ISIS in February expressed similar criticisms: «On that occasion, the parents and their lawyer took their complaints to Parliament, arguing that the Metropolitan Police had been ‘a disgrace’ in failing to give sufficient warnings of their daughters’ vulnerability to the zealots.»

All these critics downplay any individual responsibility for the young British Muslims who embraced jihad. The academic Frank Furedi writes:

«When it was revealed over the weekend that 17-year-old Talha Asmal had become Britain’s youngest suicide bomber, many reports suggested that he was a ‘victim’ of ruthless online groomers. His family described him as ‘loving, kind, caring and affable’. The obsession with representing young ‘vulnerable’ suicide bombers as victims is related to the association of the act of radicalisation with vulnerability. The irrational connection of an act of terrorism to the status of victimhood is so deeply entrenched that the British media have little interest in the real victims in this drama – the people that were maimed and killed by this ‘caring and affable’ 17-year-old.»

Islamist-led Muslim groups are keen to attribute the process of radicalization to extremist online material. Officials from the Muslim Council of Britain — a group run by operatives from the Muslim Brotherhood and Jamaat-e-Islami — refer to «slick ISIS media» found at the «margins of the Internet.» These groups might only be keen to blame the Internet, however, because it distracts attention from their own, more persuasive fundamentalism.

Commentators from across Britain’s political spectrum seek to ignore the crucial role that extremist preachers and sects play in the radicalization process, inculcating vast swathes of the British Muslim community with fundamentalist ideals.

Owen Jones, a Labour Party-aligned columnist with The Guardian, writes that the government employs «a rhetoric of collective blame that does nothing but play into the hands» of ISIS and other extremist groups. Western wars in Iraq and Libya, he argues, have produced the ISIS threat.

As with Baroness Warsi, Jones seems unable to identify ideology as the key cause. In his mind, Islamism is not a concerted global threat, but an organic response to chaos caused by Western folly.

It suits both Warsi and Jones to ignore the influence of extremism. Both have accepted invitations to speak on Islamist platforms alongside preachers such as Abu Eesa Niamatullah, who claims that Jews «find it so easy and natural… to massacre… to blow up babies,» and Yasir Qadhi, who has said: «Hitler never intended to mass-destroy the Jews … ‘The Hoax of the Holocaust’, I advise you to read this book … a very good book. All of this [the Holocaust] is false propaganda … The Jews, the way they portray him [Hitler], is not correct.»

To his credit, David Cameron is one of the few who appears to recognize the reality of Islamic extremism. At the security conference in Slovakia, he further stated:

«The question is: how do people arrive at this worldview? … One of the reasons is that there are people who hold some of these views who don’t go as far as advocating violence, but who do buy into some of these prejudices giving the extreme Islamist narrative weight and telling fellow Muslims, ‘you are part of this’. This paves the way for young people to turn simmering prejudice into murderous intent.»

In that understanding, however, the government appears curiously alone. By contrast, The Times columnist and former Conservative MP, Matthew Parris, writes that merely by mentioning extremism within British Islam, Cameron has become the «ISIS propaganda machine.» Parris also claims that jihadists are no different from the «adventurers who went to fight in the Spanish Civil War. … I’ve heard no evidence that a flyblown stint with murderous bigots in Syria has ‘radicalised’ young British Muslims who return: these are human beings like us, many of whom will have reacted to the reality of that dirty war in the same way as you or I would have done — with shock and disillusion.»

Matthew Parris seems to have a short memory. Just five months ago, terrorists who pledged allegiance to ISIS gunned down cartoonists and Jews in France. Before that, in 2014, an ISIS-trained terrorist murdered four people at a Jewish museum in Belgium. ISIS-linked terrorists have conducted attacks in over a dozen countries, including the recent attack in Tunisia.

Islamist terror is not the product of Western policy. It is, as David Cameron rightly notes, a global ideological network, with both violent and non-violent branches. It may thrive in chaos, but it is committed to enveloping everyone throughout the world.

The notion that British terrorists are victims of their circumstances is a fallacy that only serves to inspire sympathy with murderers, downplays the reality of global Islamism, and undermines efforts to combat terrorism.

Giles Fraser, a writer for The Guardian and former Canon Chancellor of St. Pauls Cathedral, recently wrote that there is no ideological connection between Islamist terror and Islam itself. The West, Fraser claims, blames «conservative Islam and the dangerous ideas contained in the Quran,» for the recent horrors in Kuwait, Tunisia and France, because we refuse to «face our responsibility» for the «long history of disastrous western interventions in the Middle East.»

Progressive Muslims might have reason to declare that Islamic scripture does not sanction terrorism, but no one can claim violent Islamic movements do not cause their own violent acts.

To back up his argument, Fraser cites a report published by a British group called Claystone. The study posits that «the connection between radical theology and terrorism» is built on a «flimsy empirical basis,» encouraged by «conservative political lobbyists keen to blame conservative Islam for terrorism.»

Claystone, however, is run by Haitham Al-Haddad, a British Salafist who describes Jews as «apes and pigs» and «enemies of God.» He also claims that Osama bin Laden is a «martyr» who would enter paradise.

The Claystone report claims that Salafist Islam is an ally in the fight against terrorism. The report also makes the baffling claim that people who commit terrorist acts do not necessarily subscribe to extremist beliefs.

In the world of Giles Fraser, Baroness Warsi and friends, it seems as if terrorists are not radical, extremists are not extreme, and Islamism is not the product of Islamist ideas.

There is plenty the British government gets wrong on the question of extremism. It continues to fund problematic groups, such as Finsbury Park Mosque, which is run by Hamas operative Muhammad Sawalha; or Islamic Relief Worldwide, an Islamist charity that promotes extremist preachers. In addition, the government has proposed harsh measures to combat extremist preachers, including efforts to censor what clerics may write or say in public.

But on the question of moral responsibility, David Cameron seems to have it right. The West is not to blame for terrorism. Islamist violence is actually the product of a religious ideology openly committed to enveloping the world. It is not our domestic or foreign policies that Islamists dislike, but the existence of anything not belonging to their version of Islam — which includes us in the West.