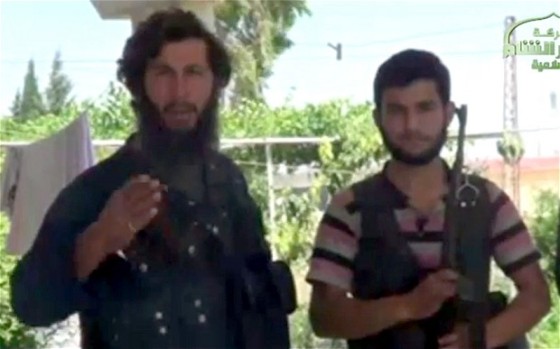 In a public appearance filmed and posted online, members of Islamic State of Iraq and al-Sham, one brandishing a knife, held up a bearded head before a crowd in Aleppo. They triumphantly described the execution of what they said was a member of an Iraqi Shia militia fighting for President Bashar al-Assad.

But the head was recognised from the video as originally belonging to a member of Ahrar al-Sham, a Sunni Islamist rebel group that often fights alongside ISIS though it does not share its al-Qaeda ideology.

After inquiries, an ISIS spokesman admitted he was Mohammed Fares, an Ahrar commander reported missing some days ago. This could not be independently confirmed, but in an earlier video of a speech by Mr Fares he bears a close resemblance to the severed head in the later video.

The Syrian Observatory of Human Rights, which monitors deaths in the Syrian conflict, and several activists on social media said that ISIS fighters misunderstood comments Mr Fares made referring to the Imams Ali and Hussein, the founding fathers of Shiism.