Palestinian Authority President Mahmoud Abbas’s continued rapprochement with the Iran-backed Hamas is jeopardizing the Palestinians’ relations with Egypt. Abbas, however, seems determined to ignore the Egyptian warnings and is marching forward with full speed toward forming an alliance with Hamas and its masters in Iran, Qatar and Turkey. Photo: REUTERS/Mohamad Torokman/NTB scanpix

Palestinian Authority President Mahmoud Abbas’s continued rapprochement with the Iran-backed Hamas is jeopardizing the Palestinians’ relations with Egypt. Egyptian media outlets have resumed their scathing attacks on the Palestinian leadership in general, and the Islamist movement that has been ruling the Gaza Strip since 2007 in particular.

The Egyptian attacks came on the eve of a meeting in Turkey between leaders of Abbas’s Fatah faction and Hamas. At the meeting, held under the auspices of Turkish President Recep Tayyip Erdogan, the Hamas and Fatah leaders discussed ways of ending their dispute and holding long overdue Palestinian presidential and parliamentary elections.

The Fatah-Hamas meeting in Turkey took place in the context of Abbas’s initiative to achieve Palestinian «national unity to confront Israeli and American schemes against the Palestinians.» The reconciliation efforts are also designed to thwart normalization agreements between Israel and some Arab states.

The Egyptian attacks, focusing mostly on Hamas, are aimed at sending a warning to Abbas against joining the extremist camp led by Iran, Qatar and Turkey. In addition, the attacks are aimed at reminding Abbas and the rest of the world that Hamas, an offshoot of the Muslim Brotherhood, continues to pose a real threat to Egypt’s national security.

Abbas, however, seems determined to ignore the Egyptian warnings and is marching forward with full speed toward forming an alliance with Hamas and its masters in Iran, Qatar and Turkey.

A sign of the growing rift between the Palestinians and the Arab world surfaced on September 22, when Palestinian Authority Foreign Minister Riyad Malki announced that the Palestinians decided to «relinquish» their right to preside over the Council of the Arab League at its current session, in protest of the decision of the UAE and Bahrain to normalize relations with Israel. «Since the decision to rush after [normalization] was taken in Washington, it does not serve any purpose to exert any more effort to sway [the Arabs] against normalization, particularly since they are not the decision-makers, regretfully,» Malki explained.

The decision marks the beginning of a divorce process between the Palestinians and the Arab world. The Palestinian leadership has been boycotting the US administration since December 2017, when President Donald Trump announced his decision to recognize Jerusalem as the capital of Israel. The Palestinians have also suspended their ties with Israel, including security coordination.

The Palestinians have, in addition, lost the support of several Arab countries because of their recurring condemnations of Arab governments and leaders who want to make peace with Israel.

Now it appears that the Palestinians are also headed toward ruining their relations with Egypt because of Abbas’s decision to make peace with Hamas and appease Iran, Turkey and Qatar.

Egyptian journalists and writers have joined the chorus of critics in the Arab world who are accusing the Palestinian leadership of lacking a clear strategy that would serve the interests of the Palestinians. The journalists and writers have also launched a scathing attack on Hamas for its involvement in terrorism and for throwing itself into the open arms of Iran, Turkey and Qatar. According to Egyptian writer Farouk Jweideh:

«The Palestinian issue is no longer at the forefront of Arab issues, and it has retreated in international forums and behind the scenes of the United Nations, and even in the Arab League… The Palestine issue was the first Arab issue in all situations. Nobody now knows Mahmoud Abbas’s future, because everyone has abandoned him.»

Jweideh held Palestinian leaders responsible for the «decline» of the Palestinian issue, and in particular the conflict between Fatah and Hamas.

«No one knows how Mahmoud Abbas thinks and what the considerations of Fatah, Hamas and the rest of the Palestinian factions are… The state of confusion and disintegration that afflicted the Arab world put the leaders of Palestine in a historic deadlock. No one is standing with the Palestinian issue and people now.»

Egyptian writer Abdel Mun’em Said accused Turkey, Iran, Qatar and Hamas of «using history profusely, selectively and tragically to impose appropriate political and strategic choices to maintain a state of tension, hostility and conflict in the region.» According to Said, the goal of the four parties is to infiltrate the Arab countries and obtain material and political gains in the region.

Egyptian broadcaster Basma Wahba noted that Hamas has a history of igniting strife in the region, with the help of Qatar and Turkey. «We lived in a great illusion that Hamas aims to fight Israel to liberate Jerusalem,» Wahba said.

«It is time for people to know the truth about this movement and its sabotage goals in this region. With the backing of Qatar and Turkey, Hamas has armed militias and plays a destructive role in the region. Hamas is present and involved in every Arab country. Erdogan has used the Hamas leaders to achieve his goals in the region, and many Hamas members have acquired Turkish citizenship.»

«Those who believe that Hamas’s first goal is to resist Israel are mistaken. Its first and only goal is to receive money. Hamas’s slogan is: Loyalty to anyone who pays the most.»

Al-Fakhrani was referring to the Qatari cash grants that have been delivered to Hamas in the past year. Noting that Hamas operates under the guidance of the Muslim Brotherhood terrorist organization, he added:

«Hamas, founded on December 15, 1987 under the name of the Islamic Resistance Movement, is one of the wings of the international organization of the Brotherhood. Hamas aims to achieve the goals of the organization without taking into account other considerations.»

Al-Fakhrani pointed out that Hamas has condemned some Arab countries for normalizing their relations with Israel, while ignoring that the Qatari cash grants it receives were being delivered to the Gaza Strip with Israeli permission. «Qatar has provided Hamas with more than a billion dollars since 2012,» he said.

«Qatar did not provide these funds out of a humanitarian standpoint and to help the residents of the Gaza Strip. The Qataris did so to help Hamas and its leaders and to enable Qatar to establish a foothold in the region.»

Egyptian writer Mustafa Anbar denounced Hamas as a «satanic movement with a misleading history and constant support for terrorism.» He accused Hamas of serving the Turkish-Qatari agenda in the region.

«Day after day, the malicious goals and intentions of Hamas are revealed through its trading with the Palestinian issue in order to achieve unlawful gains at the expense of the Palestinian people… This is the agenda of Turkey and Qatar: supporting terrorism.»

Another Egyptian writer, Isra’a Ahmed Fouad, wrote that Hamas’s real goals have been exposed: While its leaders seek to enrich themselves, they are working to serve Turkish ambitions in the region. Noting that Hamas has committed many crimes against Palestinians in the Gaza Strip and threatened Egypt’s national security, Fouad said:

«The Hamas bombing of the Ibn Taymiyyah Mosque in the city of Rafah was one of the most heinous of these crimes, as they destroyed the mosque with rocket launchers. After Hamas seized control of the Gaza Strip, its members committed murders, kidnappings and torture. Its members also carried out many crimes by leaking poisonous gas into the cells of prisoners and detainees.»

Fouad quoted a Palestinian security officer as saying that «shameful acts» were being carried out inside the tunnels that Hamas built on Gaza’s borders with Egypt and Israel:

«In addition to smuggling operations, other immoral acts were practiced inside the tunnels, especially during the rule of the ousted [Egyptian] President Mohamed Morsi… Anyone who attempted to expose these acts was killed by Hamas. Hamas used to pump poisonous gas into the tunnels to kill those inside, and then it would claim that Israel had bombed the tunnels.»

The Egyptian newspaper Sout Al-Omma accused Hamas of abandoning the Palestinian cause and aligning itself with Qatar, which poured billions of dollars into its coffers to serve its own agenda and goals in the region. The paper quoted Egyptian MP Hammam al-Adli as saying:

«[Hamas] adopts an extremist ideology and has a close relationship with Qatar, which is a suspicious relationship that takes place within the framework of supporting armed terrorist organizations and planning sabotage and terrorist operations in some Arab countries.»

Hamas, he added, is serving the agenda of Qatar in return for the large financial funds that Hamas receives from the Qataris.

Another Egyptian MP, Mohammed Salim, said that Hamas has fallen into the arms of the terrorist Muslim Brotherhood organization in Qatar. Hamas, he added, «supports their malicious goals and plans in the region, and the plans of incitement against Egypt and some Arab countries to destabilize their security.»

Were these allegations against Hamas published by Israel, they would have been dismissed by many in the West as «Israeli propaganda.» These accusations, however, are coming from Egypt, the largest Arab country that has a shared border with the Hamas-ruled Gaza Strip. The Egyptians are trying to sound an alarm bell to Abbas and the rest of the world about the dangers of the Hamas-Iran-Turkey-Qatar alliance that poses a threat to security and stability in the Middle East.

Yet, the Palestinian leadership and the international community appear distinctly indifferent to the looming danger of this newest axis of evil. For them, the only fate worse than death is normalization between the Arabs and Israel. Abbas has once again pegged his hopes and those of his people on entities that would obstruct the Palestinians and destroy Israel. 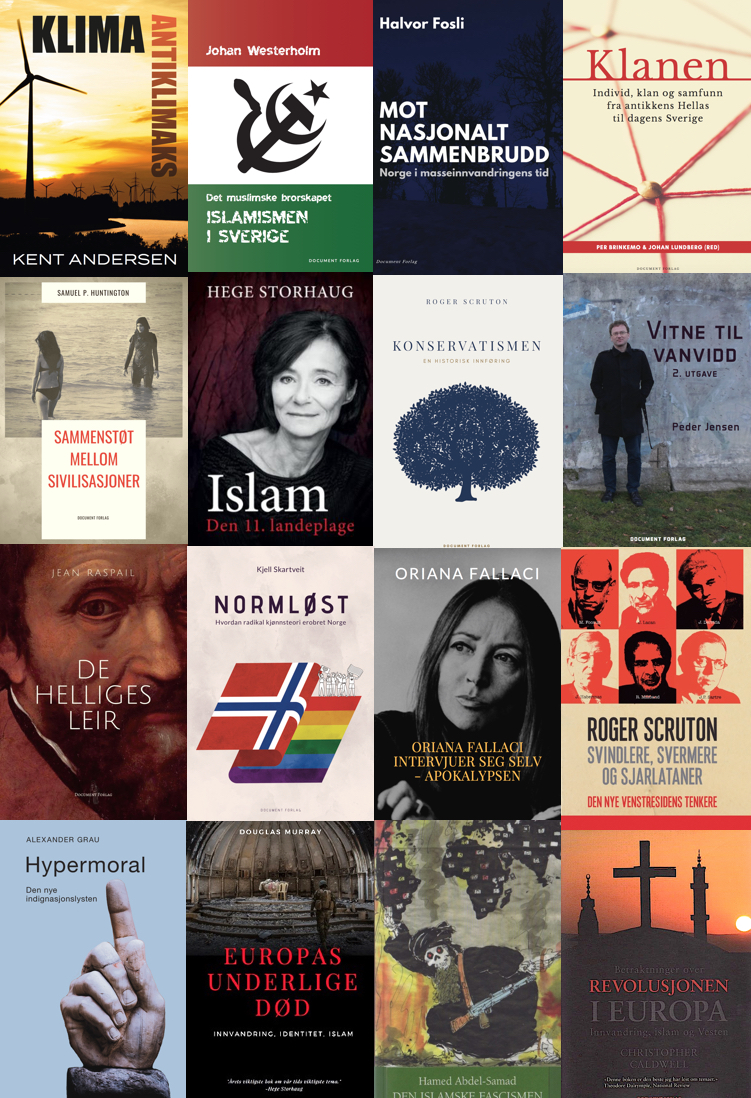 Erdogan's Plan to Take Over the Palestinian Authority - 2. oktober 2020 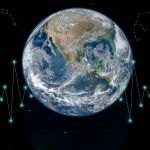 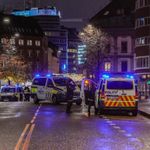 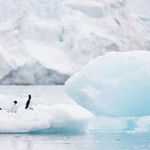 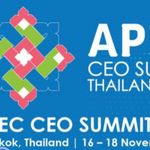 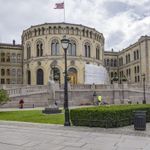