Saudi Arabia: We, Too, Are Fed Up with the Palestinians 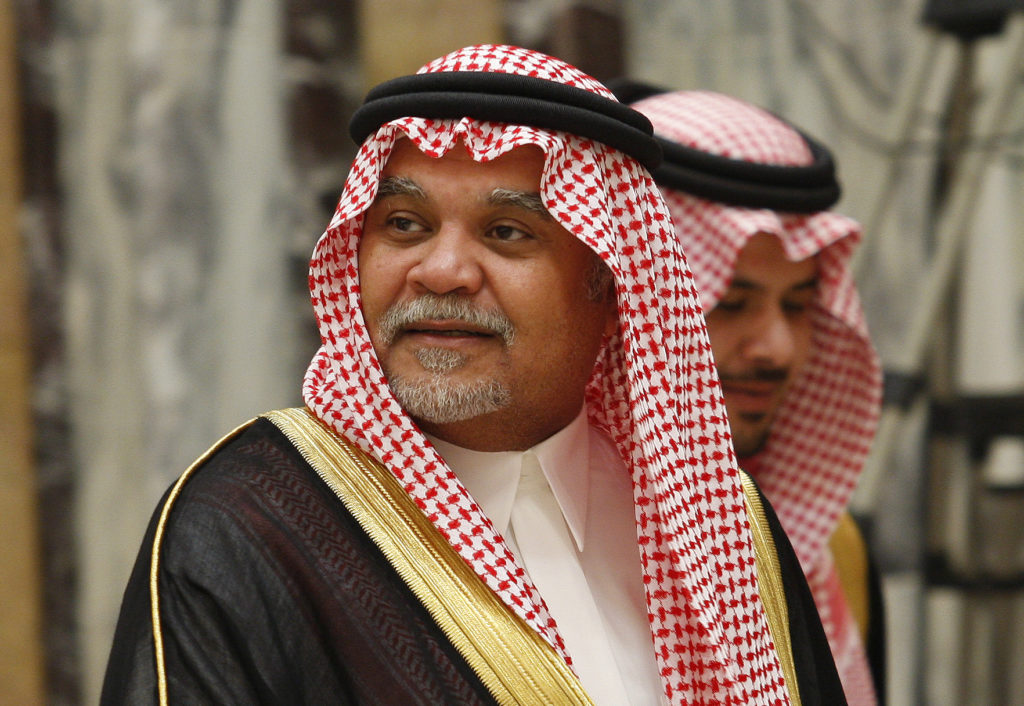 Saudi Prince Bandar bin Sultan bin Abdulaziz’s scathing and unprecedented attack on the Palestinian leadership, during an interview aired by Saudi Al-Arabiya television station on October 6, adds Saudi Arabia and its citizens to the growing list of Arabs who regard the Palestinians as «ungrateful.»

After the interview, many Saudis and other Gulf citizens expressed support for Prince Bandar bin Abdulaziz’s criticism of the Palestinians, with some saying the time has come for a new Palestinian leadership that prioritizes its people’s interests and does not pocket the financial aid sent to them by the Arab countries and the West.

«I believe that the time has come to form a permanent Arab committee under the umbrella of the Arab League to manage the Palestinian issue and conduct face-to-face dialogue with Israel,» said Emirati columnist and political analyst Abdullah Nasser Al-Otaibi. «Today, after this very revealing and frank talk (by the Saudi prince), I strongly believe in the need for the Arabs to find a way to manage the Palestinian issue.»

Al-Otaibi is one of several Arab commentators who have recently talked about the need for the Arab countries to take matters into their own hands and try to solve the Israeli-Arab conflict without involving the failed and corrupt Palestinian leadership. This is a demand that no Arab has dared to make in the past few decades. It demonstrates that a growing number of Arabs believe that there can be no solution to the Israeli-Arab conflict as long as the current Palestinian leadership remains in power.

Saudi political analyst Fahim Al-Hamid noted that over the past several decades, the Palestinians have missed many opportunities to find a solution to their conflict with Israel.

Referring to the ongoing power struggle between the Palestinian ruling Fatah faction in the West Bank and Hamas in the Gaza Strip, Al-Hamid accused the two parties of ‘trafficking» in the Palestinian issue.

«When Israel withdrew from the Gaza Strip in 2005, it was possible for the Palestinians to seize the opportunity to achieve more gains,» he wrote.

«Hamas, however, refused to unite the Palestinians and established the foundations for the beginning of the division between the Palestinians. Instead, Hamas sought to raise funds from Turkey, Qatar and Iran.»

«It is unfortunate that the Palestinian brothers have traded in their issue for more than 60 years and insisted on not compromising, sabotaging negotiations and rejecting all peace initiatives. The time for trafficking in the concerns of the Palestinian people is over. The interest of the people in Gaza and the West Bank requires the intervention of rational Arabs to achieve comprehensive peace in the region. We tell the Palestinians what (US) President (Abraham) Lincoln said: ‘You can fool all the people some of the time and some people all of the time, but you cannot fool all the people all the time.'»

Al-Saaed said that the Palestinians have also been engaging in another form of terrorism: extorting money from the Arabs «or else they count you as hostile (to the Palestinians). We must not forget their terrorist operations against consulates and embassies, assassinations of Saudi figures, as well as the hijacking and bombing of airplanes.»

He went on to accuse the Palestinians of insulting Saudi Arabia by burning its flags and pictures of its leaders and publishing offensive cartoons in media outlets run by members of Fatah and Hamas. Al-Saaed added:

Saudi political analyst Abdel Rahman Al-Mulhem praised the Saudi prince for exposing the Palestinian leadership failures. «The masks have fallen and the truth has been revealed,» Al-Mulhem wrote. «Palestinian leaders could have ended the tragedy of the Palestinian people by accepting United Nations Resolution 242,» he said, referring to the November 22, 1967 resolution that talked about «the need to work for a just and lasting peace in which every State in the area can live in security and peace within recognized boundaries free from threats or acts of force.»

Al-Mulhem said he fully agreed with the Saudi prince’s assertion that Palestinian leaders do not want to end the conflict with Israel because they want to preserve their personal interests, and added:

Commenting on the Saudi prince’s statements about the Palestinian leadership’s corruption and ineptitude, Fahd Al-Shoqiran, a Saudi researcher and columnist, wrote that the Palestinians «must be reminded that the hundreds of billions of money their leaders received to support their cause from Saudi Arabia throughout its history were capable of building the Palestinians huge cities.»

«That’s why the talk about the need for an efficient alternative political leadership causes them to panic. The prince’s speech was clear, direct, accurate and frank. The speech is a wake-up call. Things have changed, and whoever wants a solution should seek ways to achieve one.»

Palestinian leaders, meanwhile, appear to be afraid of responding to the serious charges made by Prince Bandar bin Abdulaziz.

These leaders have not sent their people to the streets to burn Saudi flags in protest of the criticism made by the prince and other Saudis. Palestinian Authority President Mahmoud Abbas and his officials are well aware that, unlike the UAE or Bahrain, Saudi Arabia is a large and extremely powerful country. They also know that losing the support of Saudi Arabia would mean forfeiting the backing of several other Arab countries closely associated with the kingdom.

The latest Saudi media onslaught against the Palestinians could be seen as a prelude for Saudi Arabia following suit with the UAE and Bahrain by establishing relations with Israel. What is evident, meanwhile, is that, where Saudi Arabia is concerned, the Palestinians are on very thin ice. In fact, they may wake up to discover that the ice is melting all over the Arab world.