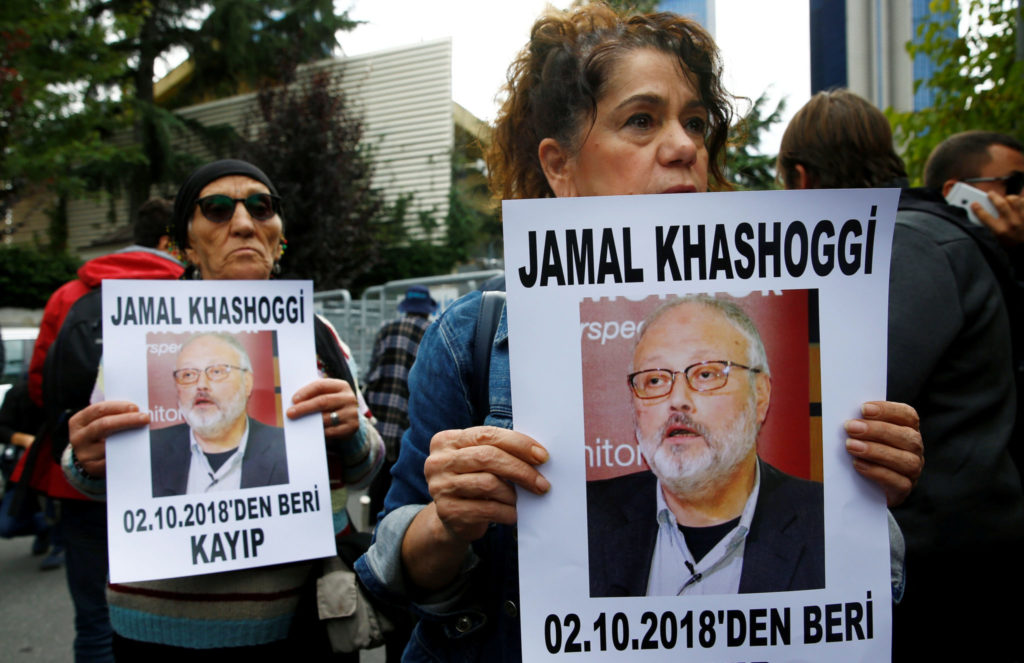 “We’re going to get to the bottom of it and there will be severe punishment,” Trump said.

Asked whether Saudi Crown Prince Mohammed bin Salman gave an order to kill Khashoggi, Trump said, “Nobody knows yet, but we’ll probably be able to find out.” Trump added in excerpts of the “60 Minutes” interview that will air on Sunday, “We would be very upset and angry if that were the case.” (…)

Trump said there was much at stake with Khashoggi case, “maybe especially so” because he was a reporter.