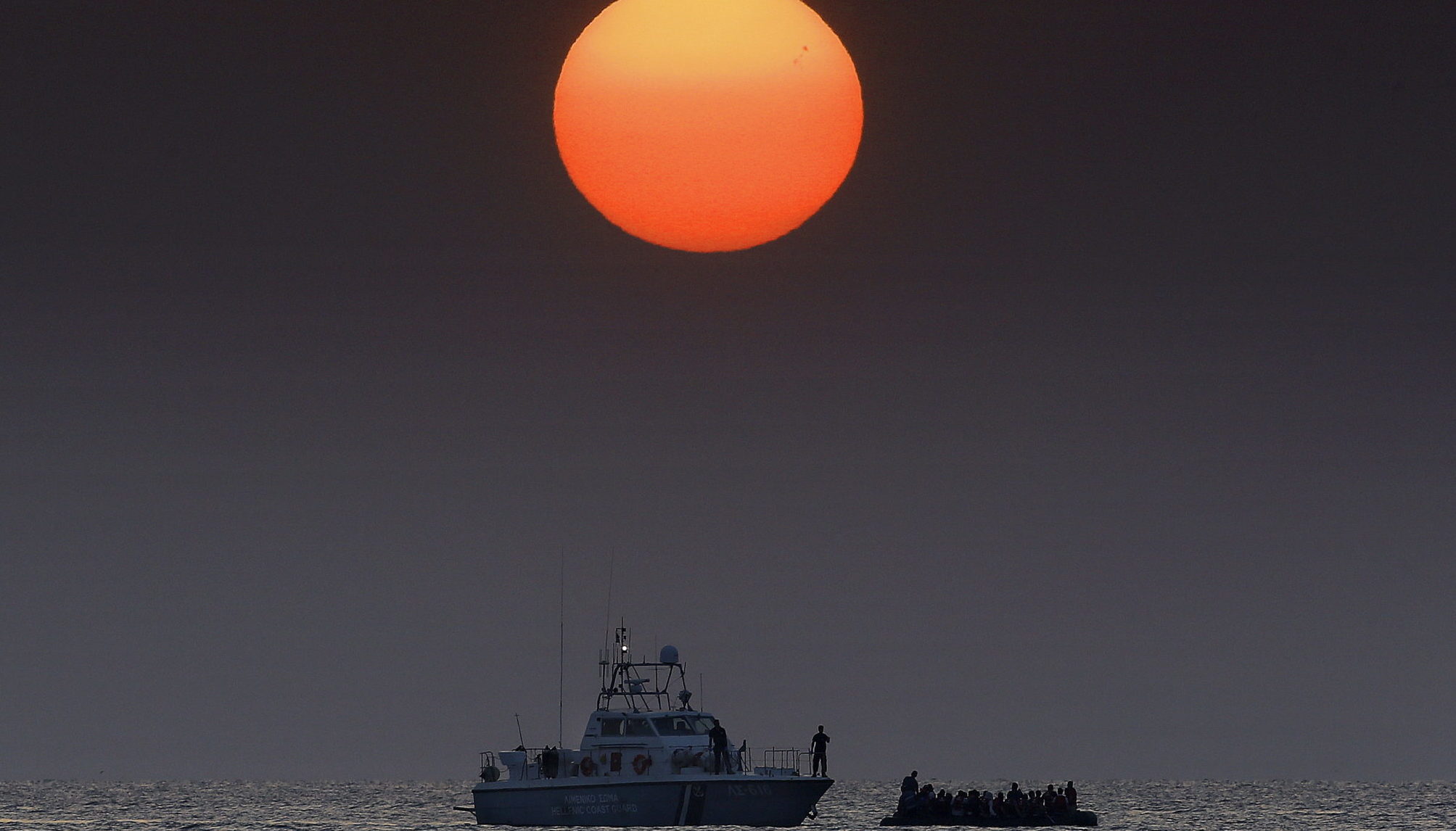 An officer onboard a Greek Coast Guard boat (L) talks to Syrian refugees overcrowdeding a dinghy as it drifts in the Aegean sea between Turkey and Greece after its motor broke down off the Greek island of Kos, August 11, 2015. United Nations refugee agency (UNHCR) called on Greece to take control of the «total chaos» on Mediterranean islands, where thousands of migrants have landed. About 124,000 have arrived this year by sea, many via Turkey, according to Vincent Cochetel, UNHCR director for Europe.REUTERS/ Yannis Behrakis