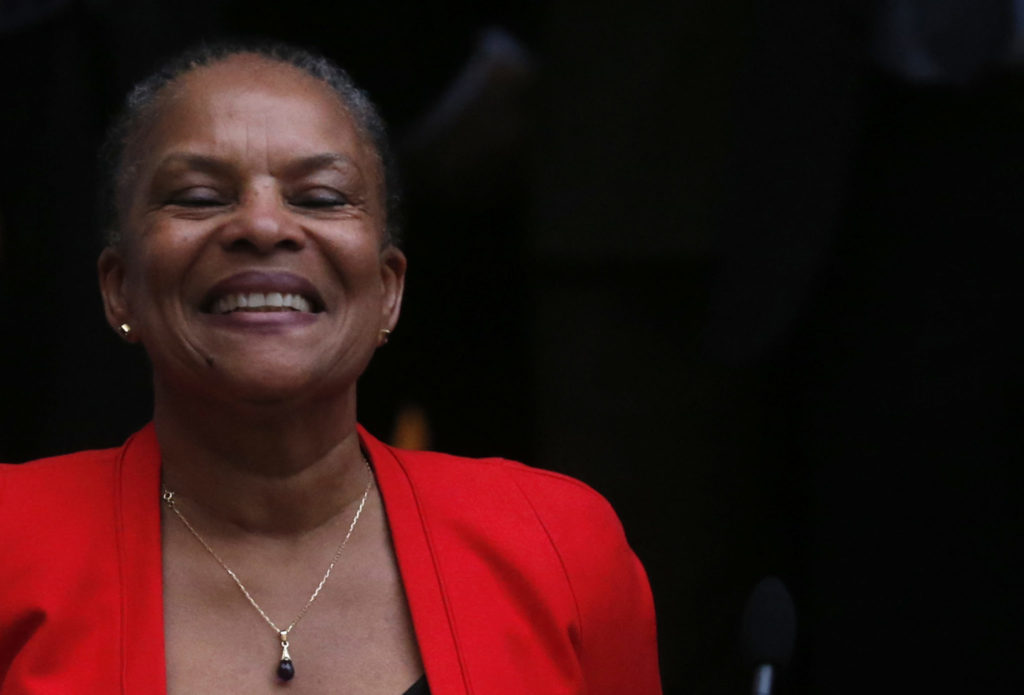 When members of a small French far-right nationalist group, Génération Identitaire, occupied a mosque under construction in Poitiers in 2012 and said they were celebrating the anniversary of the battle of Poitiers (732 AD), in which Charles Martel defeated the army of the Ummayad Caliphate, thereby routing the Arab invasion of France, the prosecutor of the Republic of France launched an immediate investigation for «incitement to racial hatred.» Five of the activists were arrested, indicted, and this month, sentenced to one-year suspended prison sentences. The court sentenced four of them to deprivation of their civic rights (such as the right to vote in elections) for the next five years. In addition, the Génération Identitaire organization had to pay a fine of 10,000 euros, and the four activists had to pay a fine of 24,000 euros to the organization «Muslims of France» («Musulmans de France«), which is the owner of the mosque and the legal representative in France of the Egyptian Muslim Brotherhood movement. If the fine is not paid, the activists will go to jail.

The lawyer for Génération Identitaire, Frederic Pichon, said he was«flabbergasted by the severity of the sentence» and that the decision was «political». «I cannot help comparing it with the incredible impunity that… Femen received when it burst into the cathedral of Notre-Dame de Paris,» he said.

Pichon was referring to a 2013 incident, in which members of the feminist group Femen had burst topless into Notre Dame Cathedral, were accused of damaging a bell, and in 2015, were acquitted by the Paris court of appeals. Two of the security officers who drove the perpetrators received fines.

The heavy sentence against far-right activists of the Génération Identitaire, however, should not have come as a surprise. The French judicial system is simply applying a policy which claims that the new enemy of the society is not Islamism, but the traditional fascism of the extreme right. This policy, elaborated by the Ministry of Justice and applied by prosecutors, is based on two assumptions. The first is that — despite the fact that since 2012 more than 250 people have been murdered in France by Islamic terrorism — there is supposedly no Islamist war against France or any other non-Muslim country. Islamists killers are presumably only «lone wolves» or «mentally ill». The second assumption is that if there is no Islamist war against non-Muslims, all critics of Islam and Islamism are not exercising freedom of speech but expressing racism.

The denial of an Islamist war was established in the judiciary by Minister of Justice Christiane Taubira in 2012, under the socialist president François Hollande. Taubira staffed her ministerial office with a significant number of members of the Syndicat de la Magistrature, an Islamo-leftist union of judges.

To get an idea of what the Syndicat de la Magistrature (SM) is, its general secretary, Laurence Blisson, told the communist paper l’Humanité in 2015, after the terrorist attack against the satiric magazine Charlie Hebdo: «We are facing extremely serious criminal acts, but we are not facing a war…» Blisson was also very active in public meetings, siding with Islamist figures such as the activist grandson of the Muslim Brotherhood, Tariq Ramadan, and the founder of the Collectif contre l’islamophobie («Collective against Islamophobia,» CCIF), Marwan Muhammad.

Under Taubira, François Molins, the prosecutor of Paris, became the backbone of the fight against terrorists and the Denier-of-War-in-Chief. Molins showed great lexical inventiveness in finding different definitions each time for the same acts of terrorism: killers became «isolated and troubled«; «lone wolves«; «mentally unbalanced» or «radicalized at the last minute«. One Islamist terrorist became a «neophyte«. All these circumlocutions appear to have the same goal: to deny that Islamist terrorism is a coordinated movement and that Islamist warriors are mainly French citizens engaged in a war against their own country.

The case of Jawad Bendaoud illustrates the mindset of denial of war. Bendaoud was arrested because in one of his apartments, he had sheltered two members of the Islamist cell that had committed the terrorist attacks of November 2015 at the Bataclan Theater, several cafés and the Stade de France stadium, in which more than 130 people were murdered. At first, Bendaoud, prosecuted by Molins’s department of justice, was accused of being «associated with terrorist criminals for the preparation of one or more crimes to harm people». Three months later, however, when public anger calmed down, Bendaoud’s crime of «terrorism» was downgraded to just «concealment of wrongdoers». Under the first charge, Bendaoud risked 20 years in prison; under the second, only three.

Another Islamist, Kobili Traore, who murdered an elderly Jew, Sarah Halimi, in spring of 2017, was immediately sent to a psychiatric hospital. For the Paris prosecutor, this Islamist was neither an Islamist nor anti-Semitic. He was regarded as just a poor, mentally-ill killer. Only a report by experts, and public pressure from the Jewish media, moved the Paris prosecutor to reconsider the charges. Sarah Halimi’s murderer will now be brought to court and charged with an «anti-Semitic offense».

In France today, the result of the denial of war is the «anti-racism» movement. Anyone who dares to question Islam or Islamism in its relation to violence and terrorism risks being hauled into court and tried as a «racist.»

Before 2012, the French judiciary considered «racism» a difficult matter. Most of the time, police precincts were reluctant to register a complaint on any matter related to «racism.» They found the entire concept of racism ethereal and seemingly did not want to waste time on a matter where proof is so difficult to demonstrate. Even when a precinct registered a complaint, the file was never delivered to the prosecutor. If a complaint of racism was finally transmitted to prosecutor’s office, it was most often carefully kept at the bottom of the pile of complaints.

In 2012, the Minister of Justice, Christiane Taubira, changed all that. She ordered all prosecutors to hire a «discrimination attaché», an investigative magistrate specializing in cases related to racism. She also ordered all prosecutors to work closely with «anti-racist» organizations, which means they had to get close to the Muslim «anti-Islamophobia» organizations. In January 2015, in the wake of Charlie Hebdo terrorist attack, Taubira ordered all prosecutors in France to pay special attention to all expressions of racism in the country. Her intentions were undoubtedly good, but since then, any kind of criticism or protest against Islam or Islamists immediately comes under suspicion of «racism». The government, possibly afraid of a civil war, began to fight anti-Islamic «hate speech».

As a consequence, a «court jihad» of trials began in France, not only against the far-right, but also against journalists, writers, academics, secular Muslims, and anyone else accused of being a «racist» if he expressed a fear of Islamism, justified or not. Spread by a constellation of Muslim organizations allied to powerful (non-Muslim) «anti-racist» associations, «jihad by court» has brought to trial people who exercised their right to freedom of speech. Many prosecutors have exceeded what was necessary to prevent abuse and the circumvention of the freedom of speech.

It will be now be interesting to see how the courts will treat two Islamists who, in mid-November 2017, penetrated the Carmel de Verdun monastery in eastern France, where nuns were celebrating Vespers. The Islamists has shouted and sung Koranic suras in Arabic, and had «encouraged» the nuns to convert to Islam. «If you do not convert to Islam,» they said, «you will go to hell». On the Golden Book of the Carmel, the monastery’s visitors book, they wrote «Allahu Akbar» («Allah is the greatest»). The two men were later arrested by the police. Their trial is expected in April 2018. Officially they are charged for «psychological violence» and could face up to three years in prison and a fine up to 45,000 euros.

Yves Mamou, author and journalist, based in France, worked for two decades as a journalist for Le Monde. He is finishing a book about «Collaborators and Useful Idiots of Islamism in France,» to be published in 2018.

«Court Jihad»: How the French Justice System Assists Islamists
by Yves Mamou
December 22, 2017 at 5:00 am
https://www.gatestoneinstitute.org/11563/france-justice-system-islamists