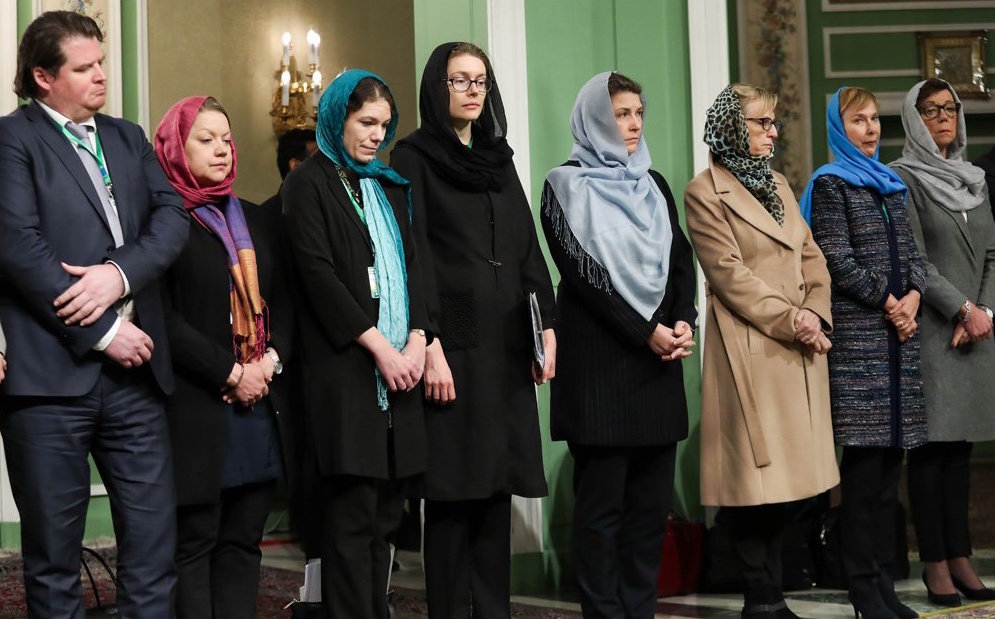 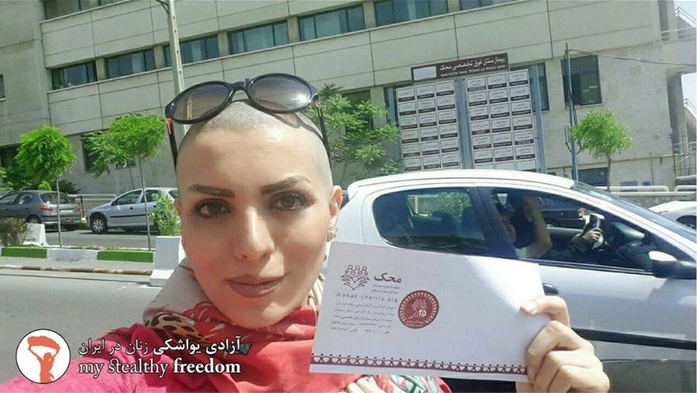 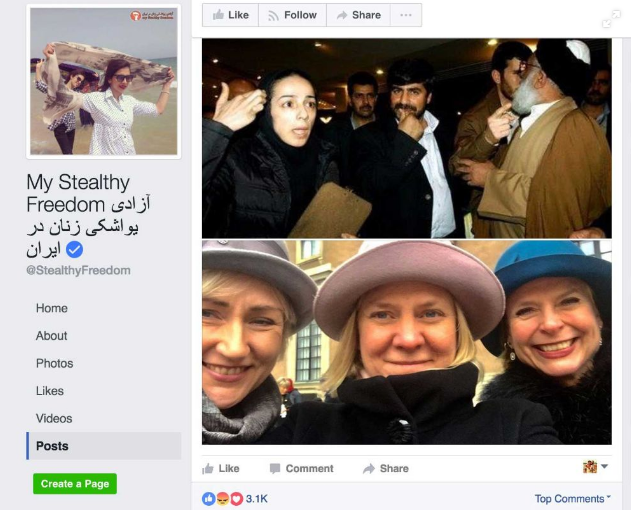 A letter to Magdalena Andersson the #Swedish Minster for Finance : Don’t compare your hat to the compulsory hijab.

I am an Iranian woman and the founder of My Stealthy Freedom Campaign that has been militating against compulsory veil and in favour of freedom of choice for women. You claimed that wearing headscarf in Iran is the same as wearing a hat in Sweden. Are you serious?
This is me in the picture when I was a parliamentary journalist, The cleric is trying to punch me on the face just because of not wearing a proper islamic hijab. A hat was not an option.

Have you ever been forced to wear the hijab all your life? Have you ever experienced the brutality of the morality forcing you to cover your hair? The answer is: NO. However, for us, millions of Iranian women, this is unfortunately a daily reality of our life. That is why you probably do not understand the difference between a compulsory headscarf and a hat (which, by the way, you have worn willingly). Your comparison of both situations is downright inattentive to the daily struggles of millions of Iranian women who brave beatings by the morality police whenever they attempt to express their freedom of choice.

Yes, you can make fun of our struggle, but I would appreciate it if you understood that we are talking about compulsory hijab whereas when you show us your pictures with hats, you are actually exercising your freedom of choice. You are actually trying to blur the huge distinction between the compulsory veil that Iranian have to wear and your act of willingly wearing a hat. I am sure that you must have condemned the burking ban in France. So did our campaign because the burkini ban as well ran counter to freedom of choice. By the same token, you never downplayed the burkini ban like the way you are downplaying the compulsory veil law in Iran.

No-one forced you to wear these beautiful hats. We sincerely wish that you have fun and stay safe. Despite your stance, we will never give up our struggle and I am sure one day you will hear our voice and our challenge against compulsory hijab. As evidenced by your act of wearing the compulsory veil when you were in Iran, it is no longer an internal matter; our government forced all of you to follow a discriminatory law. We all have to be brave and say NO to any form of humiliation. That is called sisterhood and solidarity. Let’s be clear: we have never asked you to insult the laws in our country; we have merely asked you to challenge this insulting law and not to abide by it.

By showing us pictures of yourselves in hats that downplay your act of wearing the compulsory veil, you are actually insulting all women who have been fighting against compulsory hijab. By blurring the distinction between both, you are banalising what Iranian women have to endure on a daily basis. Stand by your sisters and do not hesitate to grill our rulers about this discriminatory law. History will judge all of us. By the way, we are welcoming you to our beautiful country, but please be as brave as Iranian women and challenge the compulsory hijab because if you forced Iranian female politicians to take off their headscarves upon their visits to the West, they would definitely protest. We are in favour of good relations with the West, but we would have loved to see you stand your ground and preach the feminism the same way you do it in Sweden.

France: The Headscarf Debate is Not about Headscarves - 25. oktober 2019