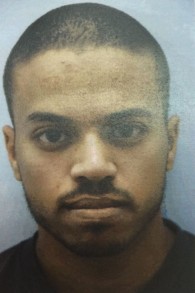 According to the Shin Bet security service, Alukabi’s mother was originally from the Gaza Strip and was granted citizenship because she was married to an Israeli Arab. The terrorist had no previous criminal record.

Alkubi’s father, Khalil, also condemned his son’s attack and stressed that he deplored any form of violence.

“This is an individual act carried out by my son on his own accord,” Khalil Alkubi said, according to the Maariv news site. “We are against violence.”

Talal al-Krenawi, the mayor of Rahat, a large Bedouin city near Beersheba, said the shooting caught the community by surprise.

“His family is not known as a family that encourages acts of terrorism,” al-Krenawi told Channel 2. “The head of their family, Sheikh Alukabi, helped establish this state,” he added. “This is why we are even more shocked; we really cannot comprehend it.”

According to an initial police investigation, a Palestinian assailant stabbed a soldier and stole his firearm, then opened fire on the crowded bus terminal. The unidentified man was then shot and killed by responding forces after holing up in a bathroom.

During the confusion of the attack, two officers — one from an anti-terrorism unit and another from the Border Police — mistook the Eritrean national for a second gunman and shot him in the head.

It’s not just the use of a gun that makes Israel Hayom’s Yoav Limor say the attack “changes the situation,” but also the identity of the attacker, who was named Monday morning as an Israeli Arab from the outskirts of the Bedouin town of Hura.

“The attack last night changes the picture. Firstly because it happened ‘here’ in the heart of Israel, but mostly because of the identity of the attacker. He indeed did not carry any ID, but all the signs last night pointed to him being a minority,” he writes, using a slightly more PC euphemism for Arab. “We need to be careful about collective punishment, but the effects of the attack will be well felt: both with an accusatory finger and with suspicion that will fall on all of them.”

Rather than playing up the aspects of the attack that show a shift, Haaretz’s Amos Harel instead notes that the Beersheba shooting is a sign that the violence that has rocked the country for some two weeks now isn’t going anywhere. His prognosis looking ahead is not a positive one.

“What’s liable to happen next is what the defense establishment has been predicting for the past several days: Organized cells, perhaps affiliated with terrorist organizations, will join the lone stabbers. There are plenty of weapons in the West Bank aside from those belonging to the Palestinian Authority security services,” he writes. “Most are held by the Tanzim, the armed wing of the PA’s ruling Fatah movement. But there are also presumably armed Hamas cells that have been keeping a low profile until recently. Saleh Aruri, who runs Hamas’s West Bank terror cells from Turkey, will surely invest significant effort now in fomenting additional attacks.”