A Palestinian Authority [PA] minister who equated Jewish blood with Palestinian blood has been strongly condemned by many Palestinians, including his own family. 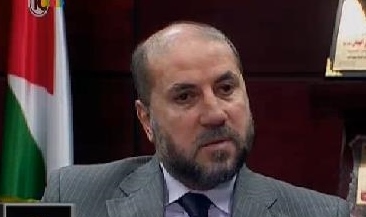 The attacks and threats against PA Minister of Religious Affairs Mahmoud al-Habbash serve as a reminder of the extent to which Palestinians have been radicalized over the past few decades.

The uproar began when al-Habbash, in a meeting with Israeli journalists in Ramallah, was asked about the recent terrorist attack near Hebron that killed police officer Baruch Mizrahi on Passover eve. 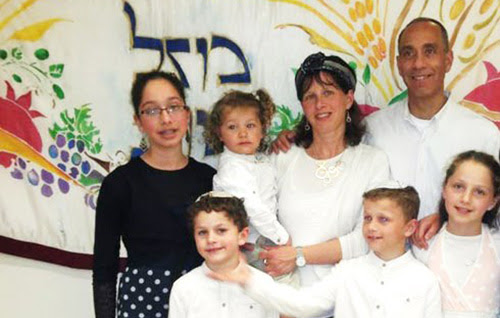 Israeli police officer Baruch Mizrahi (upper right) was shot and killed by a Palestinian terrorist near Hebron on April 14, as he drove to a family celebration with his wife and four of their children. His wife Hadas Mizrahi was shot and wounded.

In response, al-Habbash said, «We reject all forms for violence, whether they are directed against Israelis or Palestinians. Palestinian blood is like Israeli blood. It is human blood and precious and no one wants anyone killed.»

Although al-Habbash did not specifically condemn the terrorist attack near Hebron, the Israeli journalists reported that he had indeed denounced the killing of Mizrahi.

The Palestinian Authority leadership has refrained from publicly condemning the terrorist attack out of fear that such a move would draw angry reactions from many Palestinians.

The report in the Israeli media about the minister’s supposed condemnation has triggered an unprecedented smear campaign against al-Habbash.

Within minutes, a photograph of the minister, dressed up as a Jewish rabbi, appeared on many Palestinian websites, making him the public’s number one enemy.

Al-Habbash’s attempts to deny that he had condemned the terrorist attack have fallen on deaf ears. Many Palestinians appealed to PA President Mahmoud Abbas to fire him and bring him to trial for causing damage to the Palestinian cause.

In a futile bid to contain the public outcry, the beleaguered al-Habbash told a Ramallah-based TV station, «I didn’t use the word condemn. I only said that the Palestinian leadership rejects all acts of violence.»

The minister’s family in the Gaza Strip rushed to issue a statement «disowning» him over his purported condemnation of the terrorist attack.

In the statement, the al-Habbash clan said, «We are proud of the heroic operation in Hebron and of every man and child fighting against the occupation. We disown him and anyone who embraces the despicable Israeli enemy.»

The family later issued another statement denying that it had disowned the minister.

The attacks on al-Habbash have come from Palestinians representing all walks of life, including the ruling Fatah faction in the West Bank.

Zakariya Zubeidi, a well-known former leader of Fatah’s terrorist group, the Al-Aqsa Martyrs’ Brigades, called on al-Habbash to apologize to the Palestinians. «If your blood is like the blood of the Zionists, our blood is not,» Zubeidi declared.

Fatah activists in Jenin strongly condemned al-Habbash’s controversial remarks. «The statements made by Mahmoud al-Habbash about the Hebron operation reflect his own views and not those of Fatah or the Palestinian Authority,» said Fatah leader Mansour al-Sa’di. «We call for lifting his diplomatic immunity and for prosecuting him for administrative, financial and political corruption. We also call on President Abbas to fire him immediately from the Palestinian cabinet.»

Hassan Khraisheh, Deputy Speaker of the Palestinian Legislative Council, also joined the chorus of critics by calling on Abbas to get rid of al-Habbash «because his statements have caused damage to the Palestinians.»

In yet a further escalation, the minister was forced to cancel a visit to the West Bank city of Tulkarem, where he was supposed to inaugurate a new mosque, after Fatah activists declared him persona non grata.

The activists carried placards denouncing the minister on the pretext that he had condemned the terrorist attack in Hebron. They also attacked al-Habbash for equating Palestinian blood with Jewish blood. «Anyone who equates the blood of Yasser Arafat and [Hamas founder] Ahmed Yassin and [Islamic Jihad leader] Fathi Shikaki with Jewish blood is an alien and unwelcome,» read one banner.

Palestinian activists said this week that they were planning to step up their campaign against the minister until Abbas succumbs to their demand to remove him from office and bring him to trial.

Palestinian Authority leaders such as al-Habbash can only blame themselves for such campaigns. The uproar over the minister’s purported condemnation of a terrorist attack should not come as a surprise to anyone. By glorifying and embracing those who launch terrorist attacks against Israel, the Palestinian Authority leaders lose the right to complain when their people turn against them even when they make ambiguous statements such as, «we reject all forms of violence against anyone.»

The angry reactions show that there are many Palestinians who see no problem with a terrorist attack against a Jewish family on its way to celebrate Passover. They also show that many Palestinians are capable of devoting huge amounts of energy to disgorging their hatred and disdain for anyone who dares to speak out against violence or express regret over the spilling of Jewish blood.

With such sentiments, it is hard to see how U.S. efforts to achieve peace and coexistence could ever bear fruit.‭

Palestinians: Our Blood Is More Precious Than Jewish Blood